At the end of this month, the World Mobile Communications (MWC) Conference will commence and a lot of manufacturers like Samsung, Xiaomi, Sony, LG others are scheduled to release devices. Sony is expected to announce the Xperia XZ2, XZ2 Compact, and XZ2 Pro, however, it appears that there will be more. Three new models from Sony designated H3123, H4113, and H4213 just appeared on GeekBench. These smartphones are powered by a Snapdragon 660 processor and they come with Android Oreo. While Sony H3123 and H4113 are equipped with 3GB of RAM, the H4213 is equipped with 4GB of RAM. 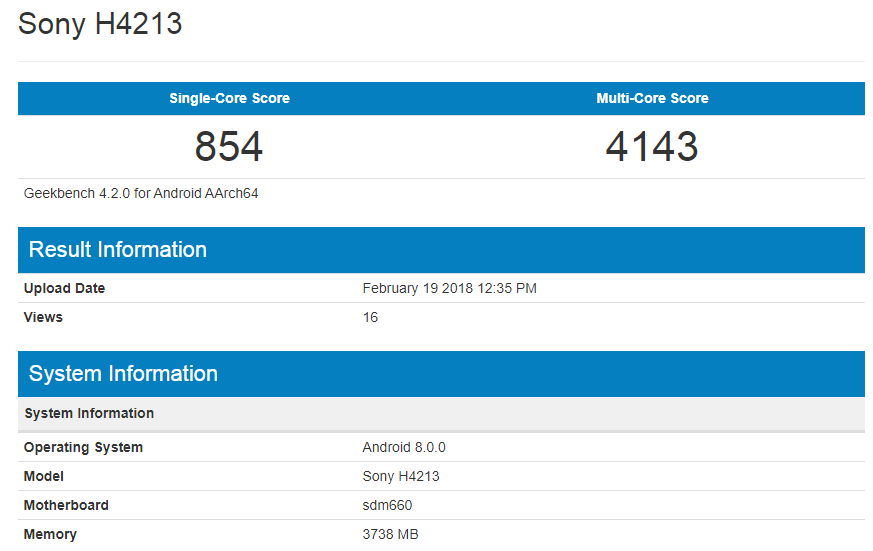 Well, the fact that all three devices with SD660 have a single-core score below 1000 is a bit confusing because SD660 barely score below 1000 on GeekBench rating. These scores are more like a Snapdragon 630 score. 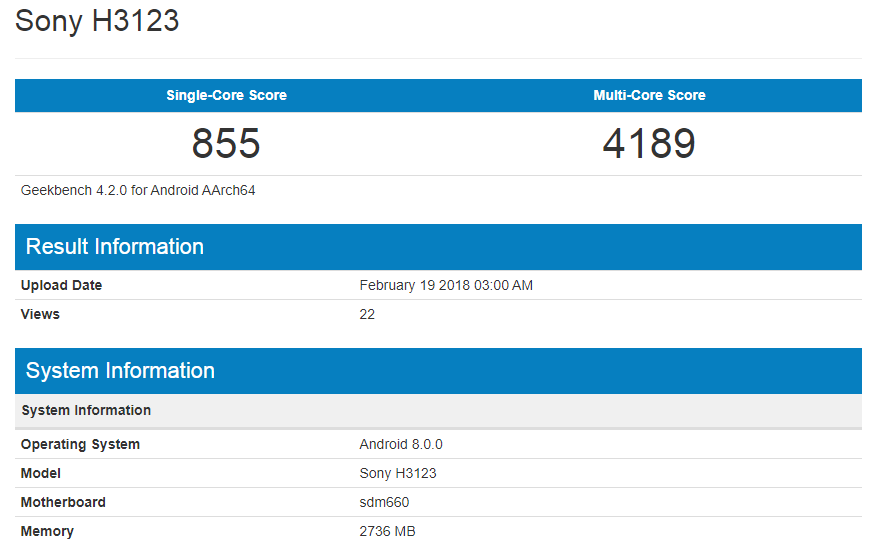 Snapdragon 660 is based on 14nm process using Kryo260 autonomous architecture. The CPU clocks 2.2GHz and its equipped with Adreno 512GPU. The performance of this CPU is 20% higher than the previous Snapdragon 653 while the GPU performance is 30% better. This makes this chip the ‘god’ of mid-range smartphones. 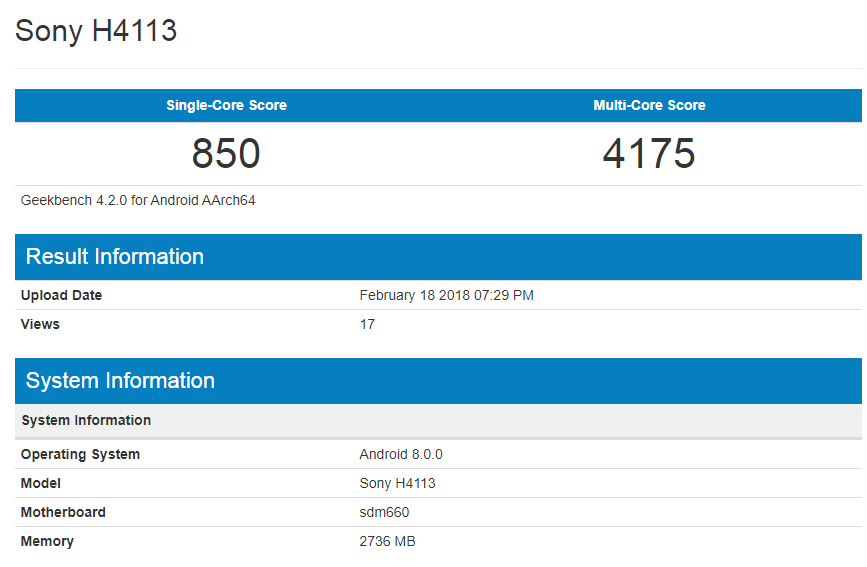 These devices are probably three variants of a particular device. We will have to wait till on the 26th of February to see what they truly are.

Previous Meizu X2 Is No More A Speculation