When I was first told I had to review another rugged phone, I wasn’t too excited about it. But, to my surprise, I have to admit that I’ve liked using the Vernee Active in the past weeks, albeit it comes with some flaws, I’d be fine with it being my daily driver going forward.

If you’re looking for a rugged phone that doesn’t look like a brick, then keep reading our full review of the Vernee Active! 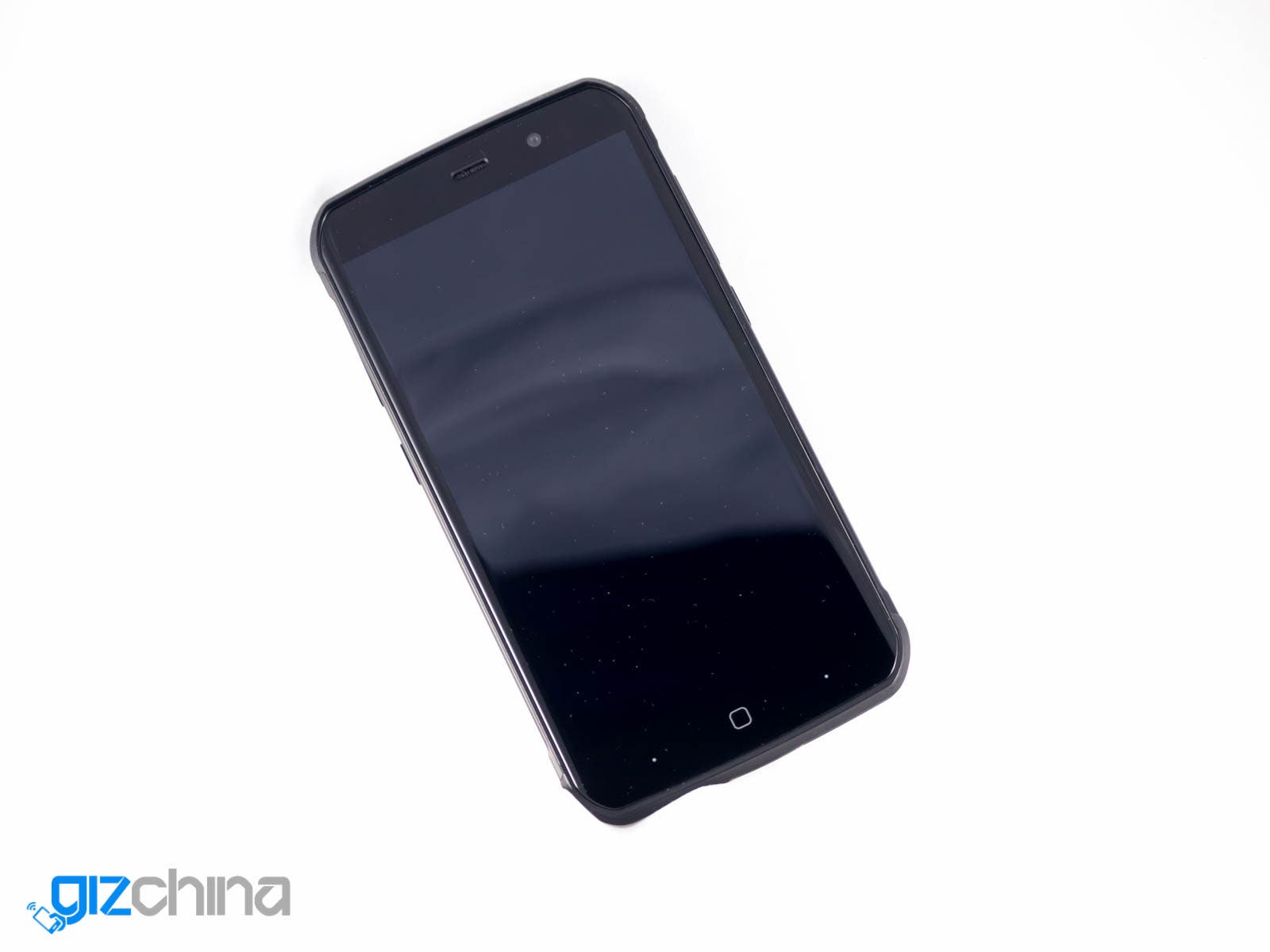 Let’s kick off the review talking about what’s probably the most important factor in a rugged phone – its build quality and design. As you might have guessed by reading the review introduction, the Vernee Active does not look like any other rugged phone on the market, and that’s a good thing.

The smartphone is indeed very slim compared to similar devices currently out. Sure, it won’t be as thin as the average smartphone, but if you take into consideration that you usually put an external case on them to avoid damages from drops and whatnot, while you don’t need one on the already tough Active, then we’re not too far off as far as bulkiness goes. 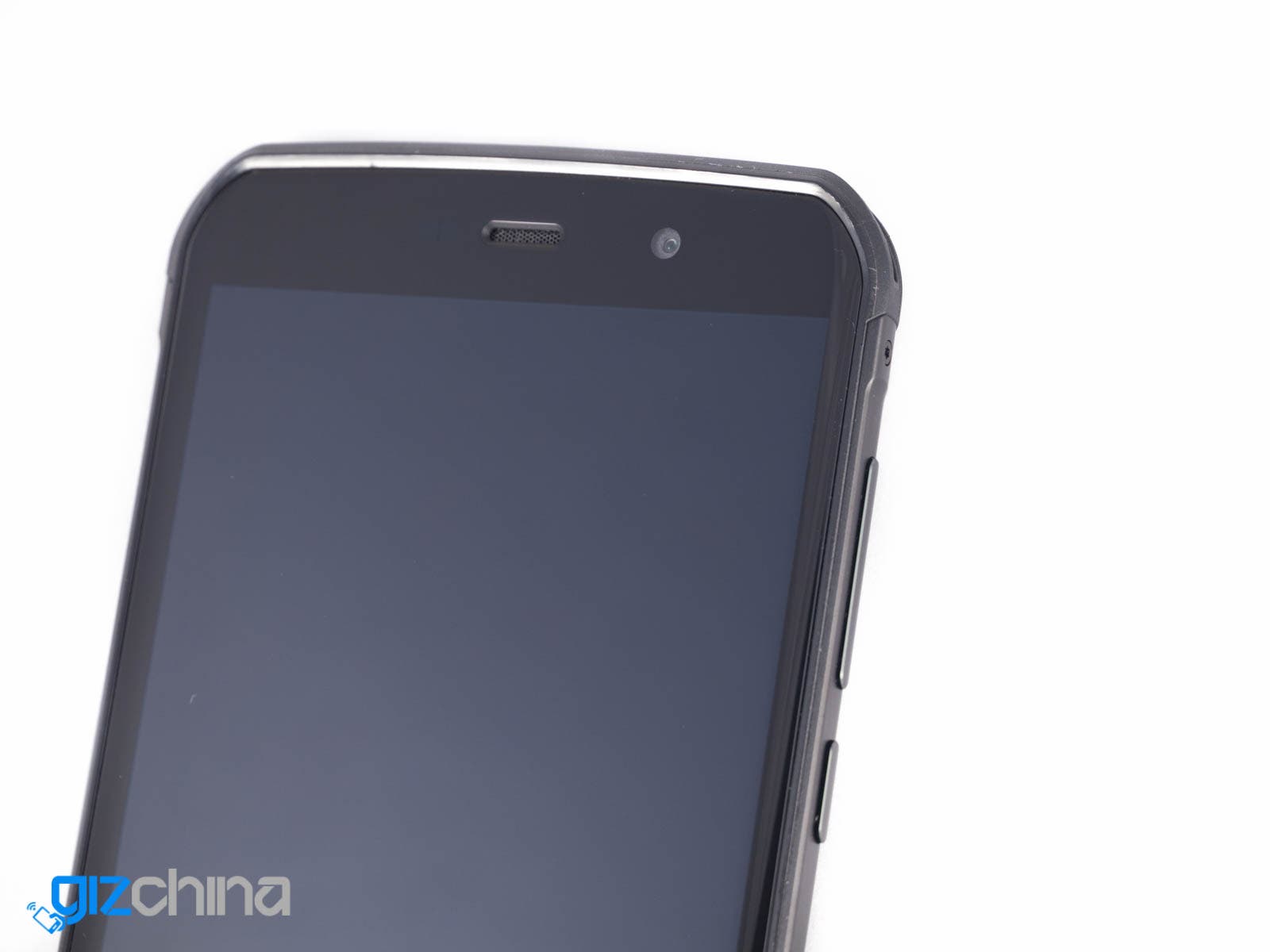 Aside from its slim body, the smartphone also features a very sleek design with a curved front glass that gives it a more premium look – at least when the display is off, we then find the volume rockers and power button on the right, meanwhile on the left we’ve the SIM/microSD slots and an additional smart key below them. The smart key – when pressed – will pop up a wheel with some shortcuts to disable/enable rotation, turn off/on data and more. 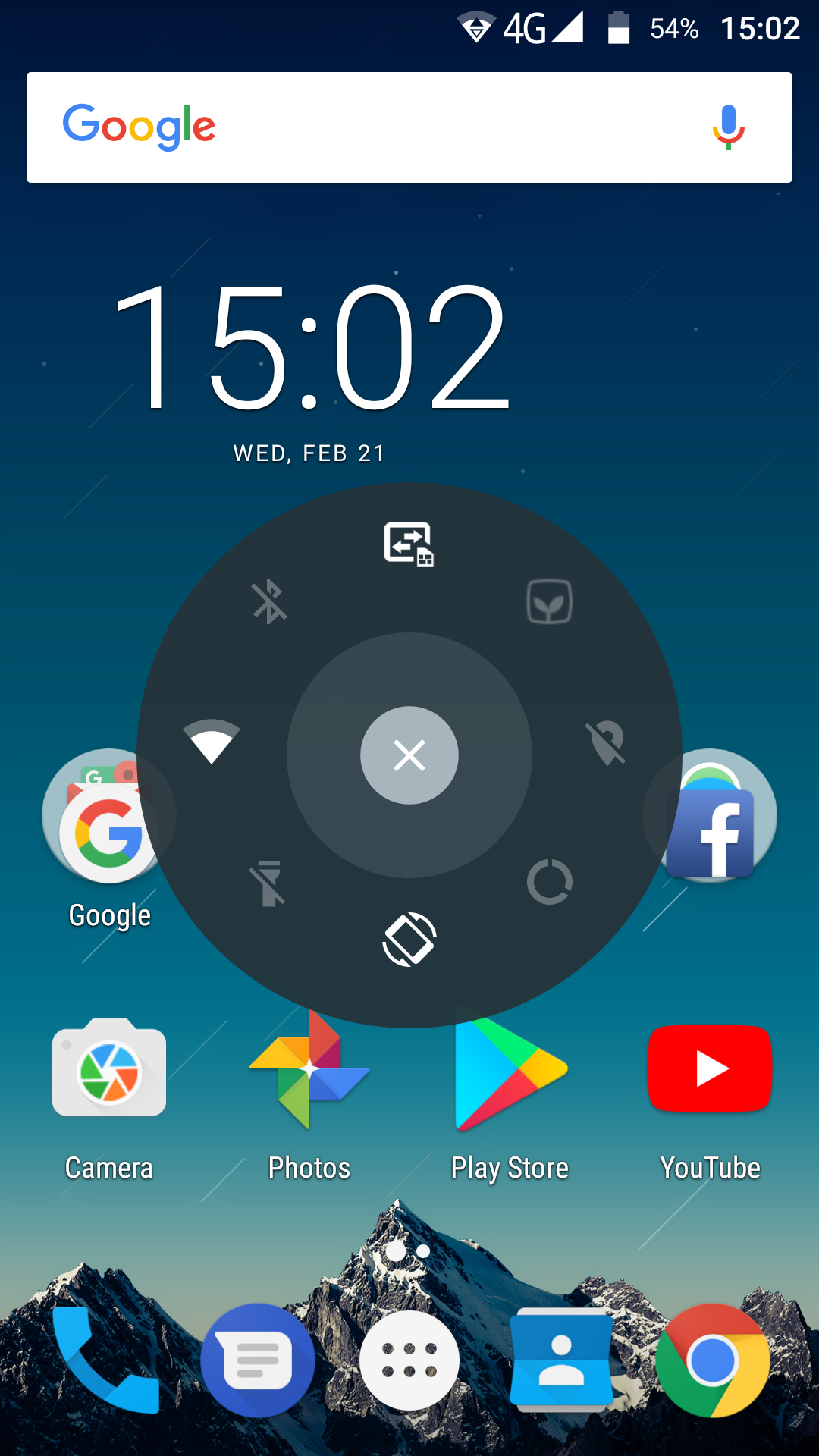 The Vernee Active is IP68 water and dust proof, which is a great feature to have, albeit – in this case – it needs rubbers plugs to make it so. So we have one at the bottom for the USB Type-C port and another at the top for the 3.5mm audio jack. As far as build quality goes, the Active feels really solid in the hand, it does not make any noise when squeezed as well as when shaken. Kudos to Vernee for the high value production quality. Additionally, the smartphone also comes with a plastic rim around the frame to fully protect the display in most fall scenarios. 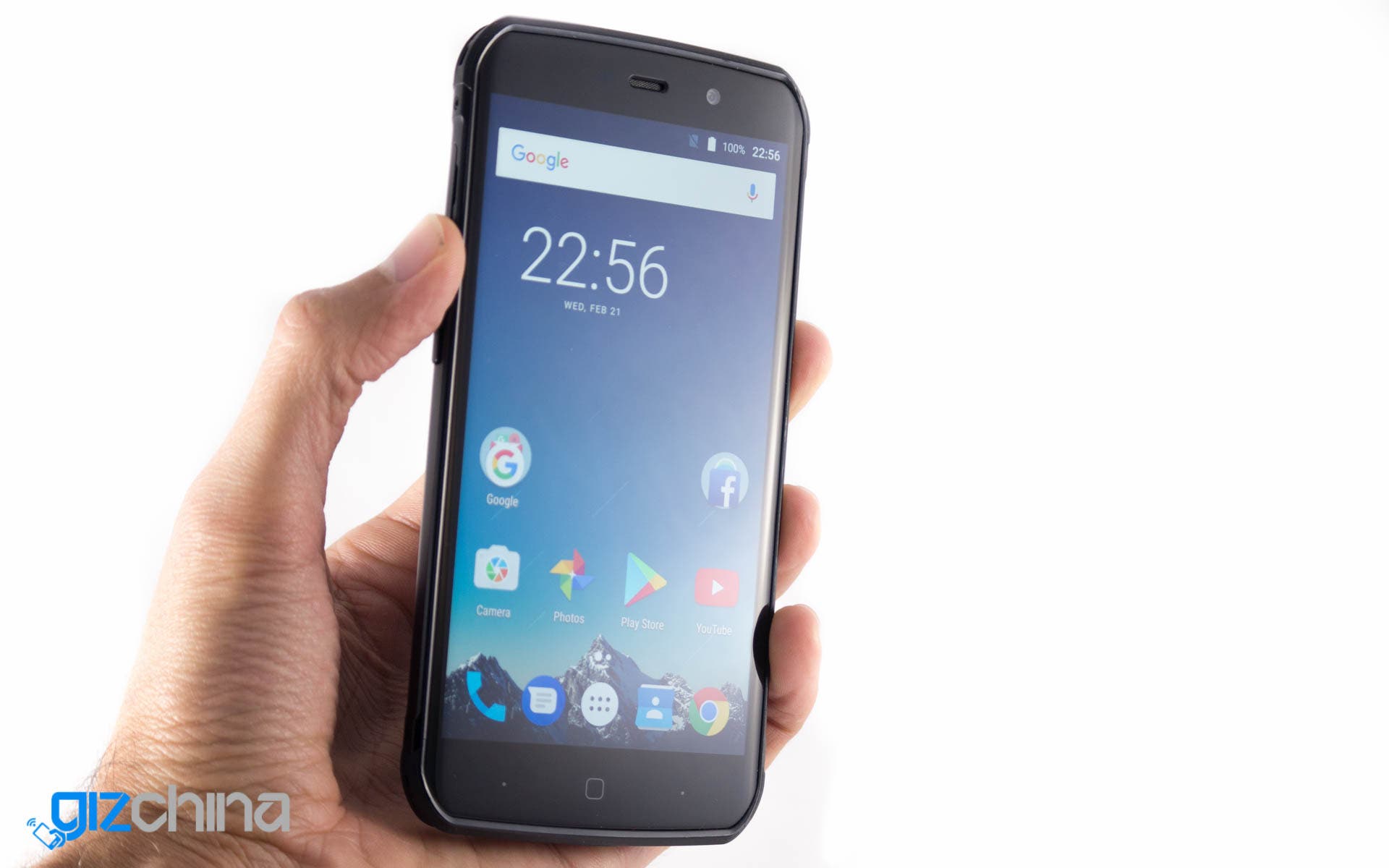 The Vernee Active features some pretty high-end hardware for a rugged phone. The handset does indeed come with a Mediatek Helio P25 octa-core CPU that is able to crunch some impressive numbers in benchmarks, also due to the whopping 6GB of RAM you get along with it. Meanwhile built-in storage is also a massive 128GB which are expandable via the microSD card slot.

Other specs include a sharp and relatively bright 5.5-inch Full HD display, a large 4200mAh capacity battery, NFC and support for a total of 28 bands under 6 networks.

As previously mentioned, the Vernee Active is quite a performer, at least in benchmarks. Down below you’ll find its Antutu and GeekBench scores.

On the connectivity side of things, the Active – while supporting various 4G bands – did not impress me for its reception, mostly talking about 4G LTE here. The smartphone would lose 4G signal in cafes where other smartphone were working just fine, out in the open it wasn’t much better with it slowing down in some areas. Meanwhile GPS signal was a hit and miss, sometimes it’d teleport me around the map, other times it’d work perfectly.

Finally, the built-in speaker placed at the bottom of the phone is good, albeit quality isn’t too high and base are almost absent, but it’s what to be expected from an IP68 rated phone. 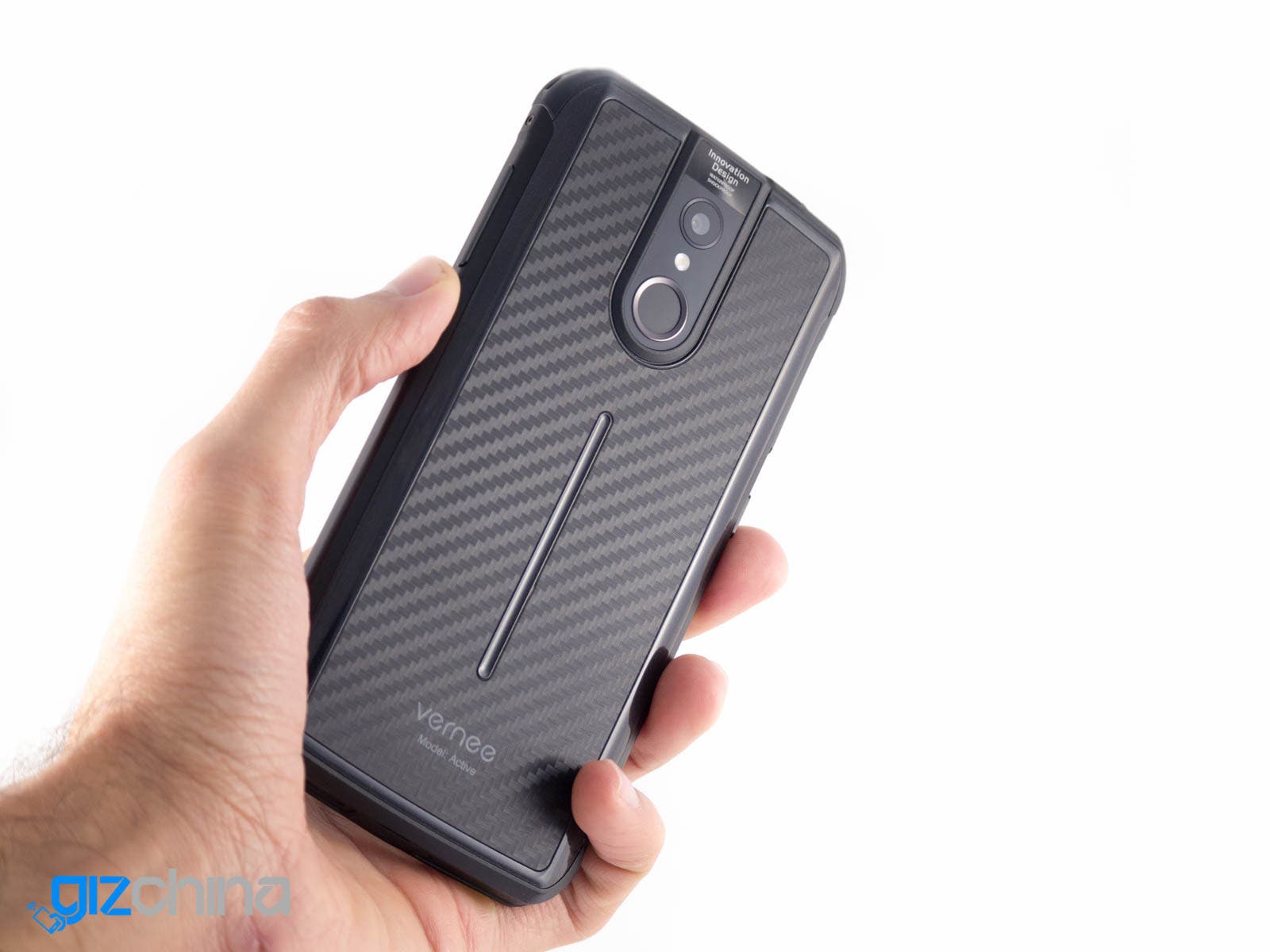 The user experience on the Vernee Active is pretty good, albeit not as positive as I’d have expected from a Mediatek P25 with 6GB of RAM. Now, I’m not saying the smartphone is slow by any means, but I was hoping for it to be a little snappier and keep more apps running in the background to avoid loading times due to the large amount of RAM.

If you really value battery life though, the Vernee Active has some remarkably good autonomy. You can easily get two days of use out of it on a single charge, the phone never overheats and fast charge at 9V2A is available. In addition to that, you also get an Ultra Power-Saving Mode that turns the display to black and white as well as killing unnecessary apps running in the background. The smartphone runs home made VOS operating system based on Android 7.1, which is very similar to stock Android. 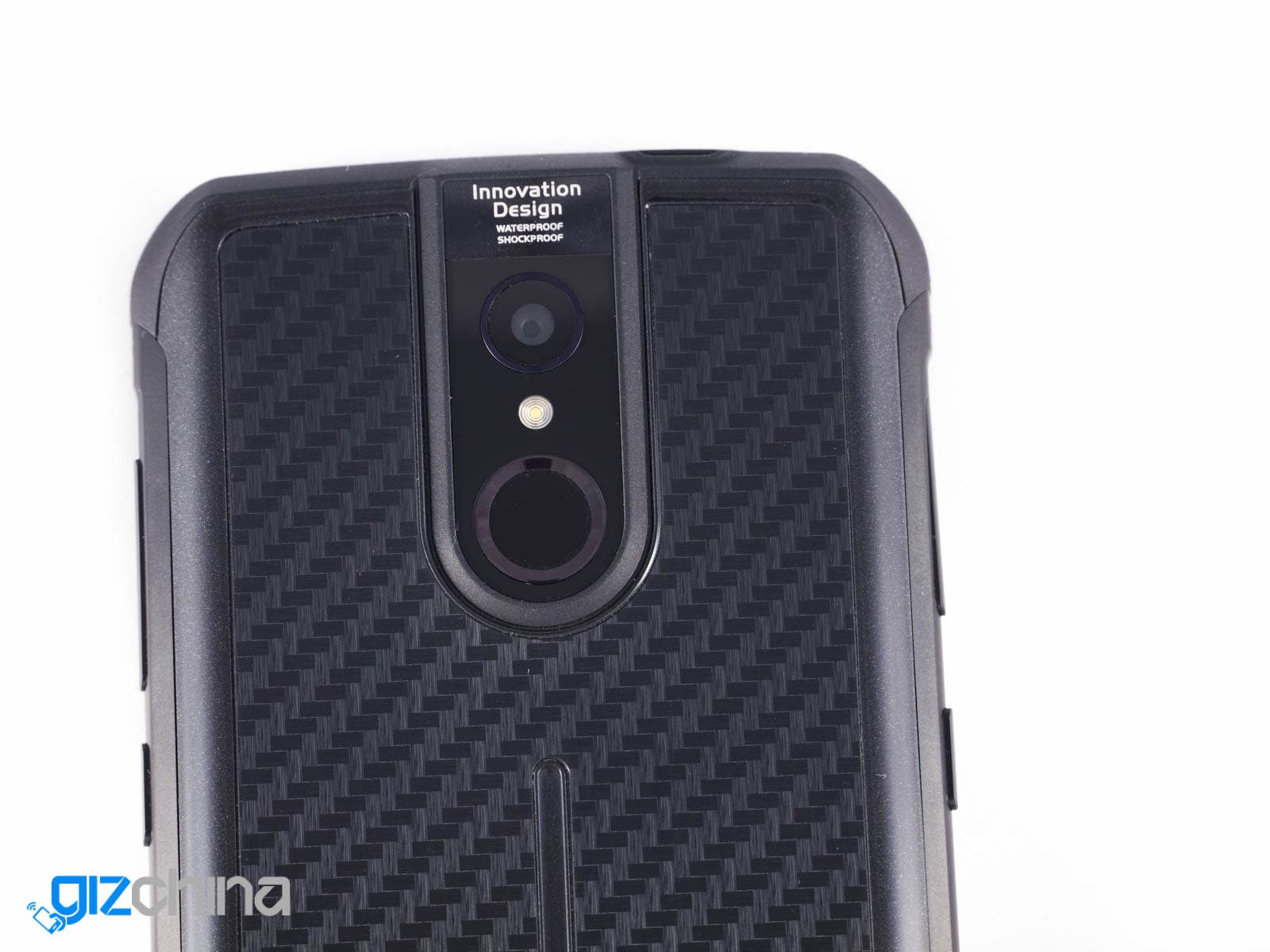 The Vernee Active comes with an high res 16MP shooter on the back which is able to snap some high quality images when it wants to. Irony aside, as with many Mediatek devices, camera firmware is a hit and miss, the Active is no different. You can capture very nice photos in HDR mode, but they may look over-sharpened, focus is not too consistent and dynamic range is poor.

Camera software is also very basic and I couldn’t find any way to change settings other than switching from Normal to Panorama photos and Photo to Video mode. Down below you’ll find some photo samples so that you can judge for yourself. In conclusion: the Vernee Active is probably one of the best rugged phones currently on the market and you could go ahead and get one right now, on two different conditions: 1. You really need a rugged phone; 2. You’re willing to spend almost $300 for one. Why do I say that? Well, the smartphone is great in its category, it’s IP68 waterproof and dustproof, it’s slim, solidly built and it packs some extraordinary hardware for a Mediatek powered phone. Its flaws are the high price for a MTK SoC device and some software lacks we’ve described throughout the review, none of which make the phone “bad” though and could be improved in future updates.

You can purchase the Vernee Active over at Gearbest for $299.99.

Next dodocool DA151 Headphones with Noise Cancelling Technology on Sale