Mobile World Congress is about to kick off in two days time and apparently, there will be a huge phone frenzy in a week’s time. LG is also expected to come with its bag of tricks and surprises. It has been earlier reported that the S. Korean phone maker might showcase an AI-enhanced LG V30 or LGV30s at the show. 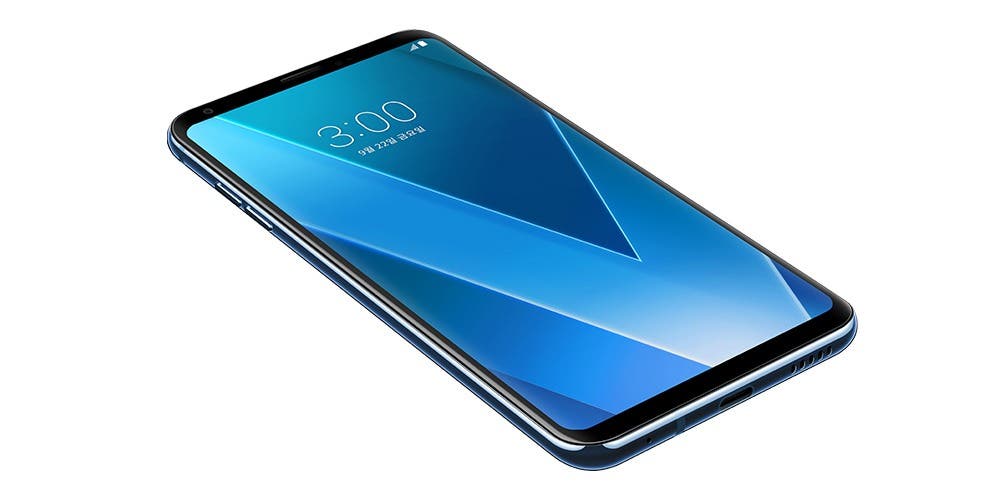 Well, a new leaked render just made that report more believable. The renders above look more like company’s official product images. Up till now, it was known that LG would launch an LG V30s but it wasn’t known that it would be under the new ThinQ moniker. We noticed LG use this name when it launched its smart speaker in December. The smart speaker dubbed LG ThinQ was actually powered by Google Assistant. Later on, LG used the ThinQ moniker for all products that would come with AI. It previewed some products like smart refrigerators and other kitchen devices at CES 2018 under the same banner.

Judging from all this it’s clear that the LG V30s will come with Artificial Intelligence software tweaks. What those tweaks will be is anybody’s guess. It has reported earlier that LG will try to mimic the Bixby Vision functionality on the LG V30s. It seems LG might take a lot more inspiration from Bixby than just Bixby Vision.

As for the specs of the device, expect it to be the same LG V30 that was launched back in 2017. Apart from the flagship LG V30s ThinQ, a number of K series devices will also be refreshed at WMC 2018.

Previous What is Bitcoin & Blockchain: Everything you need to Know! (Beginners Guide)