While the highly anticipated Sony Xperia XZ2 and XZ2 Compact may have stolen all attention of this early MWC 2018 Monday, the Japanese company has another tech to reveal.

The Xperia manufacturer has showcased a new dual-camera prototype that can capture pictures in extreme low light environments. The sensors are capable of up to ISO 51,200 captures and are capable of recording ISO 12,800 video footages.

The new ISP technology, called Sony Fusion, is capable of firing the two cameras simultaneously at dark scenarios in order to maximize the light intake and process the signal in the picture with all possible details. The sad part of this announcement rests in the fact that those sensors still are prototypes, meaning that they could take some time to get available. 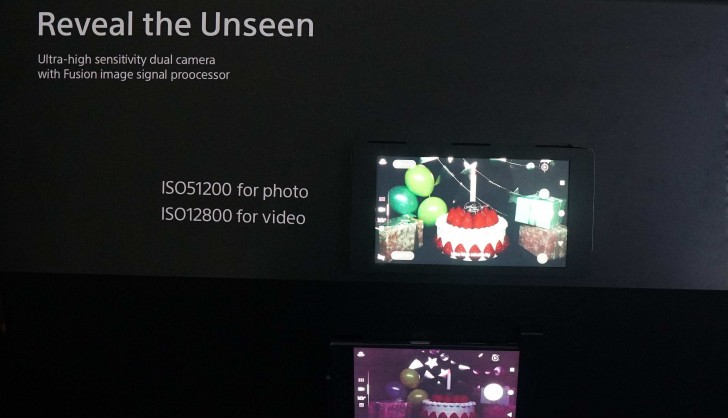 While most of the cheap camera sensors can take no more than ISO 6,400, Sony is aiming at high reaches with its new technology. We just hope that its arrival on the market doesn’t take so long, and the first devices capable of shooting ultra low light footages appears before the end of 2018.