At its MWC press event, Samsung alongside the Galaxy S9 and S9 Plus announced an update to its Dex station dubbed the DeX Pad, and much like the Galaxy S9 duo, the DeXPad comes with a significant upgrade over the predecessor.

For the uninformed, the Dex Pad Station is an accessory that connects your Galaxy S9 phone via an HDMI cable to a computer monitor. It produces a desktop mode of your Android device on your computer monitor. Unlike the DeX station, the new DeX Pad has completely eliminated the need to ferry a physical keyboard and mouse. With your Galaxy S9 docked to the DeX pad positioned flat on your desktop, the screen can be used as a keyboard (dubbed “Touch Keyboard”) and a trackpad (“Touch Pad”). The accessory will get the “Touch Keyboard” functionality much later via a software update, while older devices like the Galaxy S8, Galaxy S8+, and Galaxy Note8 ” will get all its functions via OS update.

Up from the 1080p, the new DeX Pad now support up to 2560×1440. Connectivity option is similar to the one present on the first generation, including USB ports, a USB Type-C port, and an HDMI port. 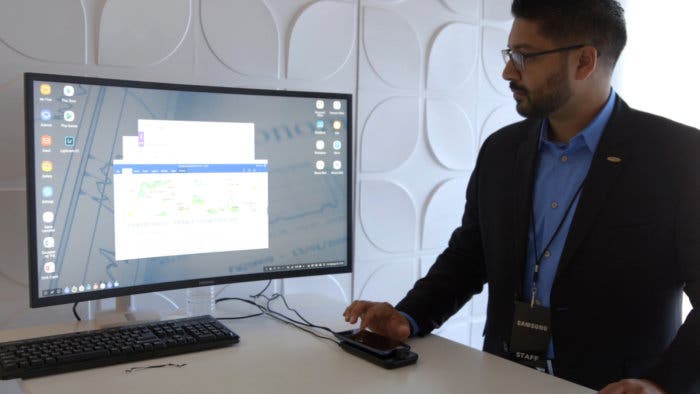 The device should be available later, maybe alongside the Galaxy S9/S9+.