The just concluded MWC 2018 event quite clearly confirmed the current trends in the mobile phone world and most of the makers are tryig to follow it as best as possible. OUKITEL is no exception and they have shown both the new iPhone X clone models  U18 or U19 and the tri-proof rugged smartphone WP5000. 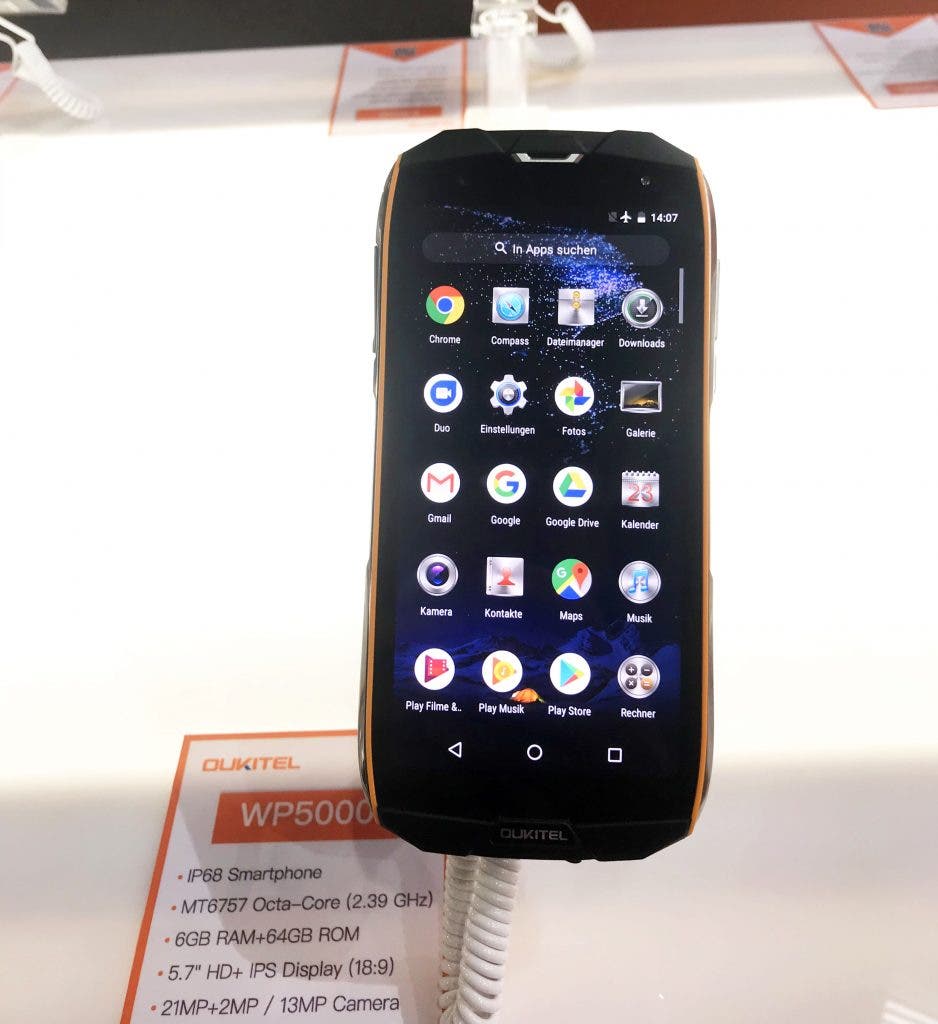 Another fresh OUKITEL product is the tri-proof smartphone OUKITEL WP5000 and it’s the first one in line of the new “WP” rugged series following the success of the K10000 Max. It features military grade protection with IP68 certification, MT6757 octa-core processor (Helio P20), 6 GB RAM, 64 GB ROM and allegedly thin yet big battery. According to the info from the company it should be released by the end of March.