Xiaomi’s MIUI operating system comes with a lot of customizations which makes the operation of this system more fluid. Toda, the company announced the 367th-week update for its MIUI custom ROM and the most attractive aspect of this update is that it brings facial unlock feature to Xiaomi Mi 6 and Mi Mix 2. 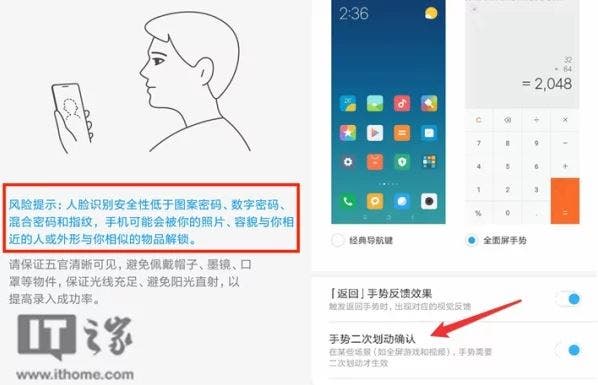 This new face unlock feature uses the selfie camera to identify a few component of the users face such as complexion and wrinkles. It must be noted that the security level of this feature cannot be compared to iris recognition or 3D facial recognition. It is quite vulnerable because people who look like you or have similar facial features as you may be able to unlock your device. In fact, an official suggested that using a pattern password, number password, mixed password, and fingerprint lock is safer than the facial lock.

This update will be released OTA and after installing the update, users have to go to “Settings”, then “lock screen, password, and fingerprint” and then “Add face data” to utilize this feature.

Next OUKITEL introduced two new models at the MWC 2018