A couple days after the Mobile World Congress concluded we can finally have a wrap-up with all the most interesting devices we’ve seen at the event. If you think you might have missed something, then keep reading to get in the loop! 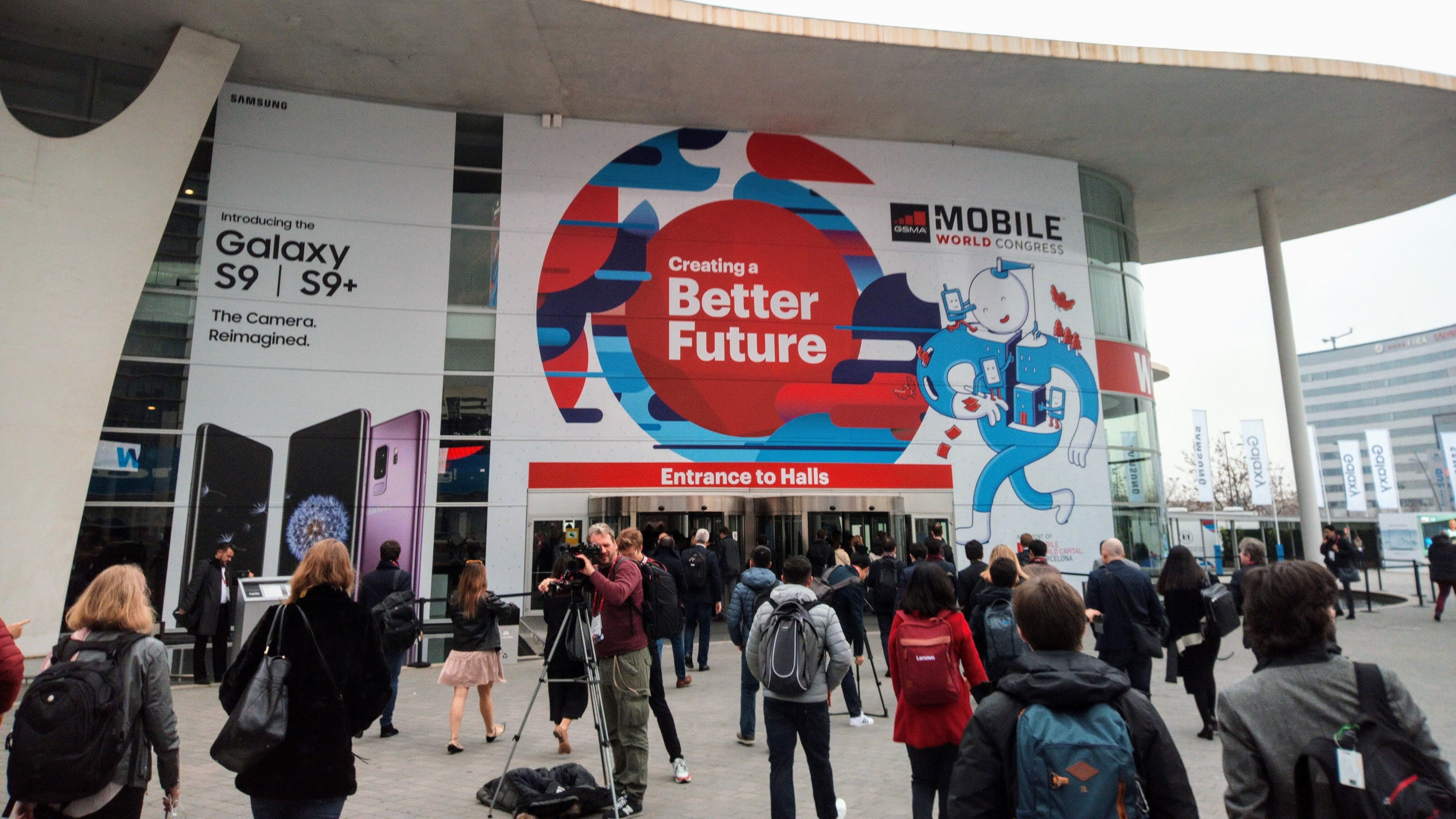 Let’s begin with – hands down – the most talked-of device shown off at the event – the Vivo Apex. The concept phone brought by the Chinese company does indeed feature a mesmerizing look with an almost real full screen design made possible by the 1.8mm thin top and side bezels as well as the hidden camera module that pops up from inside the frame.

The camera pops up automatically when you launch the camera app and get into selfie mode. Another really interesting feature is the sound-conducting technology that allows the smartphone to produce sound for calls without the need of a speaker at the front.

Check out our hands-on with the device down below.

The next device that impressed us the most is the upcoming Ulefone T2 Pro. The handset comes with a massive 6.7-inch display along with incredibly thin bezels. Sure, there’s still a notch at the top, but it’s not as obnoxious as what we’ve seen on other devices.

We also have an hands-on with the Ulefone T2 Pro:

Bluboo attended the event bringing various smartphones but the one who caught our attention was the Bluboo S2. The “tri-bezel-less” device does indeed pack a rotating camera that can be tilted up when needed.

While not as cool as the motorized camera on the Vivo Apex, this is a more viable and cheaper option for most phone manufacturers who want to slim down the top bezel as much as possible. This relatively inexpensive technology also allows you to have a really good image sensor both for ordinary photos and selfies.

Down below you’ll find our first impressions with the device.

That’s probably it as far as smartphones go, the rest were mostly iPhone X clones with top notches, some even had fake ones such as the iLA X.

At the Mobile World Congress there’s always more than mobile phones though, so here we have some of the more interesting products we’ve seen at the fair. 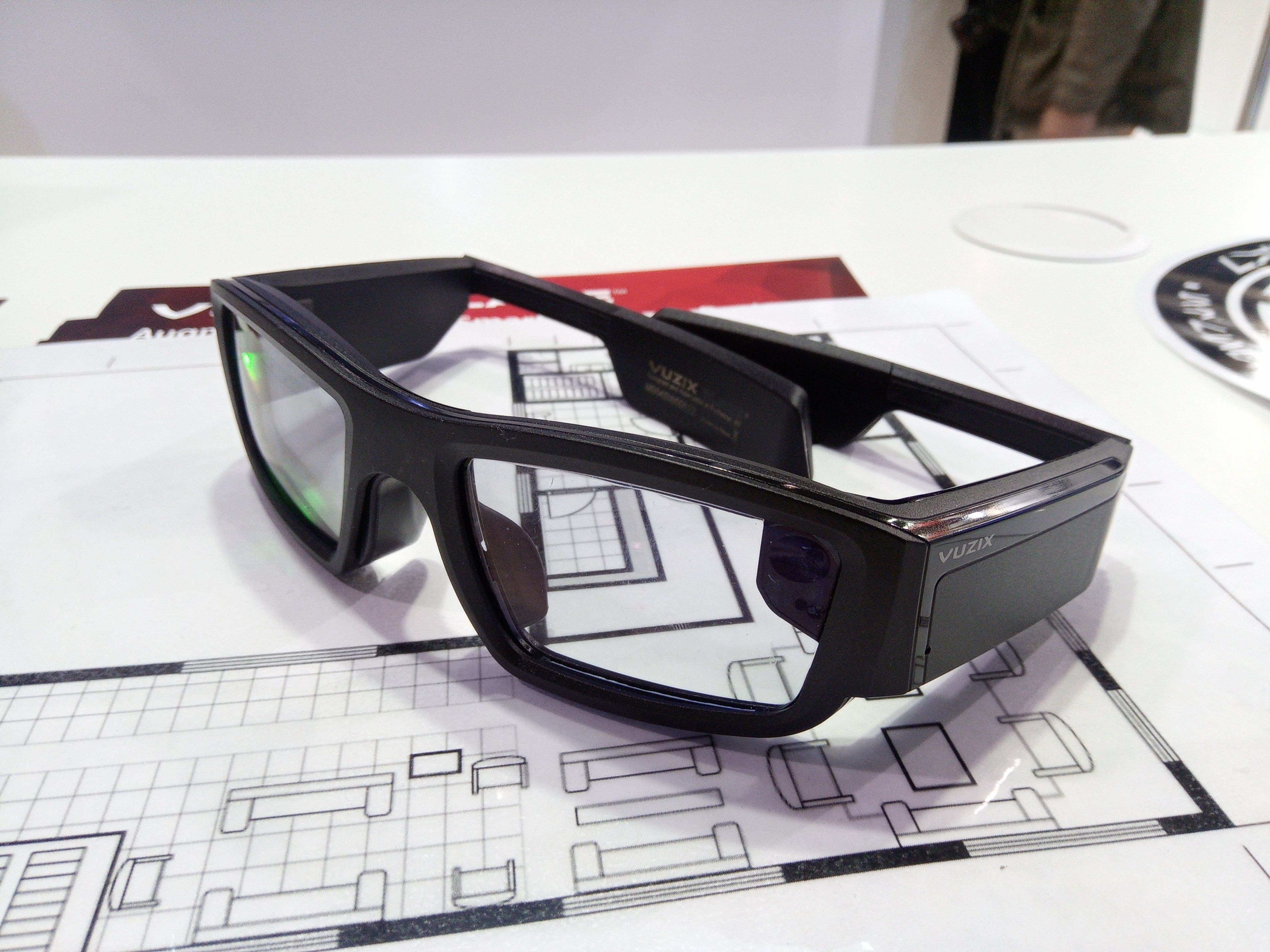 One of the devices that have had more success at the MWC are the Vuzix Blade, a pair of augmented reality glasses for enterprise. These really neat goggles provide a wearable smart display with a see-through viewing experience which utilizes Vuzix’s proprietary waveguide optics and Cobra II display engine. So it’s pretty much likes having your computer or smartphone screen information with you wherever you go. 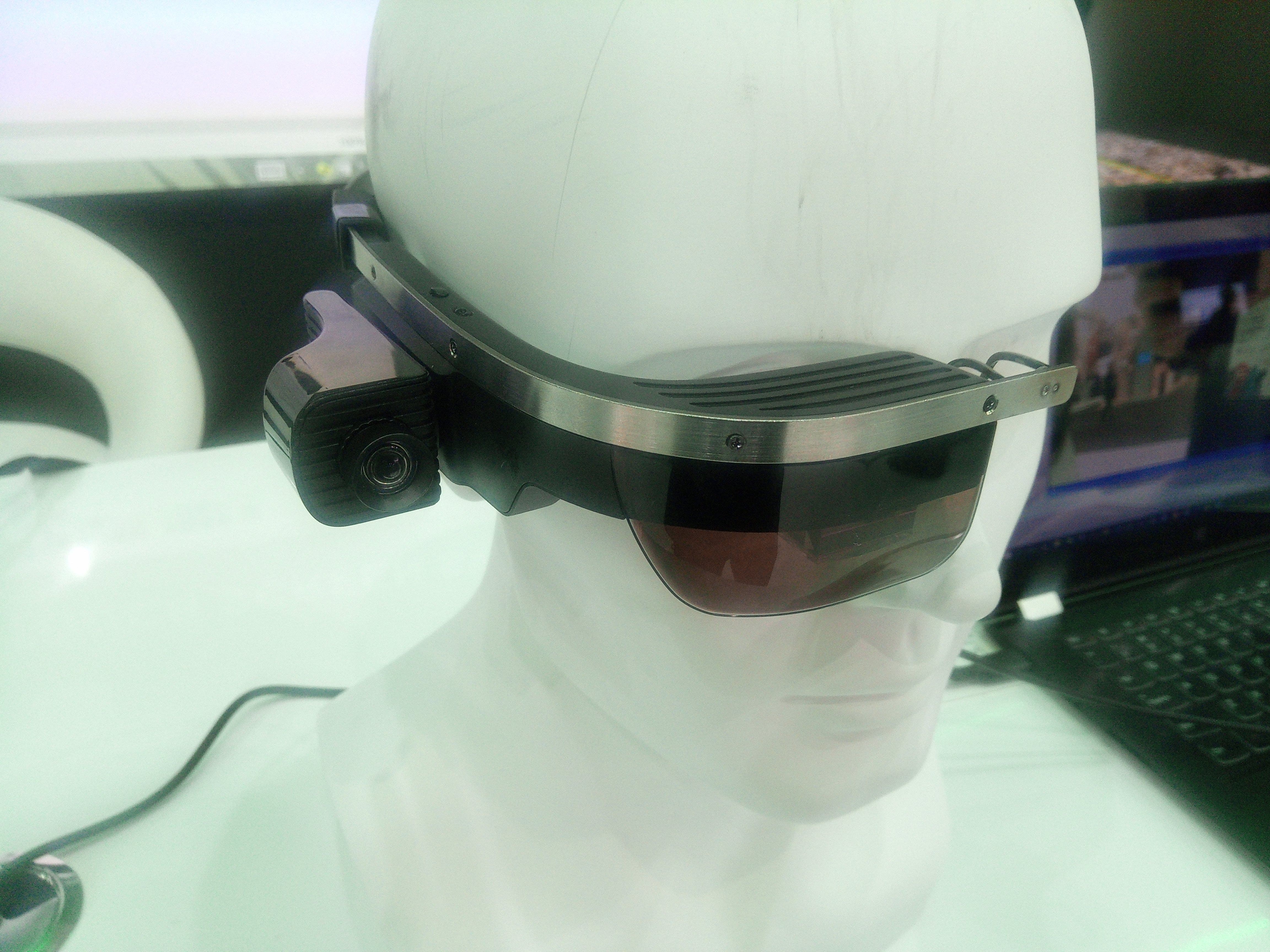 A similar device which uses a different technology is the Scati One AR1. In this case you get an actual display in the top right corner with a size equivalent to a 5-inch and HD resolution. The goggles also feature an HD camera so that you can record what you see or transmit it live to somebody else. 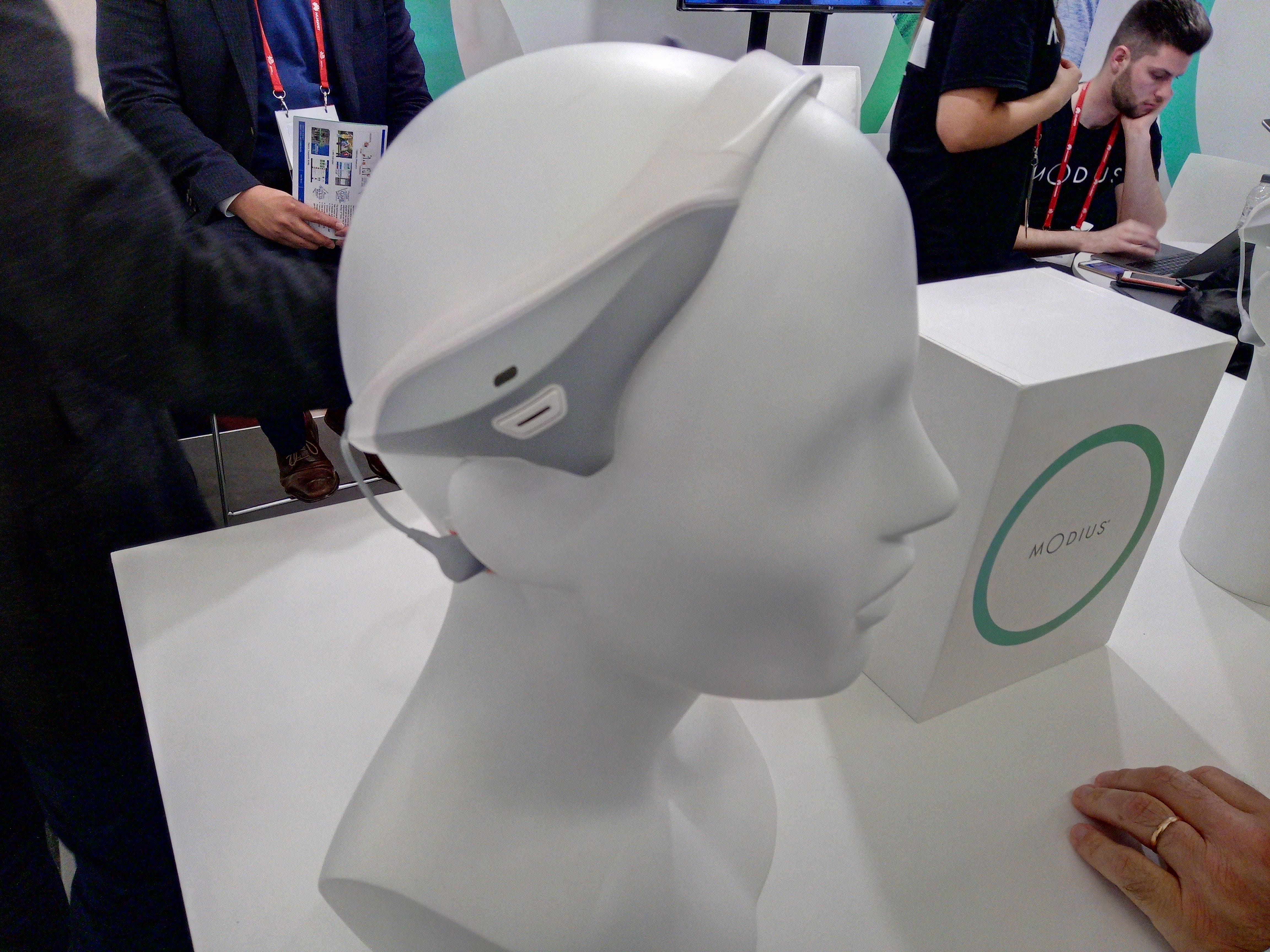 Next we have the Modius – the world’s first wearable headset which helps people achieve leaner, healthier bodies using neurostimulation technology. The device works by stimulating the hypothalamus, which is the control centre for fat storage, appetite and metabolism. According to the neuroscientist who created it, the headset actually works, but aren’t putting our hands in the fire without trying it first. 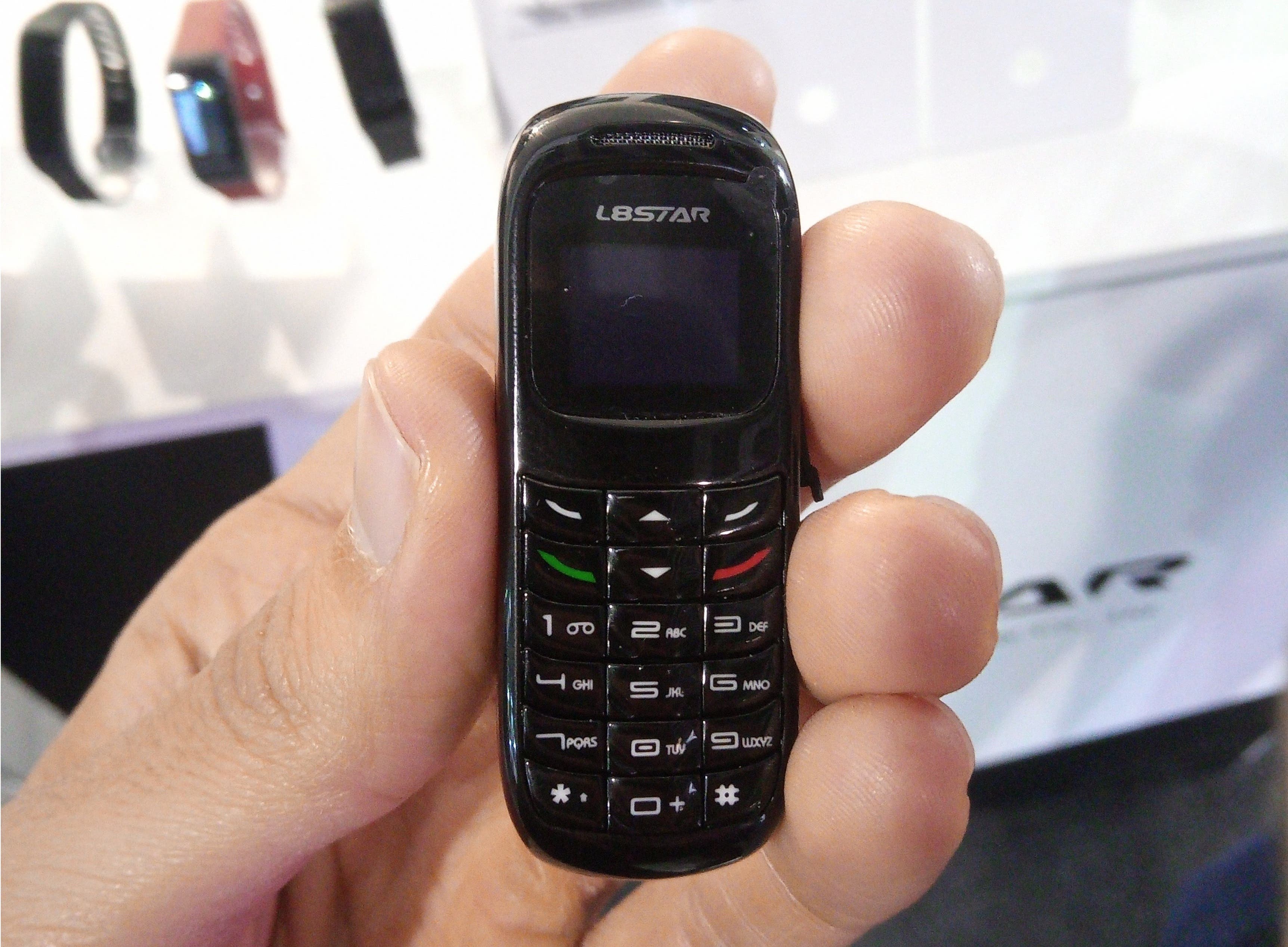 Last but not least, Chinese wearable maker L8STAR did instead bring one of the smallest mobile phones in the world, the L8STAR PM70. If you’re wondering how you can possibly use such a small device, you should know that there’s an earpiece on the back, so you can actually wear it as you would any bluetooth headset after you dial in the number you want to call – neat!

With the tiny L8STAR PM70 we conclude our wrap-up for this year’s Mobile World Congress. Which device did impress you guys the most? Have you liked our coverage of the event? Let us know in the comments section below!