Xiaomi has now started teasing the highlighted features of the Mi Mix 2s on social media. Soon after the company announced the launch date of the device, it confirmed that the Mi Mix 2s will be driven by the Snapdragon 845 SoC. Recently the company has been teasing the camera of the handset. Some teasers were posted on Weibo that in essence teased AI features of the phone. 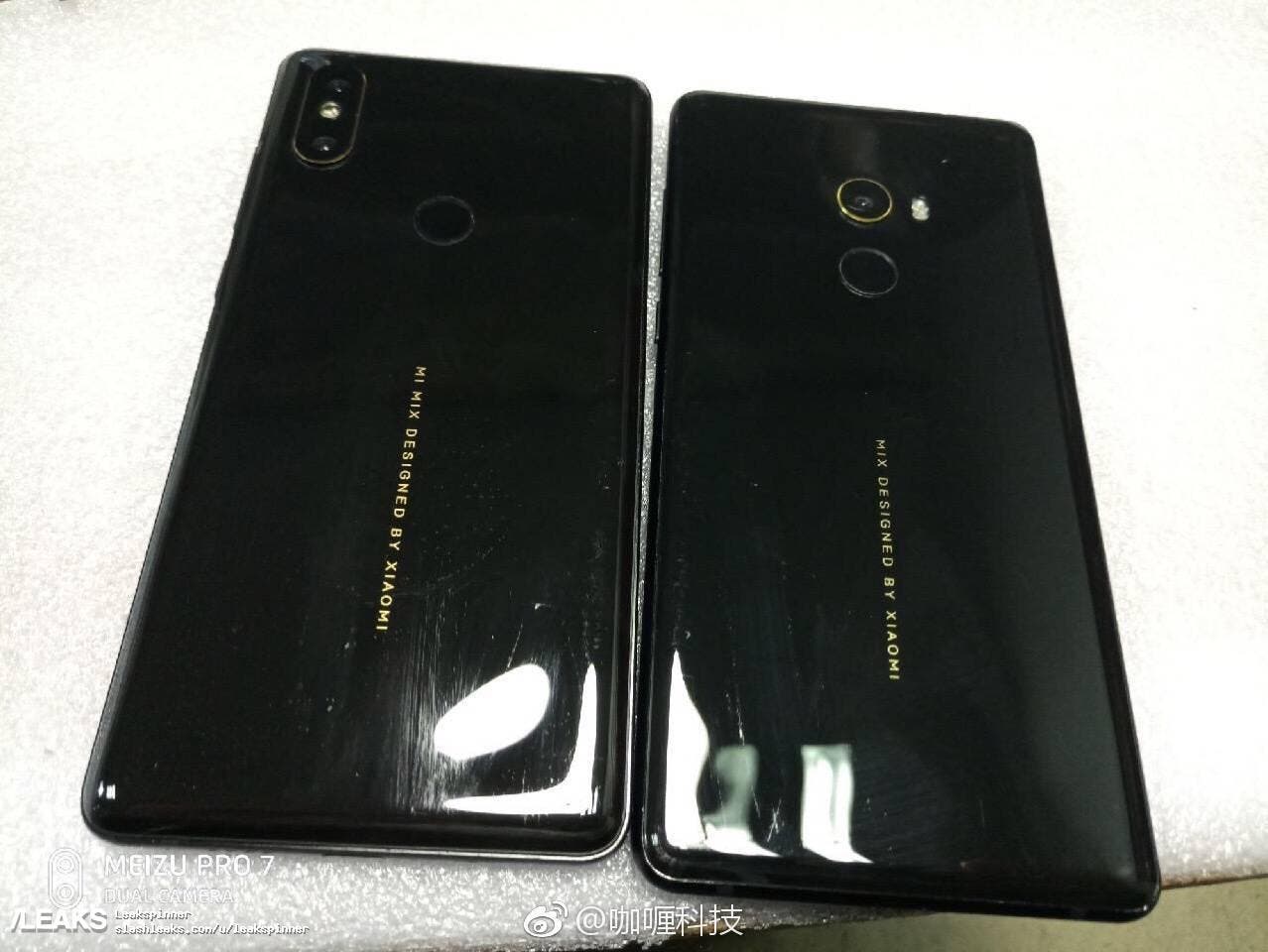 Now, new pictures of the live handset have appeared alongside the Mi Mix 2. As you can see, the dual camera setup looks exactly like the one on the Redmi Note 5 Pro. It’s a pity we’re shown just the back of the handset. However, we can clearly see the fingerprint sensor on the rear. Most of the Mi Mix 2s leaked images have been very fishy and we’re still waiting for something solid that can clear the air once and for all. It isn’t yet known which sensors will be used for the dual camera of the Mi Mix 2s. but Xioami might place a Sony IMX363 lens in one of them.

In a related story, another teaser was posted by Xiaomi which has been reported by Chinese publications. According to floating info, the teaser simply hints a 2-camera setup on the handset both of which will be able to work independently. We have no idea how they’ve come to such a conclusion. But of course, everything is speculation at this point. The teaser is very cryptic and shows a square and a circle.

We’re optimistic for new leaks to occur in the coming weeks. Going by the rate at which Xiaomi’s teasing the handset, we’ll probably get some before launch.