The OnePlus 6 got leaked in a live image recently. And much to many people’s surprise, it had a notch on the front display. Since then, fans have voiced their dislike for the iPhone X clone that OnePlus might be making at its factories. There were talks about the image being not very authentic and all. But it seems that those fears are true. OnePlus is actually going to integrate a notch in the OnePlus 6. 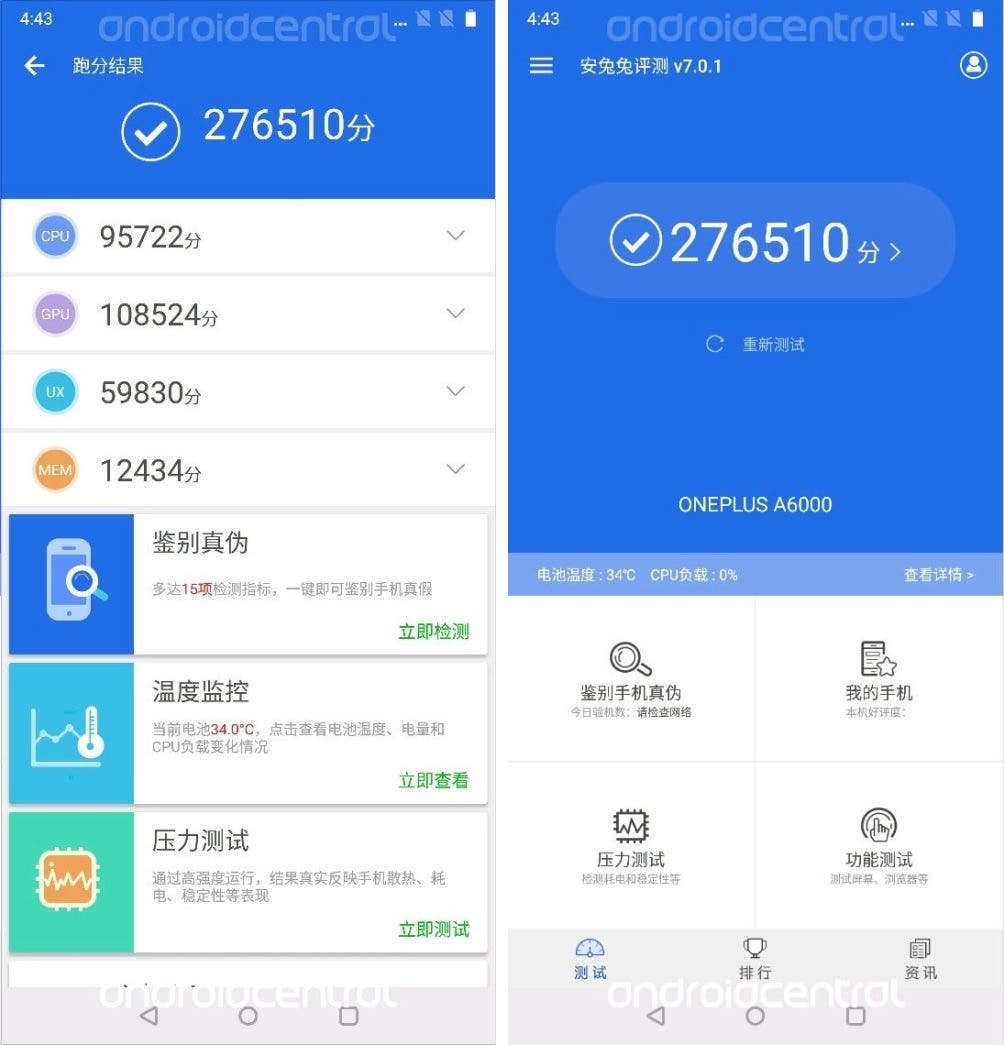 A number of screenshots of the alleged OnePlus 6 were shared with Android Central recently. The screenshots show the device running AnTuTu. But the benchmark is of less concern here. What we’re interested in is the status bar. The elements seem a bit taller than they usually are. Android does this with notch displays that take up space. It reorganizes elements on the status bar and also shifts the position of the clock.

The OnePlus 6 has also made the same adjustment, the screenshots suggest. However, the OnePlus 6 will be using a 19:9 aspect ratio instead of 18:9 to make up for the lost space of the notch.

Apart from that, the screenshot shows the handset has model number A6000 which is in line with OnePlus numbering scheme. Also, the Snapdragon 845 is not a surprise on the OnePlus 6. The handset seemed to have clocked a great score which is to be expected.

If this is a legitimate screenshot, then OnePlus fans better get ready for the notch. In fact, there’s a whole army of notch smartphones coming up. It’s true, OnePlus never settles.