If you are into big battery phones as well as ones with the trendy all screen display, then the Ulefone models Power 3 and Power 3S are just for you. Both devices feature 18:9 all screen design,solid hardware and big battery capacity with more than enough juice for 4 days on a single charge. And currently the Power 3 and Power 3S are available for low prices on their official AliExpress store. Interested? Keep reading to learn more.

The best selling points of the Power 3 and the Power 3 are obviously the big batteries they pack. The Power 3 with a 6080mAh battery while the Power 3S with a 6350mAh one, both can last at least 4 days on a single charge. And thanks to the advanced 5V/3A fast charging technology, the Power 3 and Power 3S can be recharged in less than 2 hours. 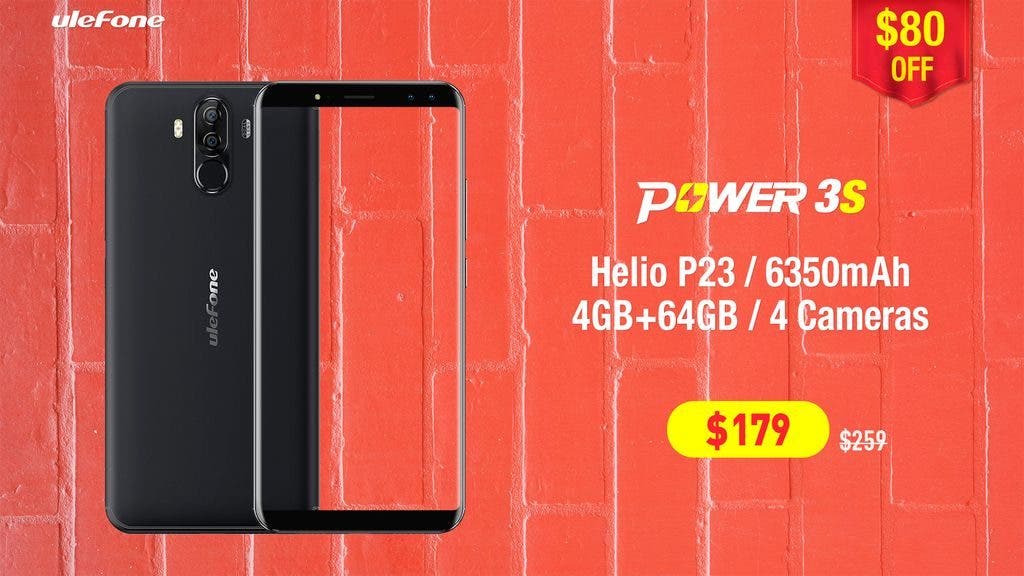 Under the hood, the Power 3 is equipped with the new powerful Helio P23 octa-core processor coupled with 6GB of RAM, 64GB of internal storage expandable up to 256GB, 13MP/5MP dual selfie camera, 21MP/5MP dual rear camera, advanced facial recognition system, a rear fingerprint scanner and an independent HiFi chipset. The Power 3S offers the same internal specs like the Power 3 except from sporting a lower 4GB of RAM and 16MP/5MP dual rear camera. Additionally, both devices that run Android 7.1 Nougat out of the box will get Android 8.1 Oreo update in March.

You can grab the Power 3 at the discounted price of $219.99, while the Power 3S at $179.99 from Ulefone’s official AliExperss store. The promotion will last only one week ,so
hurry up if interested.

Next Oppo F7 with notch and 25MP selfie cam leaks, to launch in India in March