Facebook Twitter Youtube
The Xiaomi Mi Mix 2S is all set to be unveiled on the 27th of March. Xiaomi is leaving no stone unturned when it comes to advertising the upcoming smartphone. The Chinese manufacturer took to Weibo and posted a teaser hinting at one of the features of the Mix 2S. From the what the poster depicts, it’ll either be wireless charging, support for Qualcomm’s Quick Charge or even better, quick charge via wireless charging. 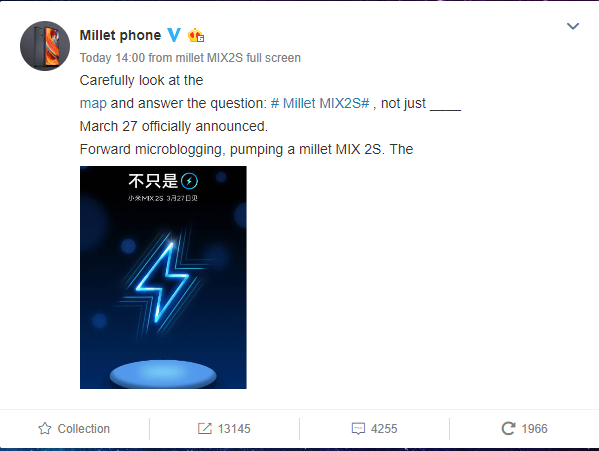 If we are to break down the poster in the most layman of terms, the white pad of the bottom is symbolic of a charging pad. If the Mi Mix 2S does really support wireless charging, it would be the first device to do so from Xiaomi’s arsenal. This would definitely be a move forward as Xiaomi has refrained from having wireless charging and NFC on their phones. 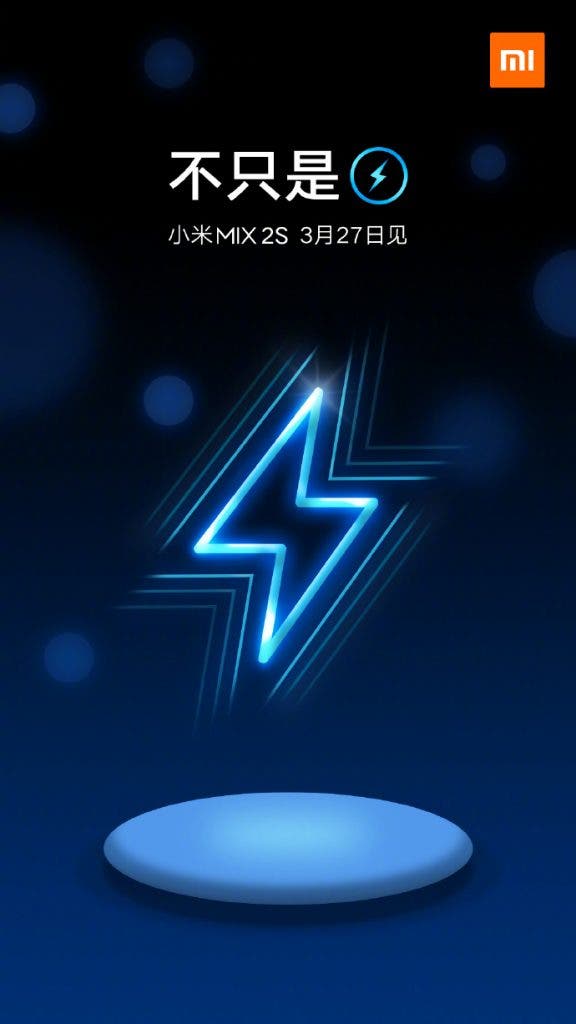 The details that we know up until now include the presence of the Snapdragon 845, a bezel-less display with just a notch on the top right corner for the front camera, dual cameras on the back. Rumors are rife that the dual camera setup will be unique in the sense that the sensors will work independently. Sounds like Xiaomi is experimenting with new tech and hopefully will deliver too.
Source