As the competition in the Chinese smartphone market stiffens, most brands are now taking the battle to India (second largest smartphone market in the world). According to a report by Cybermedia Research, Xiaomi made more impact than Samsung in Maharashtra (India’s richest market) and its sales in this region accounted for 13.7% of the sales in Q4 2017. In total, Xiaomi sold 31.2% of smartphones while Samsung managed a paltry 15.3% in the quarter. Other companies which made an impact in this region include Vivo, OPPO, and Lenovo (including Motorola). 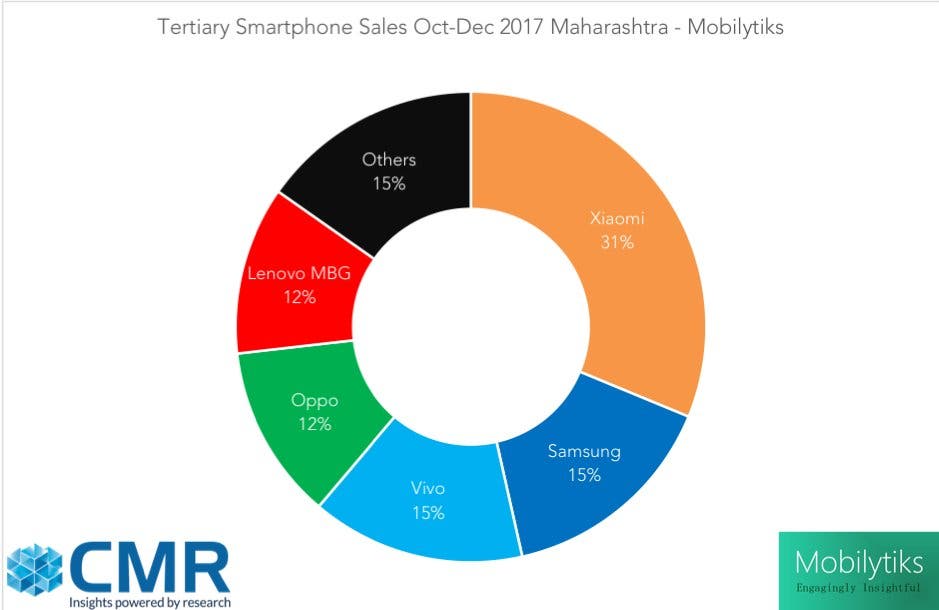 In Q4 017, Xiaomi opened two Mi stores in Maharashtra and the company sold the Redmi Note 4 more than any other device. In the past, Xiaomi was mostly interested in online sales but the company’s fortunes have increased since it ventured into the traditional sales pattern. The presence of these stores in Maharashtra probably had a positive impact on its performance in the region. Collectively, the top 5 companies (Xiaomi, Samsung, OPPO, Vivo and Lenovo/Motorola) sold over 84% of the smartphones.