HOMTOM launched the S2 just a couple months back with the main selling point being its  trendy 18:9 display aspect ratio and a ridiculously low price tag of $55.99. Since then, the company has been working to release more color variants that will shine in the coming Spring season; let’s check them out! 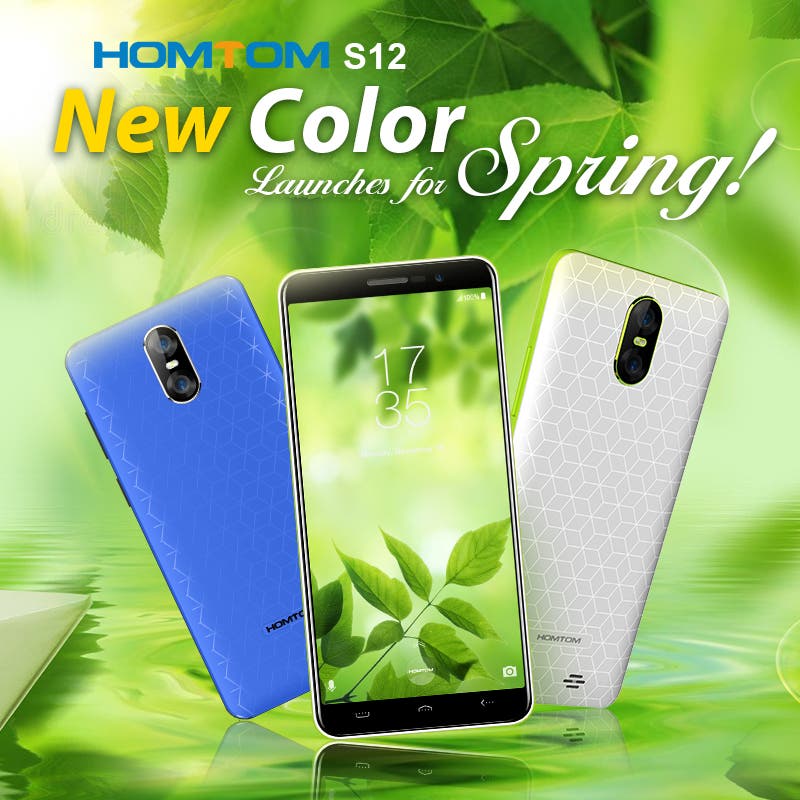 As you can see in the image above, the HOMTOM S12 will now be available in two new colors: Pearl White and Sky Blue. We specially like the Pearl White variant as it really looks cheerful and perfectly fits the Spring theme. The Sky Blue variant is also quite zippy and a nice change from most of the smartphones on the market coming in Black, Grey or a mix of the two.

As far as specs go, the S12 is equipped with a 5-inch display coated in 2.5D glass to provide a crispier look and a good sized 2750mAh capacity battery that paired with HOMTOM’s energy-saving software that should improve autonomy furthermore. Check out the full spec sheet below:

You can learn more about the HOMTOM S12 on the official website or buy one from their AliExpress stores (store 1, store 2).

Next Video : Introduction of the new Vernee M6