It appears it is going to be a very busy month for the guys over at Huawei as the company seems set to be holding two launch event later this month. The Chinese company has posted a teaser image on its official Weibo page and going by the teaser, the company has scheduled a launch event for March 20th where it will be unveiling the Huawei Nova 3e.

The teaser image as seen below didn’t rveal much about the Huawei Nova 3e, but it is quite glaring that the device will be arriving with a full screen design as well as a top-notch as indicated by the oasis in the top middle. 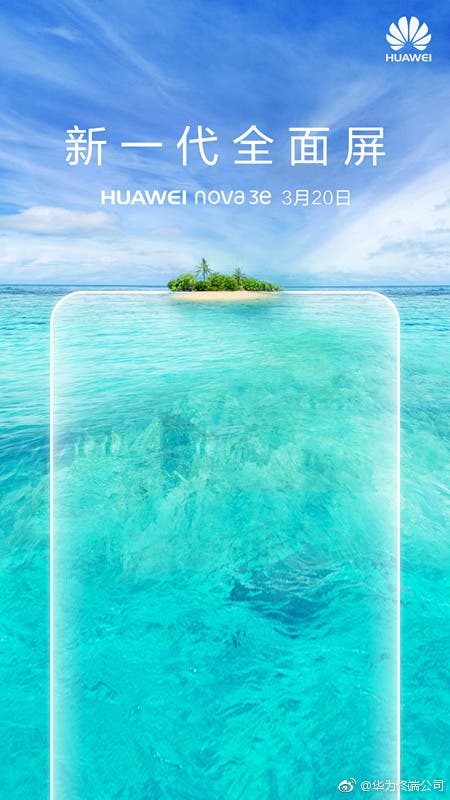 As for the Huawei P20 lite, we already know the device will come with a dual rear camera setup, a rear fingerprint sensor, a 24MP front-facing camera and will be powered by the octa-core Kirin 659 processor coupled with Mali T830 GPU and 4GB of RAM. It is expected to come in Blue, Black, Rose Gold and Gold color options.