Seems like Mediatek is striking back with their new processor lineup and for example during the MWC 2018 the Helio P60 scooped quite some awards, like the “best of MWC” from AndroidAuthority. It indeed looks quite powerful according to the benchmark results, like the fantastic 5871 multi-core score in Geekbench.

The processor is meant to pose a substantial challenge in the higher midrange segment of the market to the Snapdragon 660 and it should catch up too in the means of GPU power. The new Mali-G72MP3 image processor with 12 threads and independent APU for artificial intelligence can boost up the performance up to 70 % compared to last generation. So the phone makers will start taking the powerful chipset onboard and one of the first should be the UMIDIGI Z2. 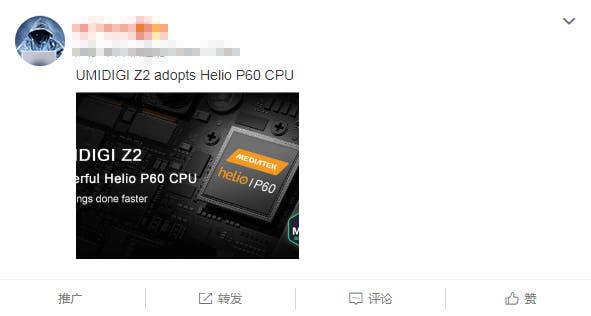 Today’s leaks are putting the estimated price of the upcoming UMIDIGI Z2 in the vicinity of $300, so the midrange orientation of the phone is quite clear. Other rumours circling this phone include AI, emoji support, quick focus, bokeh camera, infrared camera and 15W ultra fast wireless charging support. And of course the modern notched display. Looking forward to seeing more.