The Chinese regulator – TENAA cleared the ZTE A606 a few hours ago, now yet another ZTE device which is of the V series has been certified by Chinese telecom regulator TENAA, and as is always the case, we a detailed list of specs as well as the usual mug shots.

Design first, the ZTE A890 looks tall adopting the 18:9 aspect ratio with a 6.0-inch display and should have minimal bezels on all side, the images provided is the dark color, so we cannot ascertain how tiny the bezels are. A thorough look at the rear suggests a device with an all-metal construction, while it comes fitted with the usual suspect – a dual rear camera with LED flash and a fingerprint sensor below.

Under the hood, the device will house an unnamed Octa-core processor with 1.8GHz clock speed coupled with three different RAM options – 3GB, 4G, and 6GB of RAM. The listing further indicates the device will be offered in 32GB, 64GB and 128GB inbuilt storage, all expandable up to 256GB using external storage. The device is said to sport a 16-megapixel primary sensor coupled with a 2-megapixel secondary sensor with LED flash, while a single 8-megapixel sensor sits above the display. Unlike the ZTE A606, the ZTE V890 will run Android 8.0 out of the box, and again we are not sure if it will be stock Android or based on the company’s custom UI. 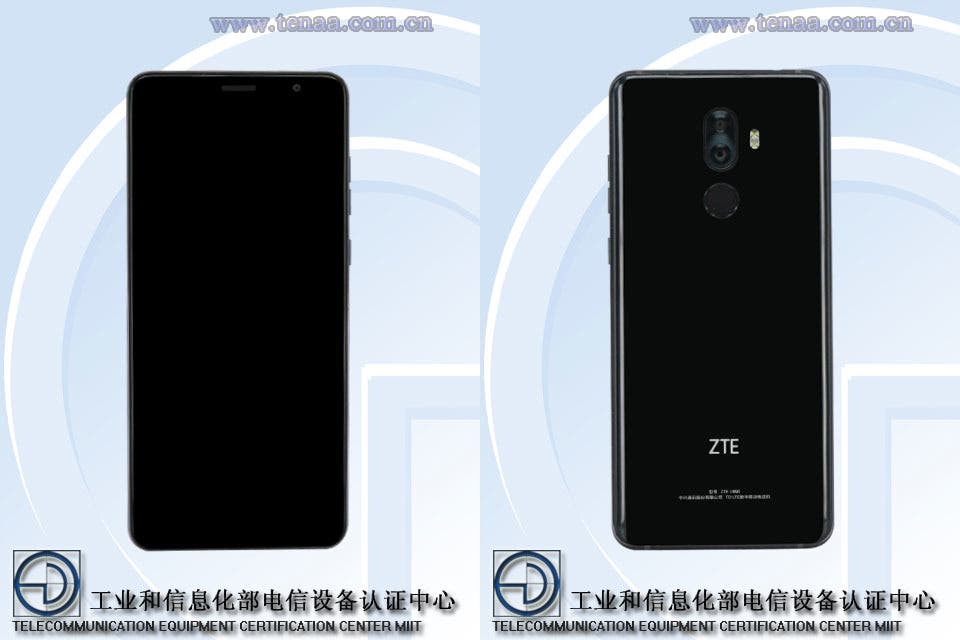 The ZTE V890 measures and weighs 162 x 75 x 7.8mm and 168g respectively, while a 3,900 mAh battery will keep things up and running. It will come only in black color option. We do not know when these devices will be unveiled, as the company is yet to officially confirm that.