Earlier this month, Huawei announced the Oreo Beta program for Huawei Honor 7X and now, the update is to arrive today. Recall that when the Honor 7X arrived, many were disappointed that it didn’t come with Android Oreo. Those who registered for the beta program are receiving emails that update will start rolling out today. 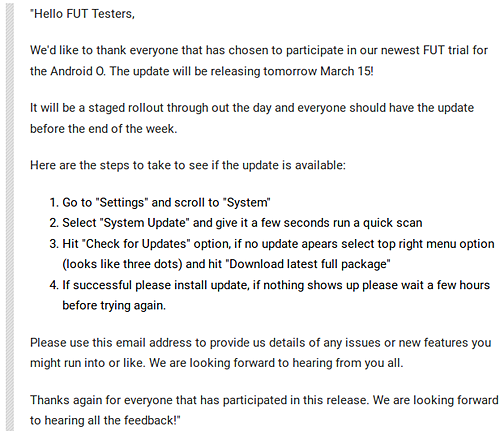 From the email, all the participants will not get the update today but they are certain of receiving it this week. This update also brings EMUI 8 skin and this definitely makes the Honor 7X which sells for $199 (in the U.S.) better. The final version of this update is expected before the end of May.