Remember the HTC U12 that appeared at a 5G conference in Taiwan? Well, now it seems that the handset codenamed HTC Imagine is actually the HTC U12+. A leaked image of the said device has appeared from Evan Blass, a reliable source of leaks. The tipster has also revealed that HTC will only launch one flagship this year. And that flagship will be the HTC U12+. According to him, the HTC U12 might not even exist. 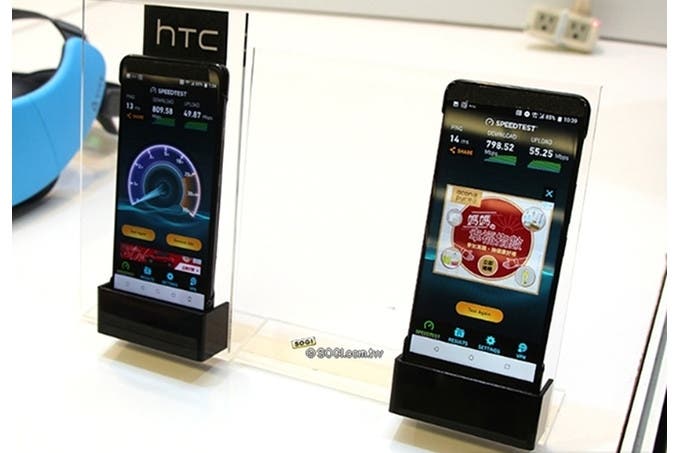 So what goodies does the HTC U12+ bring us? For starters, the handset has a 6-inch LCD panel with WQHD+ resolution. On the inside, HTC will load the flagship with the Snapdragon 845 CPU paired with 6GB of RAM. The bezel-less device will feature Android Oreo out of the box. It is expected to have 64GB and 128GB variants.

On the optics side, the HTC U12+ will resemble the HTC U11 Eyes coming with two 8MP selfie cameras. Moreover, the rear will be home to a 16MP + 12MP combo of shooters accompanied by an LED flash.

Further, the source reveals that the HTC U12+ is running behind schedule due to some minor hiccups. Hence its launch has been pushed back to early May instead of late April.