HTC Malaysia took to Twitter and asked users to share their favourite Android apps. Along with the post is an image that is alleged to be the HTC U12+. 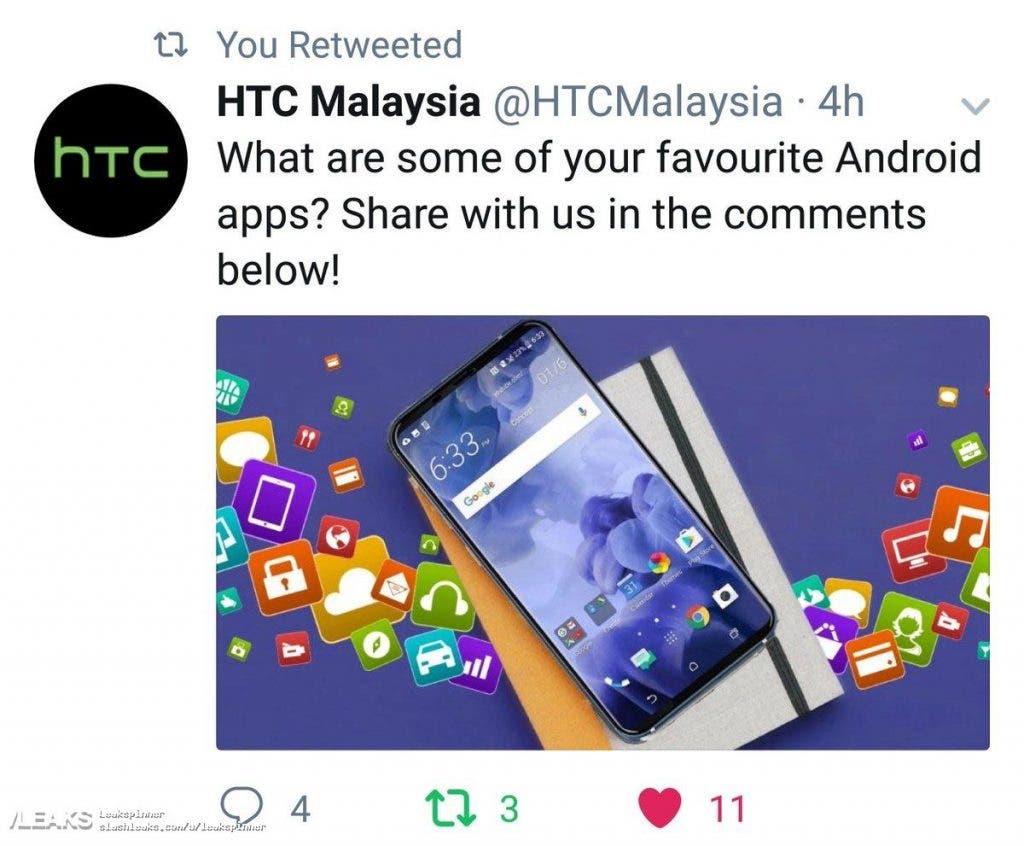 The image shows a smartphone with a full screen display Nd barely there bezels. This might just be a render, but it seems like HTC has finally decided to embrace the full screen display design on its smartphones. It would be great to see the come back of dual cameras on an HTC phone. There were times when the Taiwanese company was the only one working on phones with dual cameras. A lot has changed since then.

Rumors have been thin surrounding the HTC U12+ with not a lot of reports coming in. Last time, the U12 appeared in the 5G conference in Taiwan. It was later confirmed that the HTC Imagine is actually the HTC U12+. Apparently HTC will launch only one flagship this year. HTC has been on the verge of dying since the last two years. The U11 brought to table some really great features but failed to appeal to the masses. Will HTC be able to revive the trust it once had amongst consumers? Only time will tell.

Next Design of the upcoming Elephone A4 model revealed.