The Huawei P10 and P10 Plus have now started to receive the Android Oreo update. Huawei announced the OTA rollout on its Facebook page, especially for the two devices. The crunchy Oreo update seems to be a global rollout as Huawei kicked off a beta in January for these two devices. 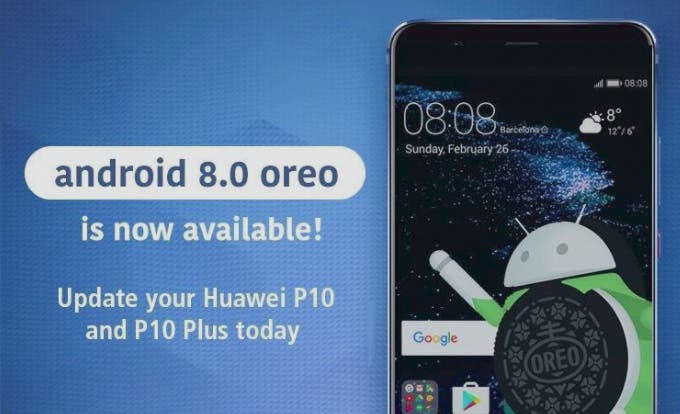 The rollout has already begun in the Philippines for both the P10 and P10 Plus, reported XDA. Sadly, no changelog has been provided by Huawei on the features of the new update. But Android Oreo is based on EMUI 8.0 as we saw in the Mate 10 Pro and several other devices. Hence, those features seen earlier will make their way to the Huawei P10 family too. Well, except the Huawei P10 Lite, because it isn’t mentioned in the announcement. However, it is bound to get the update later on. Coming back to features, EMUI 8.0 has certain AI features specific to the Kirin 970 chip. There is no guarantee these features will make it to the Huawei P10 family.

Since this is a global roll-out, it will be carried on in stages as usual. So, it might take some time to pop up on your notification bar. Meanwhile, Huawei is close to release the P20 series on March 27. Also, the Huawei P20 Lite was unboxed by an Italian blog today, days before the official launch.