Rumors are rife that Xiaomi is working on a smartphone made specifically for gaming. Reports say that this phone will be called Blackshark. As of today, the smartphone has made an appearance on Geekbench throwing light on some of the hardware of the phone. 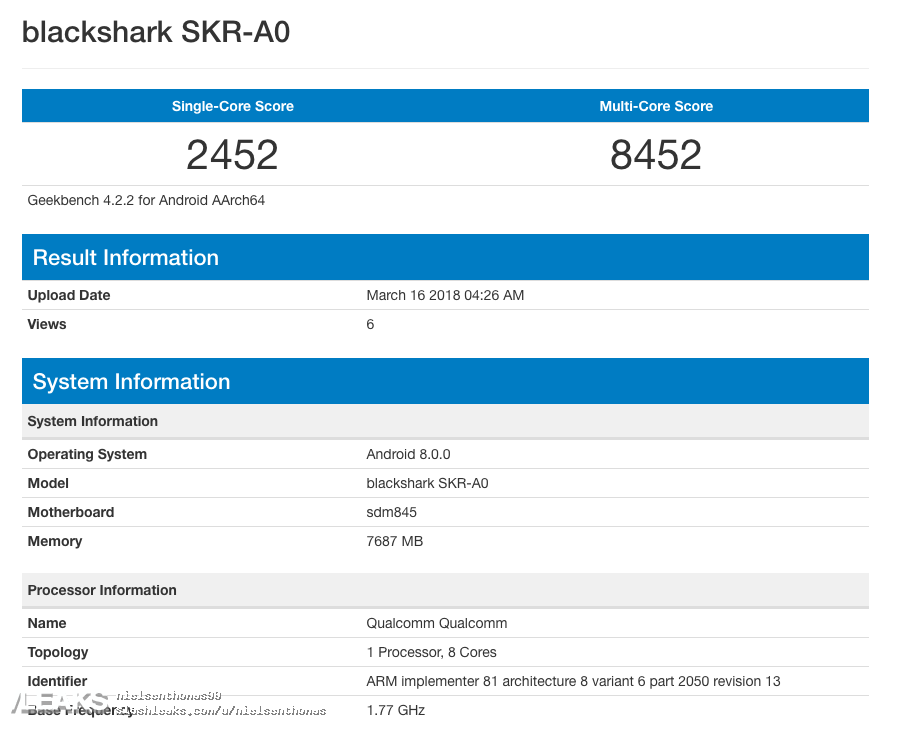 Listed as Blackshark SKR-A0, the alleged gaming phone sports the sdm845 aka the Qualcomm Snapdragon 845 chipset clocked at 1.77GHz coupled with 8GB of RAM. The test was run on Android Oreo 8.0. It scored 2452 points in the single core and 8452 points in the multicore tests. We have reason to believe that these specs belong to a phone in the making since the details corroborate with a listing that appeared earlier on AnTuTu.

Blackshark Technology is an infant company that focuses on gaming and Xiaomi has stakes in it. A partnership between the two could result in a gaming smartphone. Most flagship phones can handle any kind of games thrown at them, although at the cost of battery life and heating issues. If Xiaomi managed to find a workaround these two drawback of mobile gaming, their alleged gaming smartphone will probably have a bright future. Do you think intensive mobile gaming is the way to go? Let us know in the comments below!