An unidentified smartphone codenamed the Blackshark has just surface on AnTuTu with specs that point towards the high-end category and an impressive score. While AnTuTu didn’t identify the device by its name, there are speculations that the Blackshark might a product of Blackshark technology incorporated, a company in which Xiaomi got stakes.

A check on the company’s website revealed it is an infant company, while its weibo account reveals that it is a mobile phone maker with a special interest in gaming. Our guess is that the company and Xiaomi in a strategic partnership could be developing a gaming smartphone that would be released in due course.

The Blackshark scored 270680 points in AnTuTu, placing it on the same range as the upcoming Nubia NX606J. AnTuTu revealed it will come with Snapdragon 845 SoC that’s 8GB of RAM and 32GB of storage.

If rumors of Xiaomi working on a gaming phone are to be believed, it would be nice if the giant would pay special emphasis on the internal cooling or boosted graphics to ensure it takes all the heavy loads that will be thrown at it.

We are curently not sure what the Blackshark phone represnt, we hope to get more details and price in the following days. 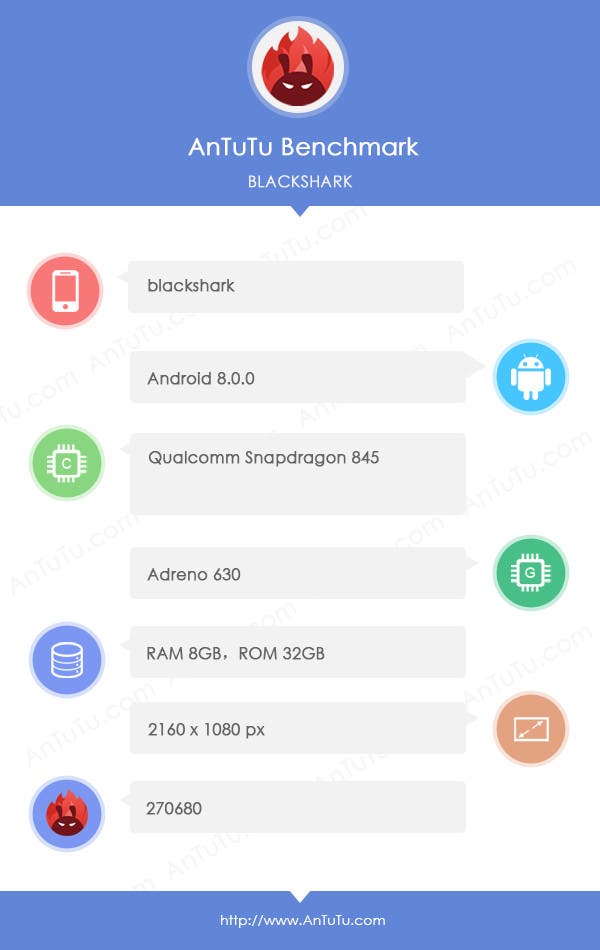 Previous Samsung To Bring Infinity Display Technology To Its Mid-Rangers

Next Top 5 Best Essential Android Apps Feb 2018 | Must Have