Its been more than seven years since Android was first launched. Since then its biggest strength is its developer community and its app ecosystem. With its millions of app support, Android is considered as one of the leading mobile platforms. Anyways in this article we will be reviewing our picks on the Top 5 best Android Applications.

Here are our picks for the Top 5 Best Android Apps

Starting of! we have the Blue Mail app. Which is arguably one of the best email management applications currently on play store. The importance of any mail app can be decided from the number of services it supports and that is the ultimate standpoint for this app. You can sync multiple accounts from different providers, and further displays all the emails across one app. The Blue Mail also offers color grading in order to organize the mails. When the app was initially released, many users had questions over its security, as it was hosted on Amazon Web Services. But the developers have assured that they use industry standard encryption, in-order to secure the data. With features such as push emails, color grading for organization and custom notifications have made the Blue mail on top of my list.

Next up we’ve the firefox focus. The focus is a variant of the Firefox browser that offers improved security. The Android version has additional features when compared to the previously released iOS version. Some worth mentioning updates are: the counter which is provided to display the number of ads blocked so far and even an toggle option to allow or disallow the screenshot functionality. The Firefox focus is nothing like the regular firefox app. It doesn’t have tabs or extensions. A simple input box is provided where you just input your URL and the page loads. Further more on the bottom of the navigation drawer, a trash icon appears! which on clicking closes your page and deletes all the history. The Firefox focus is a simple neat app that blocks all the annoying ads and takes users privacy seriously!

Feedly is an above average option if you’re looking for a RSS reader. It is designed for users to customize their news-feed from their favorite sites and topics but all in one single app. This app has so much to offer, like its support for podcasts and YouTube channels. Feedly works well for the most part, but its confusing navigation and some freezing bugs prevents it from ranking when compared to its rivalry, the Flipboard application. The important advantage of using Feedly is that you can bring all of your favorite contents in one single app. Also you can organize your subscriptions in folders or collections. Other than user experience, Feedly offers distraction free reading and is certainly one of the best RSS reader.

Lifesum is a health app designed for users to keep track of their dietary and fitness habits. It also offers a little motivation by regular notifications to its users. Initially you’re asked to choose any one of the three simple plans to “be healthier”, “loose weight” or “Gain weight” and according to the choice made, Lifesum starts suggesting meal plans and other information. The app using adaptive learning tends to understand how accurately you’re following the suggested plans by tracking your daily meals and activities. The blending of its beautiful user interface and the information it offers, Lifesum turns out to be a must have app for everyone who is concerned to maintain good health.

Finally we have the Backdrops wallpaper app. Its choice of design approach has made the backdrops worth the shot. It has hundreds of wallpapers inspired by Google’s Material Design. Apart from that it also has few minimal walls and even photo clicks. Backdrops is free and will suffice most of your artistic interests. The app also has a featured wallpaper of the day, that keeps updating in order to favorite the ones that can interest you. There is also a premium version that comes with features like to save the wallpapers and even holds few premium designs which is exclusive to the premium version.

So here we are at the end of the video. If you want to try any of the mentioned applications, we have attached the links below every app review. Also share your views on the comments below and don’t forget to subscribe to our official YouTube Channel. Anyways thanks for reading! 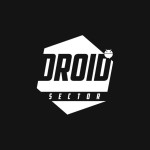