Intel and AMD are two chip manufacturing giants that have been at loggerheads for a very long time. CloudFest is the world’s leading cloud computing industry conference and it is a good opportunity for manufacturing giants to showcase their products. At this year’s conference, AMD exhibited its new EPYC processor which is based on the new Zen architecture. This EPYC chip has up to 32 cores and 64 threads, it also supports up to 2TB of quad-channel DDR4 memory and provides up to 128 PCI-E 3.0 channels. Furthermore, this chip integrates a security subsystem which makes it ideal for large data centers and cloud computing applications. 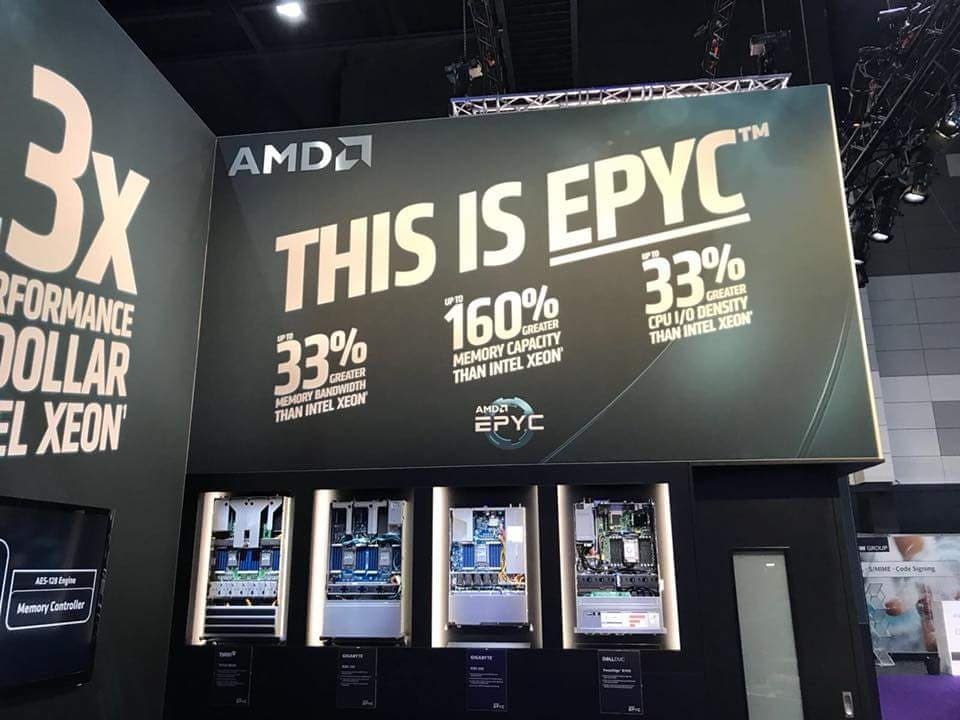 However, the most attractive aspect of the announcement of this chip is the fact that AMD took a public jab at Intel. At the unveiling site,  AMD had a large number of posters and one of the posters reads

“Nobody ever got fired for buying Xeon until now” 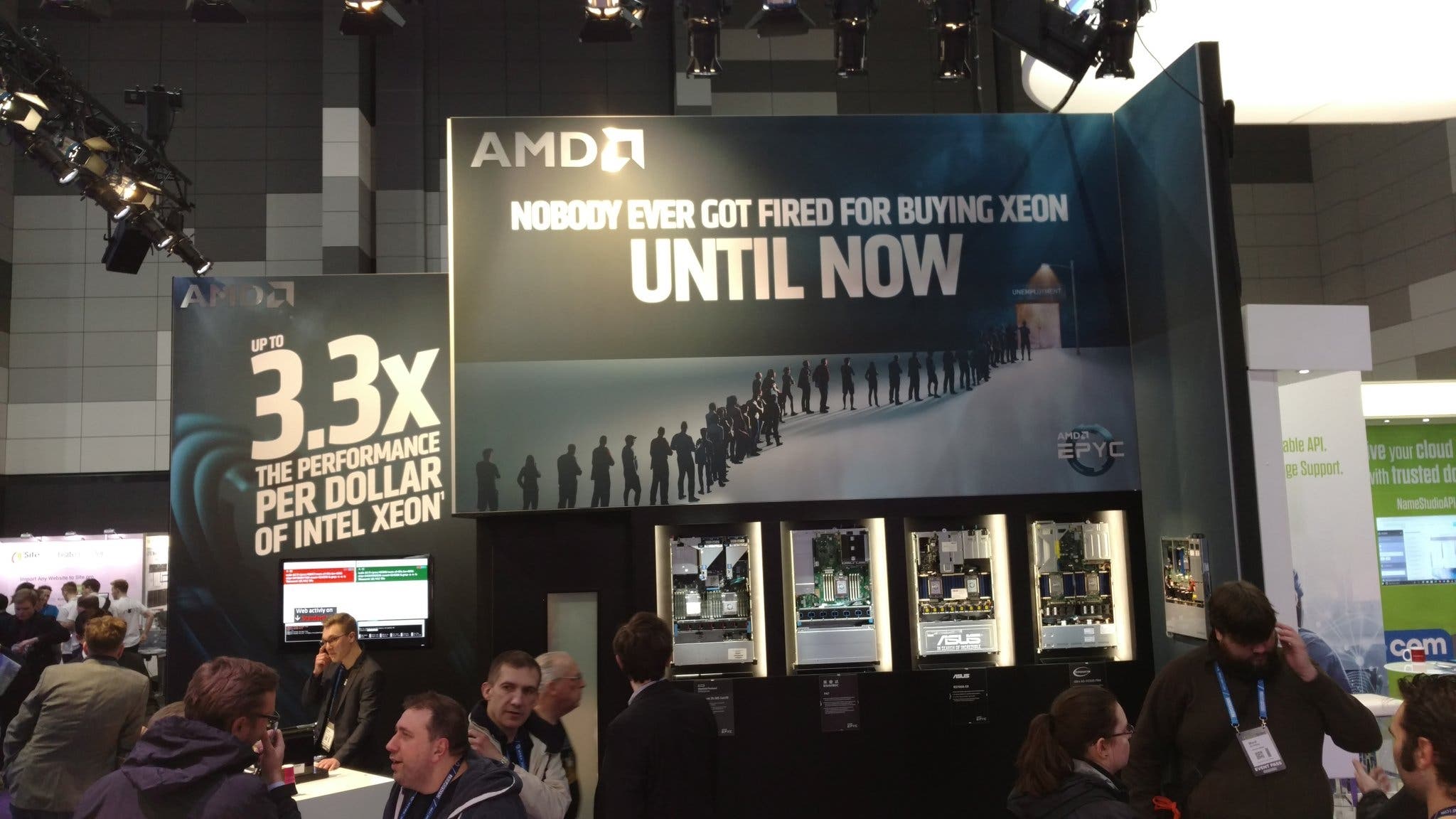 This gesture got the media and reporters smiling and many tech nerds have considered this as the joke of the year. AMD also announced that the new EPYC processor has 33% higher memory bandwidth, 160% higher memory capacity, and 33% higher IO density than Xeon.