Most of the smartphones manufactured today support Fast Charge, however, the standards widely vary. Although there is a good attempt to develop a unified standard for Fast Charging, this will take some time to materialize irrespective of who is promoting the idea. In November 2016, Qualcomm released the QC4.0 fast charging technology which supports dual parallel charging thereby increasing charging speed by 20% and charging efficiency by 30%. It claims to be able to charge 50% in 15 minutes or even shorter, and it supports USB Type- C, USB PD, Best Voltage Intelligent Negotiation Power Management Algorithm (INOV), Accurate Voltage, Current and Temperature Measurements. It also has chargers, data lines, and system protection. 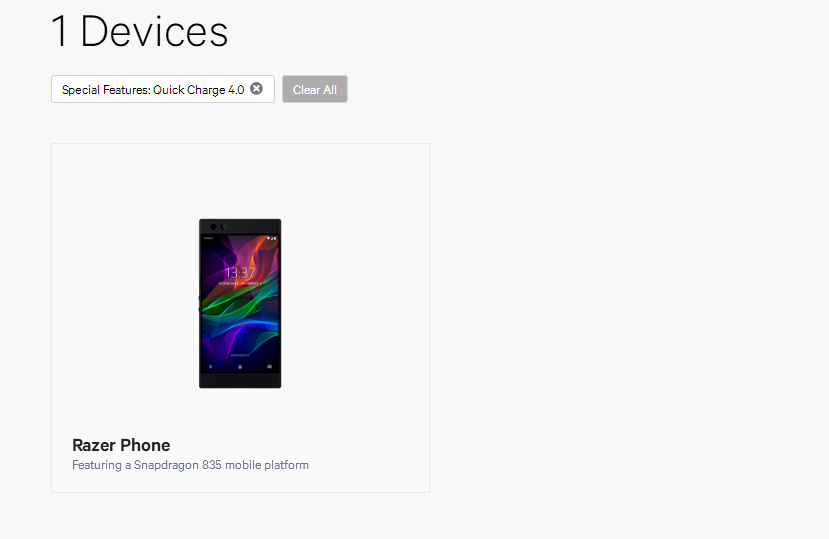 Nevertheless, in June 2017, Qualcomm announced the latest QC4.0+. The improvements here include a dual power management ICs, intelligent thermal balance, and advanced security features. The Snapdragon 835 fully integrates this feature. Today, Qualcomm quietly released the list of devices that support QC4.0/4.0+ on its official website but this list contains just the Razer Phone. Most embarrassing is the fact that Nubia publicly declared that its N17 device will be the world’s first QC4.0+. As of now, it is not entirely clear why Qualcomm skipped the device. LG G7 is said to also support QC4.0, but it remains to be confirmed. In addition, according to the Qualcomm list, there are 14 devices that support QC3.0 devices and 6 supports QC2.0s.