The Huawei P20‘s specs and design are no mystery any more thanks to the plethora of leaks that have been reported across months. The latest leak, however, seems to be closest to the P20. The leaked pictures show the About page of the P20. There is nothing to surprise you here, but the leak does confirm some of the previous speculations. 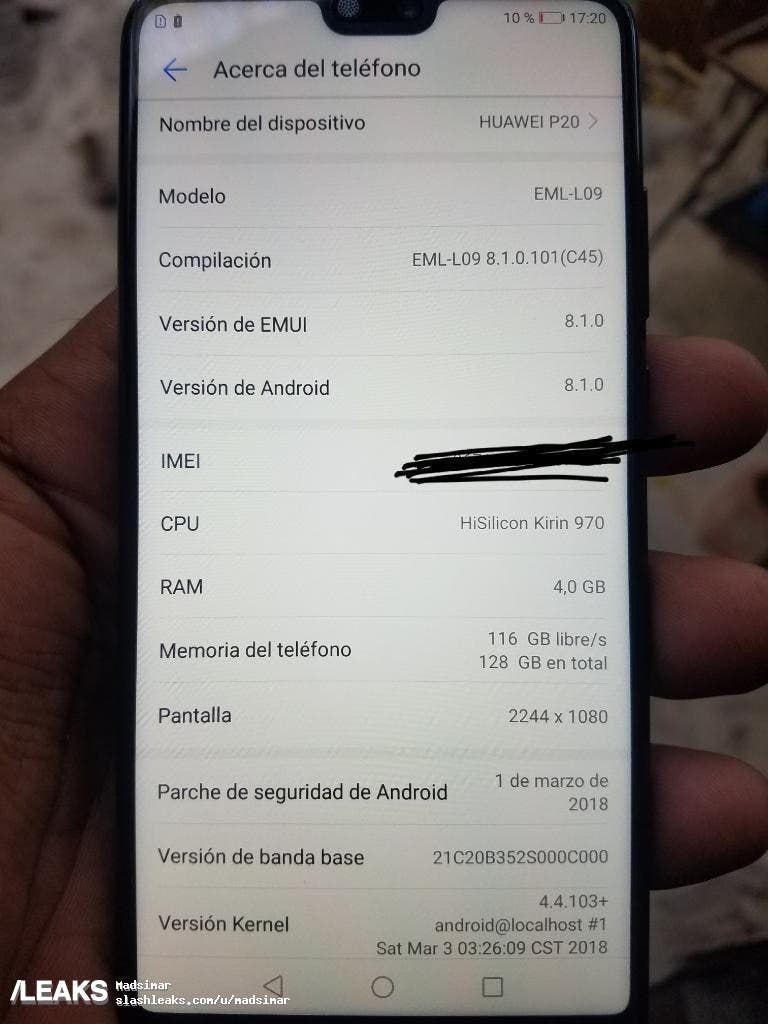 Listed as EML-L09, the Huawei P20 is powered by the HiSilicon Kirin 970, Huawei’s in-house processor coupled with 4GB of RAM and 128GB of onboard storage, of which 115GB is available for use. The screen has a 224 x 1080p resolution. The P20 runs Android 8.1.0 with EMUI 8.1.0 on top. A previous report regarding the P20 Pro threw light upon a few features including the ability to hide the notch. The P20 might sport the same feature.

The live images show nothing new and it seems like these are from a prototype and not the actual retail piece. But prototypes used for user testing are almost as good as the real deal. So we can rest assured that this information is 99% correct. The Huawei P20 series will be seeing the light of day tomorrow, the 27th of March in Paris. Stay tuned!

Along with the images above, the retail box has also leaked, confirming the presence of 128GB of onboard storage and 4GB of RAM. Also revealed is one of the colour variants, Midnight Blue.

Next Leaked: Huawei Honor 7A