The G series has always been the most reliable and cost efficient line of Motorola smartphones. Continuing the legacy will be the Moto G6 series, which are set to be unveiled this year, which has been confirmed by the listing of the G6 on TENAA.

The Moto G6 seems to have a refined design as compared to its predecessors, adding premium features but keeping the price down. The front has a 5.7-inch Max Vision display with a 2160 x 1080p resolution and 18:9 aspect ratio. Seems like Motorola chose to stick with a front facing fingerprint scanner albeit this time, it’s narrower Turn the phone around and the back looks very similar to the Moto X4 thanks to the dual camera setup and the 3D glass back. The camera bump seems like it’s here to stay. 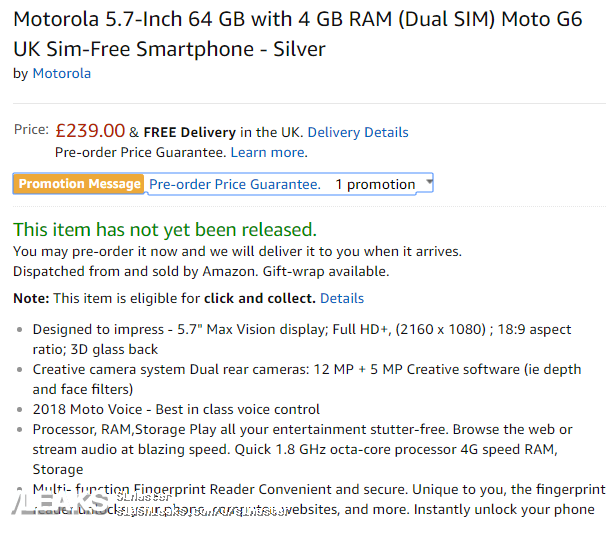 The specs were made available thanks to a listing on the Amazon UK website which has now been taken down. According to the specified listing, the G6 will retail for £239, approximately $340. A listing on TENAA and on Amazon indicates a launch in the near future, probably in the month of April.