The Xiaomi Mi Mix 2S has appeared just hours before the stipulated launch. The smartphone had appeared yesterday in a hands-on video which seemed quite sketchy. But the current leak shows a similar phone, corroborating with yesterday’s report. 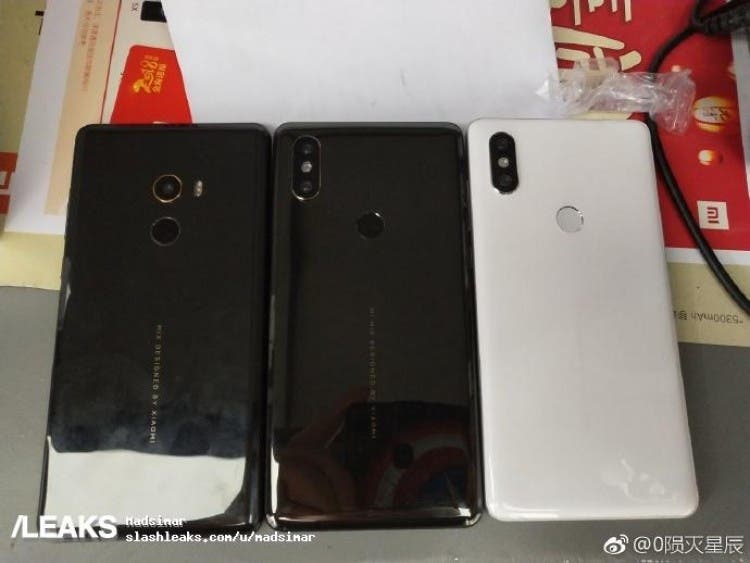 To be honest, if this actually is the Mi Mix 2S, it is disappointing, at least from the design point of view. It looks exactly like the Mix 2 from the front and the iPhone X from the rear, with the only difference being the fingerprint scanner placed at the back. Apparently, the Mix 2S will be available in two colour variants, black and white, although the build material is yet to be disclosed. Xiaomi has stuck with glass and ceramic and it seems they wouldn’t deviate from that.

The Mix was something that stood apart, different from all the other smartphones on the market. It’s no longer true. Looks like Xiaomi has taken the title of “Apple of China” too seriously. I’m hoping against hope that this leak is not how the Mix 2S will look. I hope that it is something completely different, if not, at least without the iPhone X cameras. Stay tuned as Xiomi reveals the Mix 2S today.

Next Nokia 8 Sirocco launched in China, available from April 3