LEAGOO’s first dip in the waters of the big battry phones is the upcoming LEAGOO Power 5 and they are trying to make themselves unique in the sea of other similar phones from other brands. And of course the main promoted thing is the massive 7000 mAh battery capacity of the phone, but they are also heavily emphasizing that their battery is genuine without a false battery label.

It’s a practice that we have seen fairly often among the shady noname phones mostly, when the advertised battery capacity is not really on par with the real thing. To avoid that LEAGOO made sure their batteries will be certified by the top international battery test standards, specifically UN38.3 and IEC 62133. With such certificates they can show that the advertising is in strict compliance with the real battery performance. And for a customer that’s surely a very positive thing. 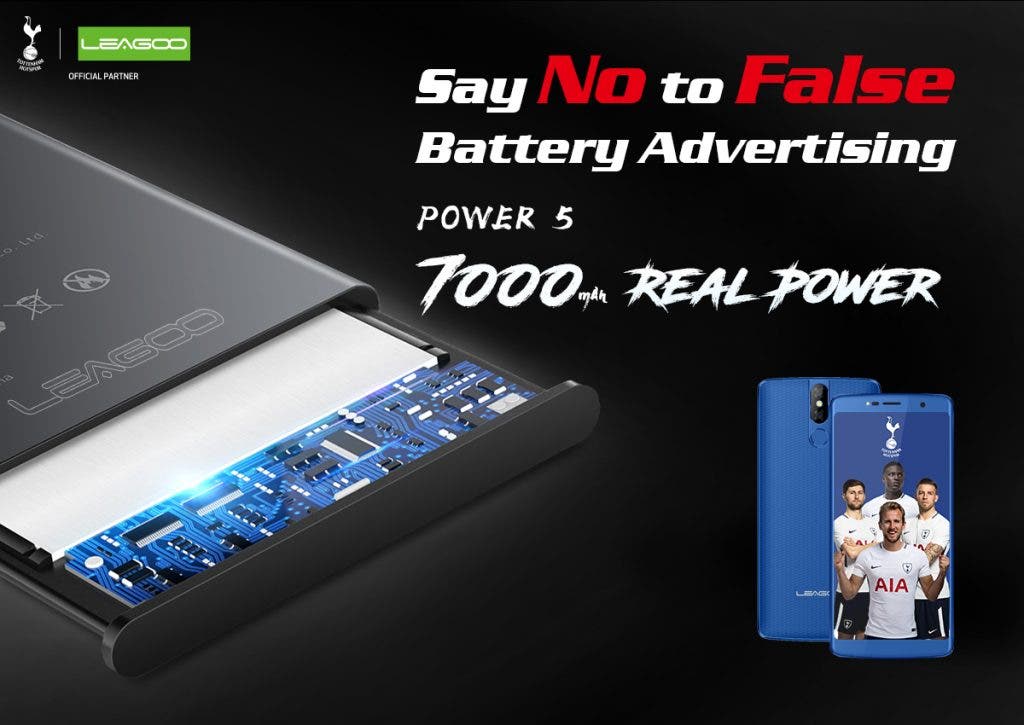 As mentioned before LEAGOO Power 5 packs a 7000mAh battery and 5V5A ultra-fast charger. Featuring 5.99-inch FHD+ 18:9 full screen, it comes with MT6763 (Helio P23) processor, 6GB RAM and 64GB of internal storage For the camera, the Power 5 is equipped with SONY 13MP + 5MP rear dual camera as well as SONY 13MP front camera. It also supports wireless charging and has Android 8.1 OS onboard.

LEAGOO Power 5 should be released in April with an official price of $229.99, but you can already participate in the official global reservation and have a chance to get it at only $1.99. Check out the offer on their official website.

Previous Chuwi fires up their discounts for the Aliexpress anniversary too