As we previously reported yesterday, the new Elephone A4 had to be launched today on the official website, and so it did. The A4 is obviously an iPhone X inspired device, but if you get over the notch at the front, then it should still be a good compromise between specs and price. Let’s learn more about it, shall we?

Starting with the front of the phone, we find a relatively large 5.85-inch display featuring a top notch, 1440×720 resolution and an 18:9 aspect ratio. Moving onto the side, the phone sports a stainless steel frame – also inspired by Apple’s iPhone X, but with a nice fingerprint scanner addition; meanwhile on the back we find a full glass cover with a darker band on the left side to give it more of a point and shoot camera look.

Specs wise, the Elephone A4 is powered by a MediaTek MT6739 processor coupled with 3GB of RAM and 16GB of internal storage (expandable to up to 128GB via microSD). We also find WiFi Dual-band, Bluetooth 4.2 and a good sized 3000mAh battery that can be charged at 5V2A. 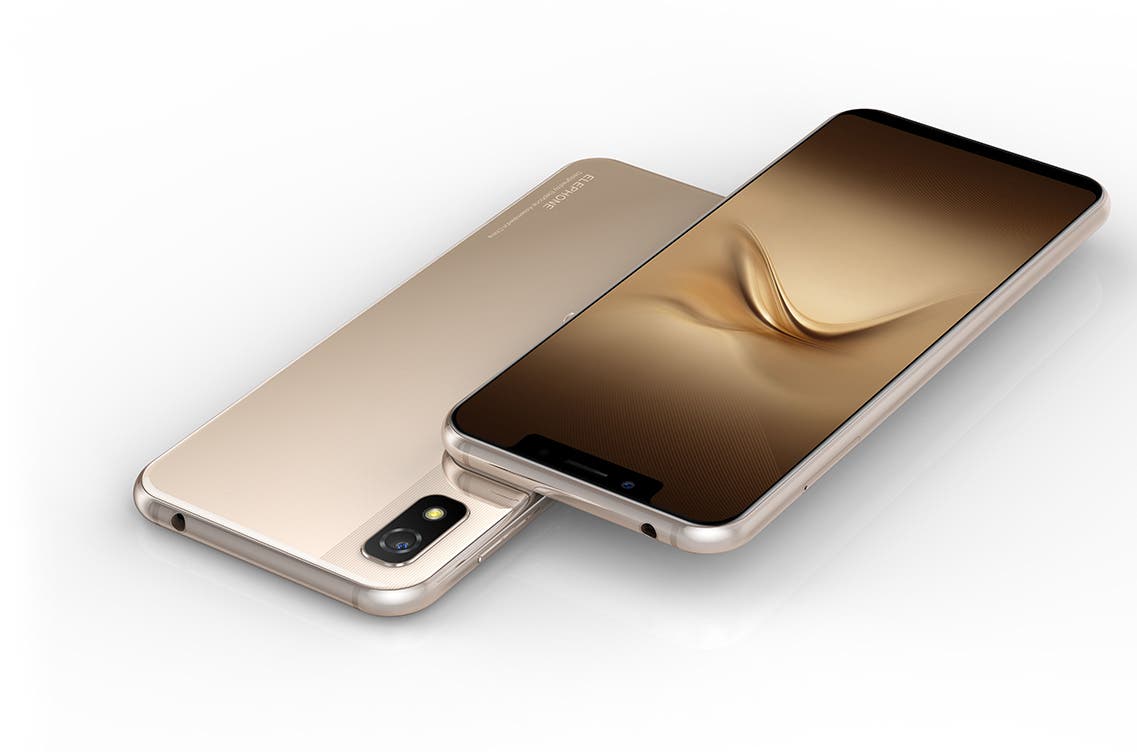 In the camera department we have a Samsung 8MP rear shooter with F/2 aperture and a 5MP selfie snapper at the front. Finally, the smartphone runs Android 8.1 Oreo out of the box, which is a good step forward for Chinese phone makers.

The Elephone A4 can be reserved now for just $99.99 ($30 off retail price), but that only applies to the first 5000 subscribers. Alternatively, if you pre-order it now, you’ll also get a free pair of bluetooth earphones. Visit Elephone A4’s launch page to learn more.