The Galaxy A6 is a name for a mythical series of mid-range smartphones made by the South-Korean Samsung that have been circulating in the rumor mill for the past three years. However, both Galaxy A6 and A6+ finally got consistent this year, after being Wi-Fi certified and making an apparition through GeekBench. According to an industry insider, these two smartphones are only intended for three markets – Russia, Europe and the Middle East.

Both devices were recently spotted in the FCC realms, meaning that Samsung is already going through the process for getting those handsets certified and ready for the US market as well. The FCC IDs are A3LSMA600FN  and A3LSMA605FN representing Galaxy A6 and A6+, respectively, also leaving no doubt that both devices are related to each other. The FCC also shares an obligatory e-label placement screenshot for the SM-A600FN showing the about screen of the phone with a visible “Galaxy A6” moniker.

According to the rumor mill, the standard Galaxy A6 variant will sport an Exynos 7870 chipset, present in some affordable Galaxy J smartphones. The device will also come with 3GB of RAM for the multi-tasking desires, Android 8.0 Oreo – meaning that this will be another Treble compatible smartphone – with Samsung Experience 9.0 running atop. 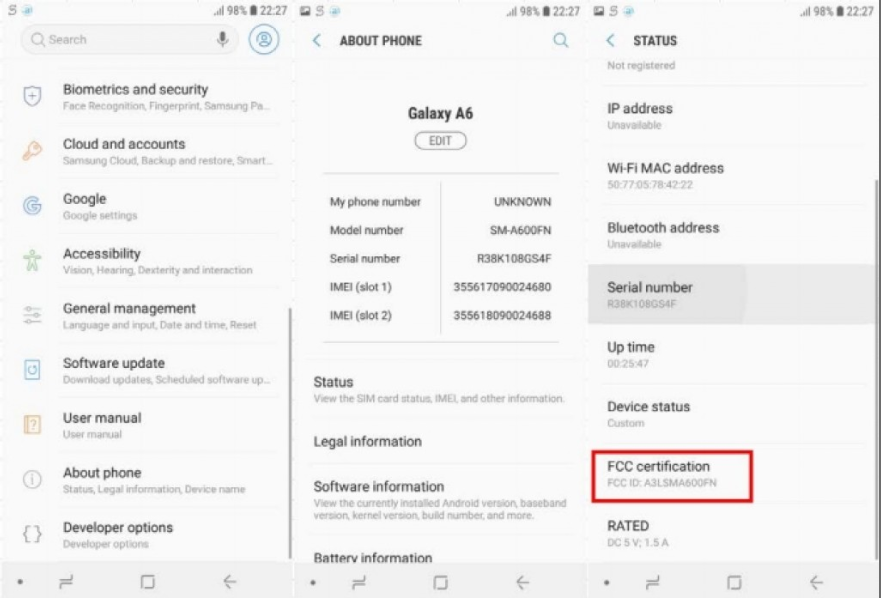 The Galaxy A6+ will go more powerful, packing the power-efficient god – Snapdragon 625 paired with 4GB of RAM. That combination is anything but curious since Samsung hard offer Qualcomm Snapdragon-powered smartphones outside of US, could the Galaxy A6+ be a United States exclusive? We don’t think so.

There is no word regarding the price tag, but if we analyze just the old processors being offered Samsung can’t charge a kidney for either of the two. If those smartphones go priced for the mid-range market they should go pretty well. Since the FCC certification is one of the last steps before a smartphone gets released, we should have more news about Galaxy A6/A6+ in the coming days.

Next Alleged Samsung Galaxy J7 (2018) exposed by FCC and GeekBench