The Galaxy A6 is another new handset that has appeared on the rumour mill after the launch of the Galaxy A8. Samsung revamped the A series this year launching just two Galaxy A8 variants. Earlier the series had many models including the A3, A5, A8, and A9. However, it seems that Samsung will introduce at least two more variants, i.e. the Galaxy A6 & A6+.

Both the handsets now seem very close to an unveiling ceremony as the A6+ appeared Samsung’s website. According to reports, the handset with model number SM-A605FN/DS popped up on the Polish Samsung website. The aforementioned model is most probably said to be a dual-SIM variant of the A6+. However, it wasn’t a full blown listing, so we’re not lucky enough to get a sniff at the specs. Also, it seems the accidental upload has been taken down for now. 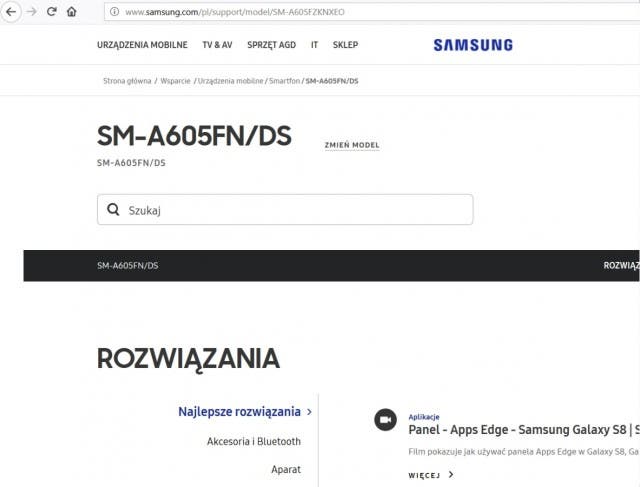 The model number A605FN was recently spotted at the FCC and Wi-Fi certification websites as well. Hence, it’s easy to say this is the same model. As for the specs, the A series device will rock a Snapdragon 625 chip, 4GB of RAM and Android Oreo. However, we’re more interested in screen size and body dimensions this time around. That’s because this could either be a shrunken Galaxy A8 or a bigger one. We also expect the Infinity Displays of the Galaxy A8+ to show up on the A6 series. We still haven’t had a look at the design of the handsets. But we expect to see the devices introduced sooner rather than later.