Blackshark — the startup in which Xiaomi has a lot of stakes is working on a smartphone aimed at hard-core gamers. And while the company first device alleged to be named the Blackashark has been subjects of leaks and rumors, the latest report from China suggests the device is close to being made official.

Phoneradar reports that Xiaomi and Black Shark have scheduled a launch event for April 13th where the Blackshark smartphone will likely be released. The event likely to hold somewhere in China is to begin by 3 pm.

We do not have a lot to take away from the teaser, but leaks and benchmark appearances have already confirmed a bit of the phone’s basic specs. The device which isn’t expected to be slim or sleek like other flagship devices will be housed in a metal unibody design with chamfered edges and is covered by a 2.5D curved glass on the top. It should come with a Full HD+ (2160 x 1080 pixels) resolution with the trendy 18:9 aspect ratio, but we are not likely to get the display notch here.

The device alleged to be the Blackshark smartphone surfaced a few weeks back on AnTuTu with an impressive score of 270680 points, placing it in the same range as the upcoming Nubia NX606J. AnTuTu revealed it will come with Snapdragon 845 SoC that’s 8GB of RAM and 32GB of storage.

The company behind the Black shark phone –Nanchang Black Shark Technology Co. Ltd and China’s foremost retailer JD.com, recently sealed a 3 years Sale and promotion cooperation deal at the Jingdong Beijing headquarters, so Xiaomi should have no problem marketing the upcoming device. 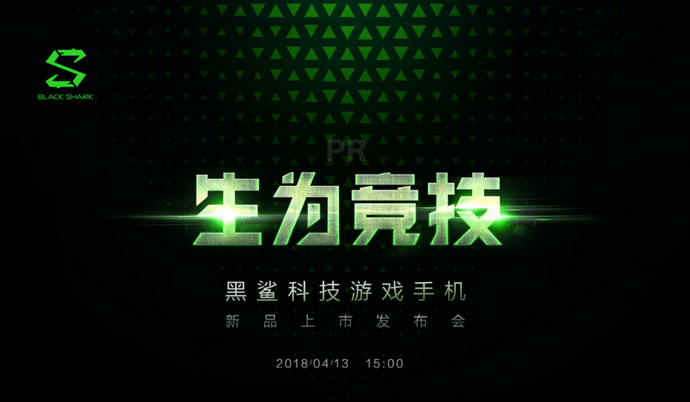 With the launch already slated for 13th April, we expect to see more of the Blackshark specs, features, and designs revealed in the days leading the unveiling.

Previous Xiaomi AI Mini Speaker Sells Out In About 10 Minutes

Next Xiaomi Mi MIX 2S Sold Out in 5 Minutes