Xiaomi will be marking its 8th anniversary on the 6th of April but this company is almost at par with decades-old manufacturers. It holds a high spot in the smartphone industry in China and India and now, data by All View Cloud suggests that Xiaomi Smart TV shipment is currently in the top ten in the global market. The top ten list released by All View Cloud includes Samsung, LG, TCL, Hisense, Sony, Philips, Skyworth, Sharp, Panasonic, Xiaomi, and others. 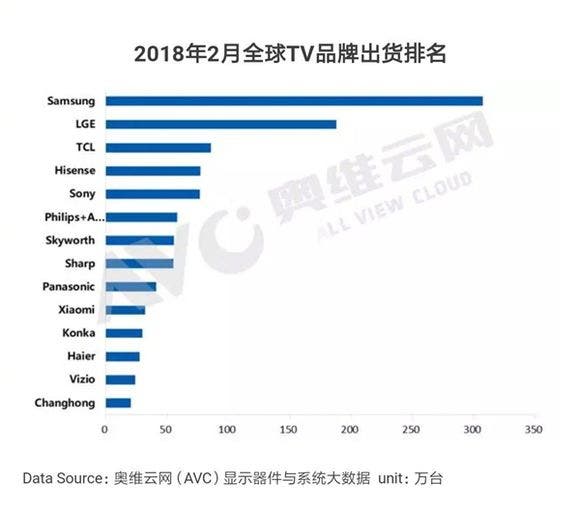 According to statistics, Xiaomi launched its first smart TV product in September 2013, and it has been in use for nearly 5 years. Among its numerous products, Xiaomi TV 4A 32-inch version has attracted much attention. On March 9, 2018, Xiaomi officially announced that Xiaomi TV had set a new record for China. Xiaomi TV 4A 32-inch sold 1 million units in eight months, setting a record for the Chinese television industry. The biggest highlight of the Xiaomi TV 4A 32-inch version is voice interaction. It effectively recognizes the Chinese language irrespective of the age of the speaker. This ensures that users can easily use the keyword search, on-demand movie title command, multiple rounds of dialogue, star search and other voice command features.