ZTE has launched an entry-level handset called ZTE A530 in China without much fanfare. The handset was listed on an e-commerce website ready for purchase with all specs listed on the portal. The ZTE A530 costs 799 Yuan.

As per declared info, the handset has a 5.45-inch display with 18:9 aspect ratio and bears a 1440 x 720p resolution. It has an 82% screen-to-body ratio and there is no fingerprint reader present on the device. 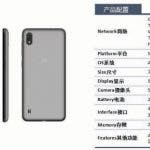 Under the hood, ZTE has packed the MediaTek MT6739 chipset which isn’t believed to be a good performer. 2GB of RAM is in tow with 16GB of storage which is expandable. Speaking of which, the handset has a dedicated SD card slot next to two dual SIM card slots.

As for camera, buyers will get a pretty basic 5MP rear sensor and a 2MP front sensor. The handset runs Android Oreo flavoured by Mifavor 5.2 with the help of a 2,600mAh battery. The listing also shows dual 4G and VoLTE support, 3.5mm headphone jack, and a micro-USB port. The handset has a silver hue and costs 799 Yuan or $127.

Next Xiaomi Redmi Note 5 To Arrive Indonesia On April 18