Samsung’s most popular series for the common man, the J series, jsut got bigger today with the launch of the Galaxy J7 (Duo). The handset had been in the rumour mill for some time with leaked manuals and images hitting the net earlier last week. The Galaxy J7 (Duo) is also the first dual camera of the J series. The handset is priced Rs 16,990 and will be sold in Black and Gold colours.

The handset sports an out of favour design with the display being a 16:9 instead of the trendy 18:9. This means that you not only have thick bezels but a front home button and capacitive navigation keys. The rear has a vertically aligned dual camera setup with no fingerprint reader in sight. 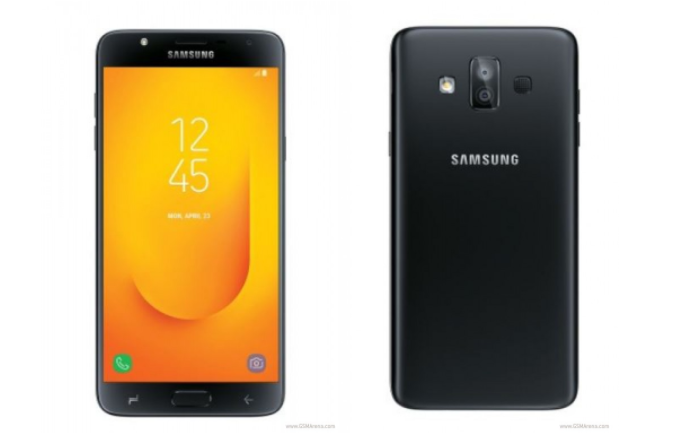 As for the specs, the Galaxy J7 (Duo) is driven by an Exynos 7 series processor, 4GB of RAM and 32GB of expandable storage. The display is a 5.5-inch HD AMOLED panel pretty much like the old times. There’s solace in the fact that ti at least runs Android Oreo on a 3,000mAh battery.

The camera setup on the rear includes a 3MP and 5MP configuration. The primary shooter has an f/1.9 aperture along with LED flash while the front has an 8MP selfie shooter. There’s support for the Bokeh effect, Face Unlock, as well as a Beauty mode. There’s no mention of Bixby so we’re unsure if the handset does feature the AI assistant.

The handset is priced Rs 16,990 and will go head-to-head with the likes of the Redmi Note 5 Pro.