Intex Technologies today announced a new pocket-friendly Android smartphone in partnership with four leading mobile retailers based in Pune, India. The new device dubbed the Intex Uday is as basic as its associated price tag with the major selling points been the presence of rear fingerprint sensor and its 3GB RAM size. It also highlights the DataBack data saving feature which provides up to 500MB Free Data back per month.

Talking about specs, the Intex Uday flaunts a 5.2-inch HD display and powered by a 1.3GHz quad-core MediaTek processor coupled with 3GB of RAM and 32GB of storage which is expandable up to 128GB using MicroSD card.

In charge of the photographic functions is a 13-megapixel main sensor with LED flash and a 5-megapixel secondary snapper, also assisted with a dedicated LED flash. Oddly enough, the Intex Uday runs on the dated Android 7.0 Nougat and comes with a full array of connectivity options including 4G LTE, dual-SIM slots, Wi-Fi, Bluetooth, and GPS.

The Intex Uday is dual SIM enabled and is fueled by a 2,800mAh battery with a rating of up to seven hours of talk time. 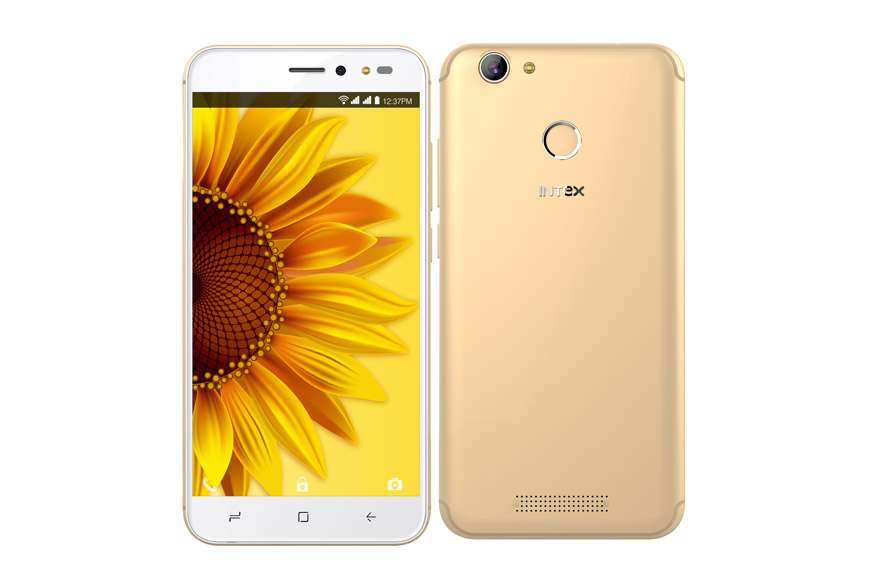 The device is available only in Black, Champagne, and Blue color options, and it is immediately available exclusively through leading retail chains of  Pune;  Kensha Mobiles, Mehta Telecom, Manik Mobile Shopee & The Corner Mobile based in Pune. The device is priced at Rs. 7999, but there is about Rs. 2,200 cash back for Jio customers.