In the recent months, several manufacturers began working on smartphones with super large 10000mAh battery or even more than that. How these phones actually behave in real life as far as battery life or performance goes is really hard to tell without trying them first-hand. 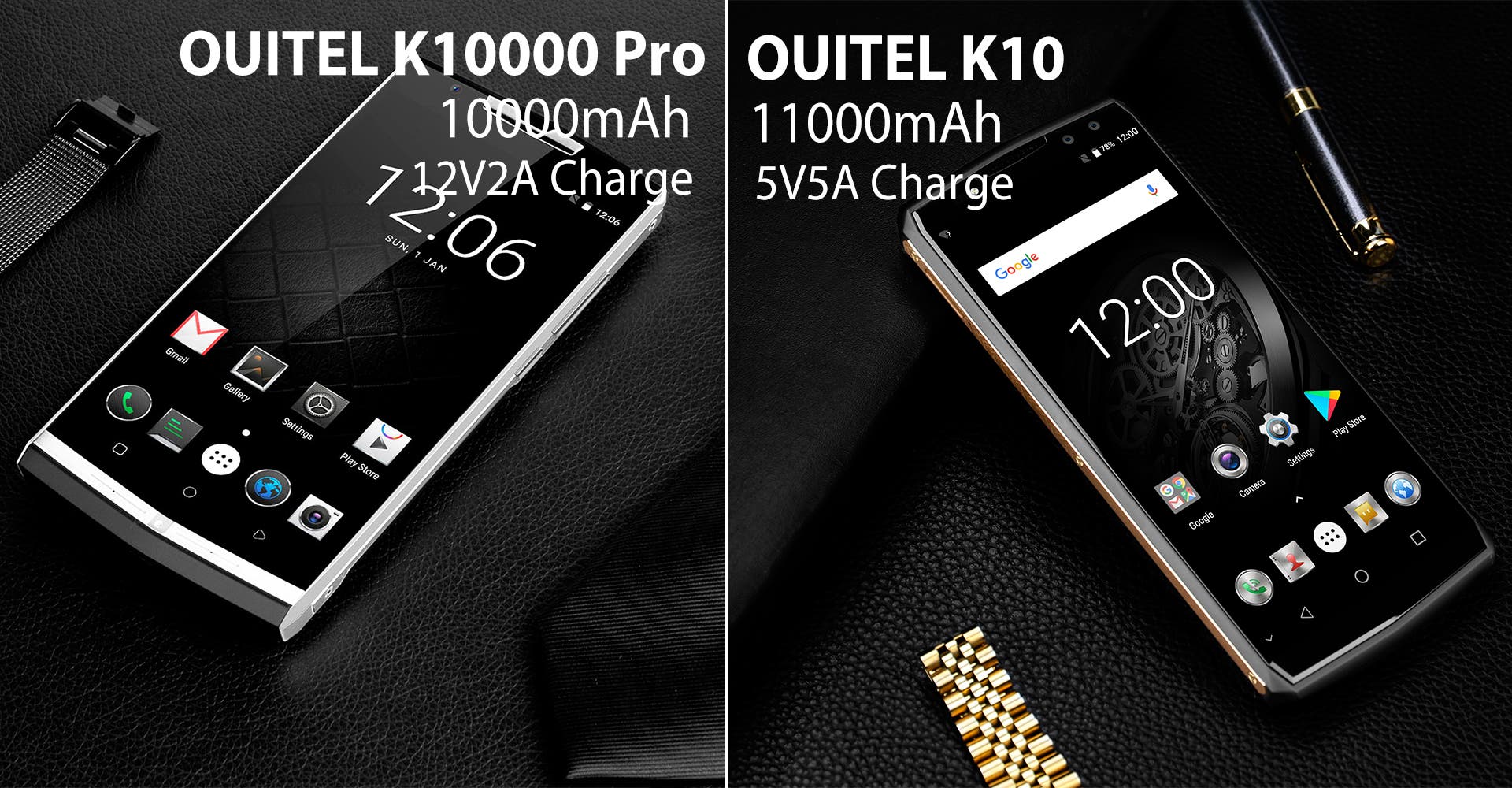 The first model is already out of production, but the other 3 are still hot on sale. Among the 3 that are still on sale, K10000 Pro and K10 are more favorable in the market. The K10000 Pro is a 5.5-inch smartphone with a battery of 10,000mAh, but more importantly with support for “fast charging” – 12V / 2A, which allows you to fully charge the device for 2.5 hours and while the smartphone is able to withstand up to 7 days of intensive use. It also carries a MediaTek MT6750T octa-core chipset with 3GB of RAM and 32GB of storage. 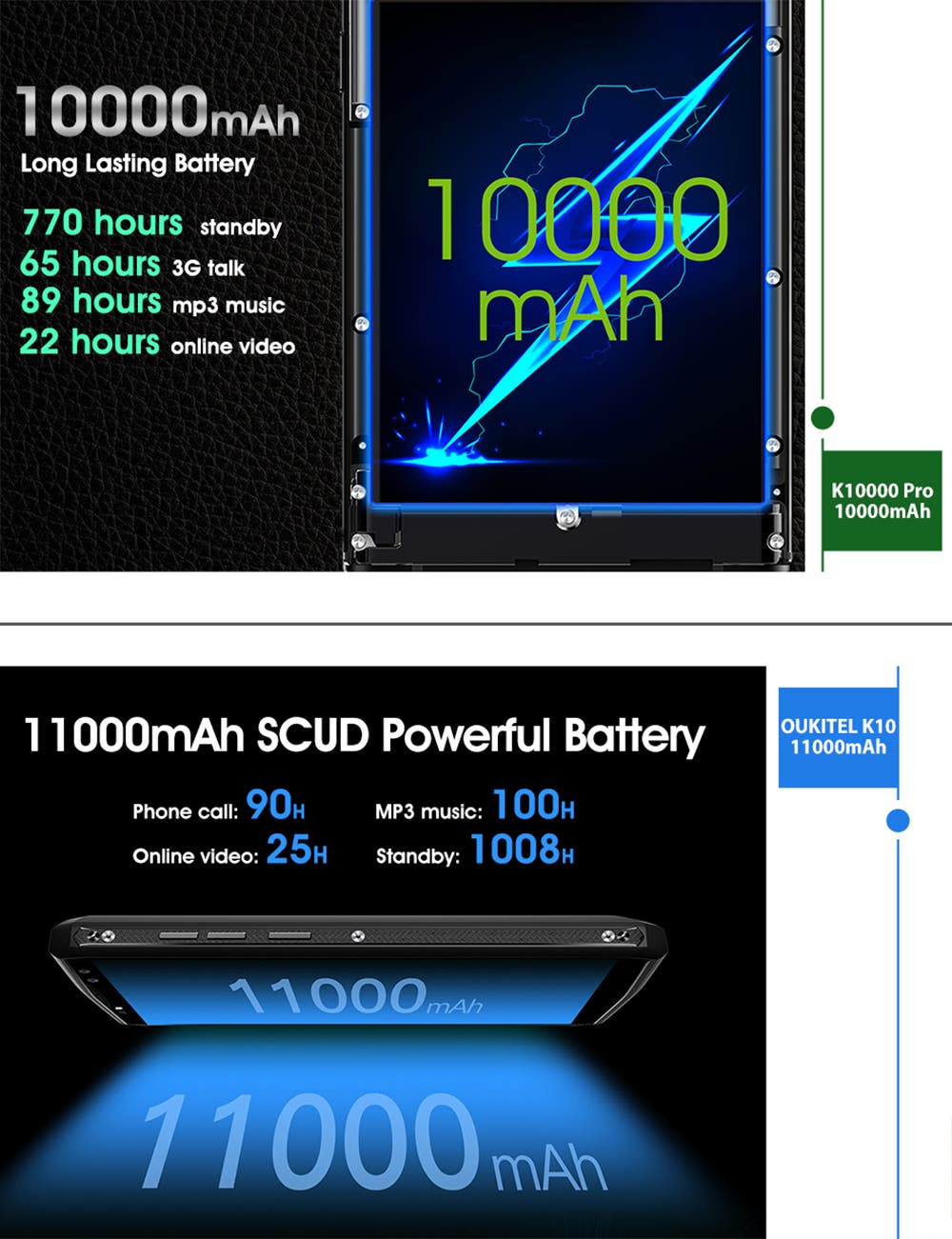 The newer model – the OUKITEL K10 – incorporates all the best features from its predecessor, significantly adding up both in battery life due to a more modern processor, but also received a more important improvement in design in terms of convenience for everyday use. The K10 is a 6-inch 18:9 display smartphone which runs on a MediaTek MT6763 processor along with 6GB of RAM and 64GB of storage.

Another improvement of K10 is the presence of even faster charging with the 5V / 5A support, which allows you to charge the device with a battery for 11000 mAh in 2 hours and 15 minutes! 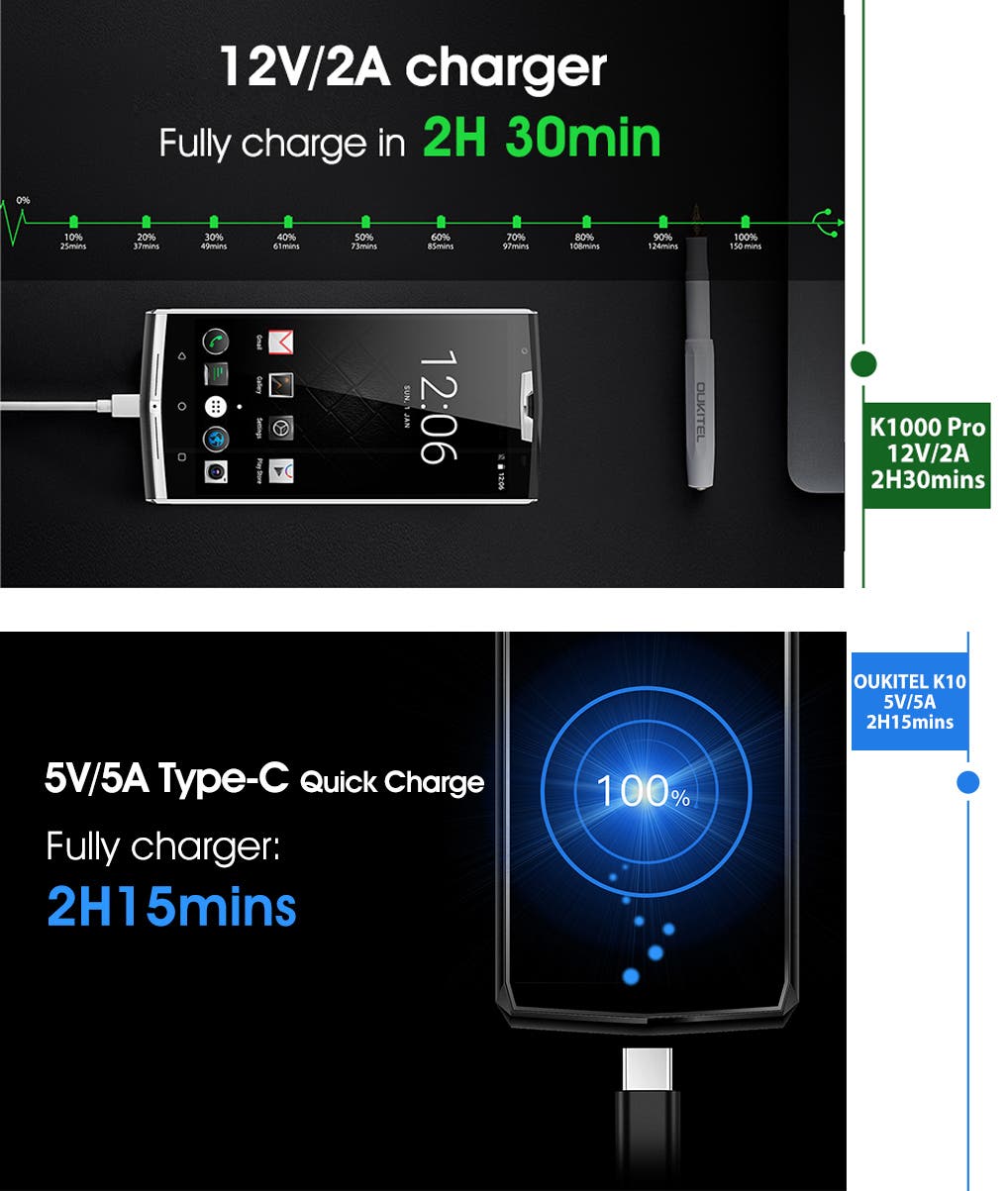 Next Intex Uday with 5.2-inch display and fingerprint sensor officially launched in India