The Moto G series has been making the news for quite a few weeks now. With there being three Moto G devices in the works across two different price segments, the E series seemed like they would get overshadowed. But as of today, the Moto E5 Plus has made an appearance on Geekbench. 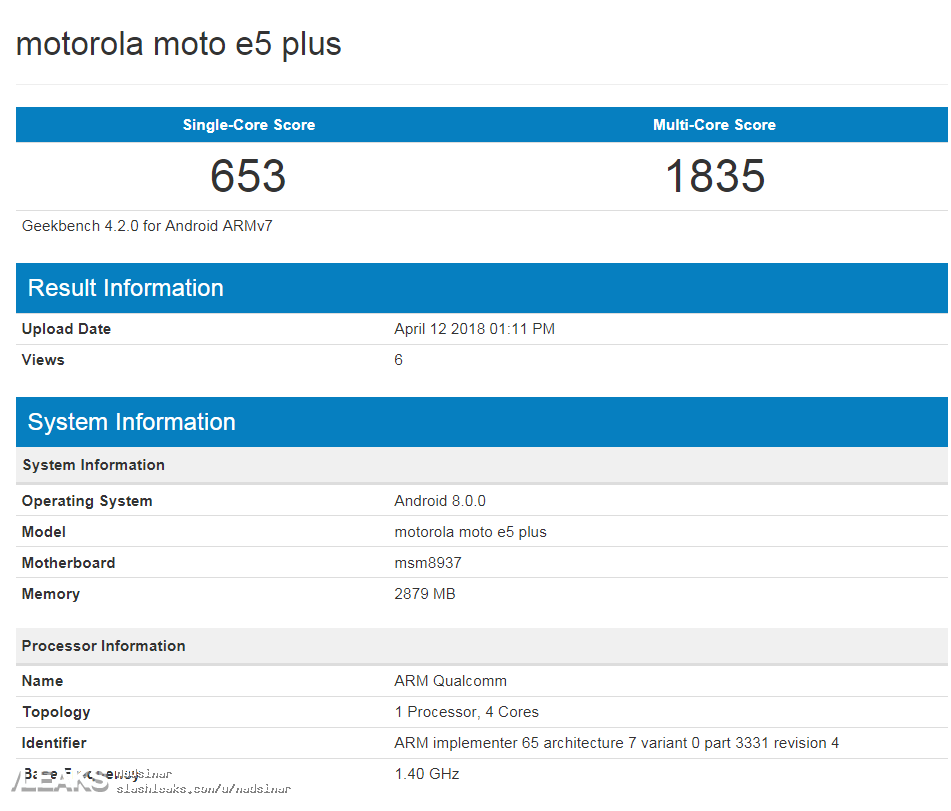 The listing throws light upon a few of the rumored specs. Starting from the motherboard, which is the quad-core MSM8937 aka Qualcomm Snapdragon 430 chipset clocked at 1.4GHz, the Moto E5 Plus will sport 3GB of RAM and will be powered by Android 8.0.0. It scored 653 points on the single core and 1835 points on the multi-core tests.

Other than the listing on Geekbench, we know that the E5 series will have three variants, E5, E5 Plus and E5 Play, with the E5 Plus being the most premium of all. It will sport a 5.8-inch display with HD+ resolution, storage options being 32GB and 64GB. It is expected to sport a 16MP snapper on the back whereas the front is expected to sport an 8MP camera. The handset is supposed to be powered by a massive 5000mAh battery. These specs are sourced from different leaks and reports so we suggest you take this news with a pinch of salt.