Seems like the upcoming Global Sources Exhibition in HongKong just got more interesting, because according to our sources LEAGOO will launch their latest LEAGOO S10 model right there on April 18th. And from the very limited info the phone is looking fantastic so far.

So what do we know about it ? Well not much, but plenty enough to pick our interest. LEAGOO S10 should be featuring triple cameras just like the Huawei P20 Pro and also it should adopt the under-display fingeprint scanner sensor. From the available picture it’s clear the design is one again with the notch, but pretty miniscule one. The phone should be powered either by Snapdragon 845 or Helio P60 processor and come with 6GB+128GB or 8GB+256GB memory capacities. Last piece of info is also talking about 6-inch display. 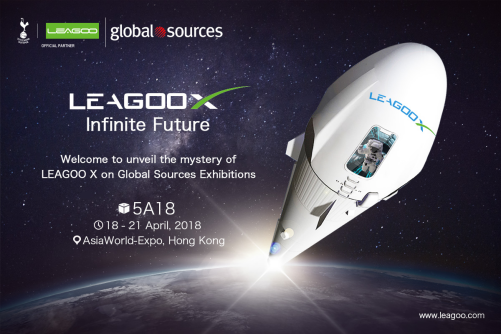 On April 18th there should be also another of their models launched officially. We have seen the LEAGOO S9 first at the MWC, but now it should be the time to make the final official entry to the market. LEAGOO S9 Pro is also a notched phone with 6.18-inch display, Helio P23 processor, 4 GB RAM and 64 GB of internal storage. The launch event itself is codenamed LEAGOO X and we will most certainly cover it in detail.

Previous Beelink TV Boxes Galore over at Lightinthebox - Save Now