Today, Xiaomi has announced its maiden gaming phone, Xiaomi Black Shark, just as it promised. Black Shark is largely funded by Xiaomi and in the past few days, there has been a lot of fuss regarding this device. It’s a gaming phone so its expected that Xiaomi will pack some heavy-duty hardware in this device. From the looks of the phone, it sure appears like a shark, however, its hardware is just as rugged as it looks.

The Xiaomi Black Shark gaming phone truly appears as a “shark”. It has a dimension of 161.6×75.4x 9.25mm and weighs only 190g. That is fairly light for a gaming phone. There is a glowing logo on the back of the phone to add to its beauty and premium appearance. It has an ‘X-style’ unique antenna design which prevents signal issues thus it can be held in any format without problems. The Gamepad easily attach to the side of the phone. For the pad, it weighs just 40 grams and can be carried seamlessly.  It is equipped with Bluetooth 4.0 and its compatible with all devices running Android 4.4 or later. the pad comes with a 150mAh battery and can go for up to 30 hours on a single charge. 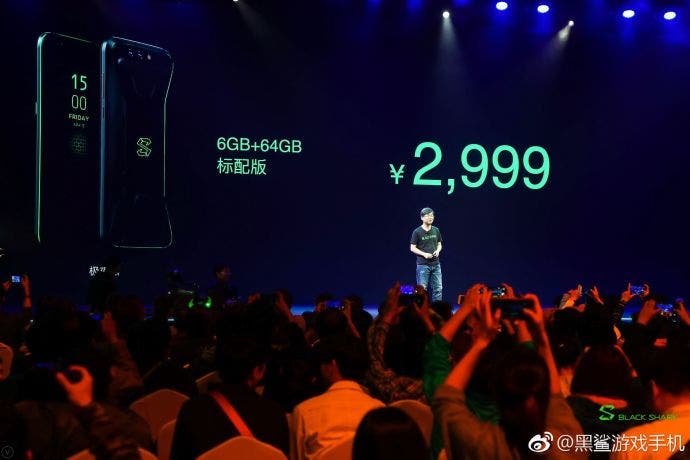 To start off, this device is a 5.99-inch FHD+ display with 18:9 aspect ratio, 97% DCI-P3 color gamut and 550 nits brightness. This means that users have a large display with pure details for gaming. It is powered by an Octa-Core Qualcomm Snapdragon 845 SoC built on the 10nm process with Adreno 630 GPU. This chipset clocks 2.8GHz and it is supported by 6GB LPDDR4x RAM with 64GB (UFS 2.1) storage / 8GB LPDDR4x RAM with 128GB (UFS 2.1) internal storage. Well, you cant call this device a gaming phone without a proper cooling system. Its liquid cooling system reduces the CPU’s core temperature by up to 8-degrees during gaming. For image enhancement, detailed processing, and smooth video quality, this gaming phone has a dedicated image processing chip from Pixelworks that offers an intelligent motion compensation technology. 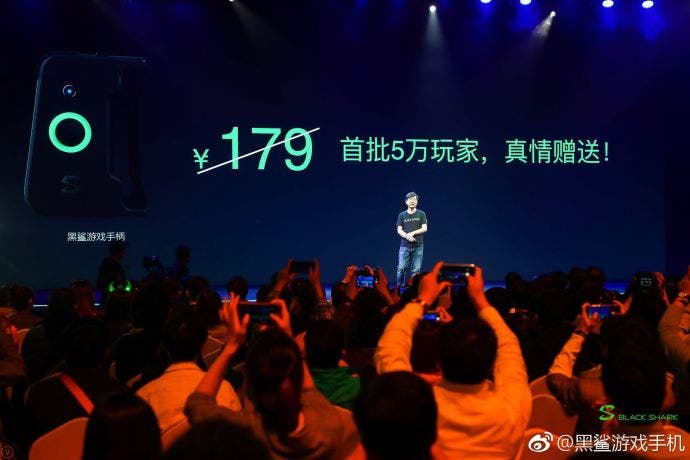 For a better gaming experience, Xiaomi included a dedicated One-touch SHARK key and several features such as silent mode, DND and more can be accessed using the front-mounted fingerprint sensor during gaming. This device runs on the latest Android 8.0 Oreo and its lights are kept on by a 4000mAh (typical) / 3900mAh (minimum) battery with Quick Charge 3.0

Other salient features not mentioned include 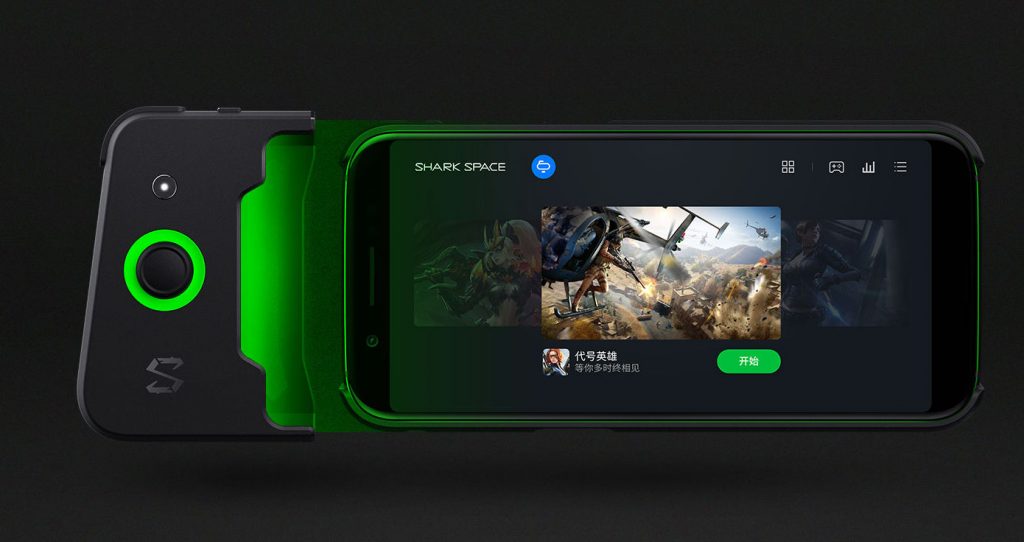 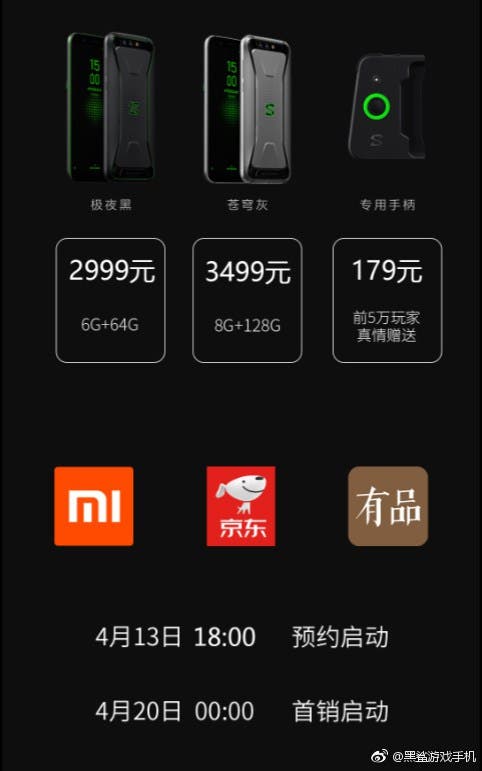