As we’ve been seeing in the past months, the exploration of the “full screen” design language is mainly divided into four schools. Firstly, we have phone with forehead+chin and as wide a display as it can be (Samsung S9 style), then we have bottom chin only, as we see on the Xiaomi Mi MIX 2S/Smartisan Nuts 3. The third design is the trendiest one started by Apple, a.k.a. the top notch and last but not least, we have the tiny dot on the top of the screen to allocate the camera like on the Essential phone and Sharp S2. 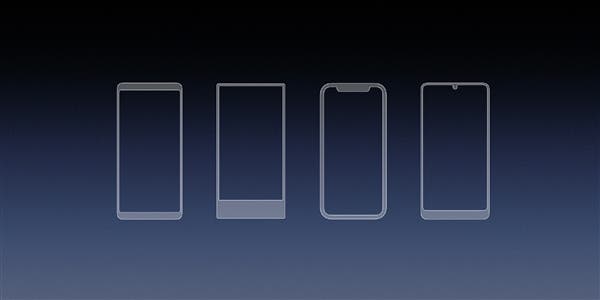 From the Samsung S8 to the latest S9, including some of its mid-range products, the Korean company has always gone with the first design. However, a new patent document issued to the China Bureau of Intellectual Property shows that Samsung might now be working on a top notch device as well. 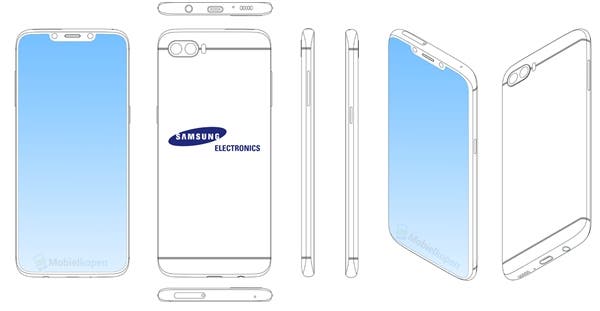 In the sketch, aside from the notch at the top of the screen, the actual screen-to-body ratio appears to be quite high, because unlike other iPhone X copycats, the Samsung phone wouldn’t be sporting a bottom chin along with the notch.

Moving onto the back, we see that Samsung might also implement a similar camera placement that resembles the one on Apple’s phone, but that’s probably a really hard guess as the same images shows different designs as well. 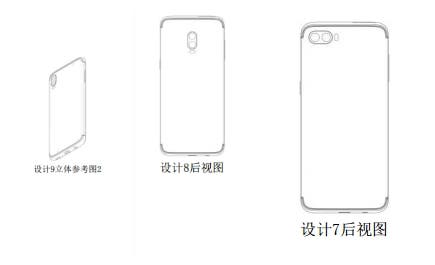 Since the patent may not necessarily correspond to a mass-production machine for the retail market, it is still difficult to determine whether Samsung will actually introduce a smartphone with this design. That said, given Samsung’s ability to produce any kind of display whenever they please, they might always throw it out there and see if it sticks.