The desire to get a completely bezel-less smartphone has triggered the swift research by many OEMs into the on-screen fingerprint technology. A few of companies (vivo and Huawei only) have already launched smartphones with this feature and we have seen patents from the likes of Meizu and Samsung. Now, OPPO is the newest company to patent an on-screen fingerprint scanner after its application was granted by the State Intellectual Property Office of China (SIPO). 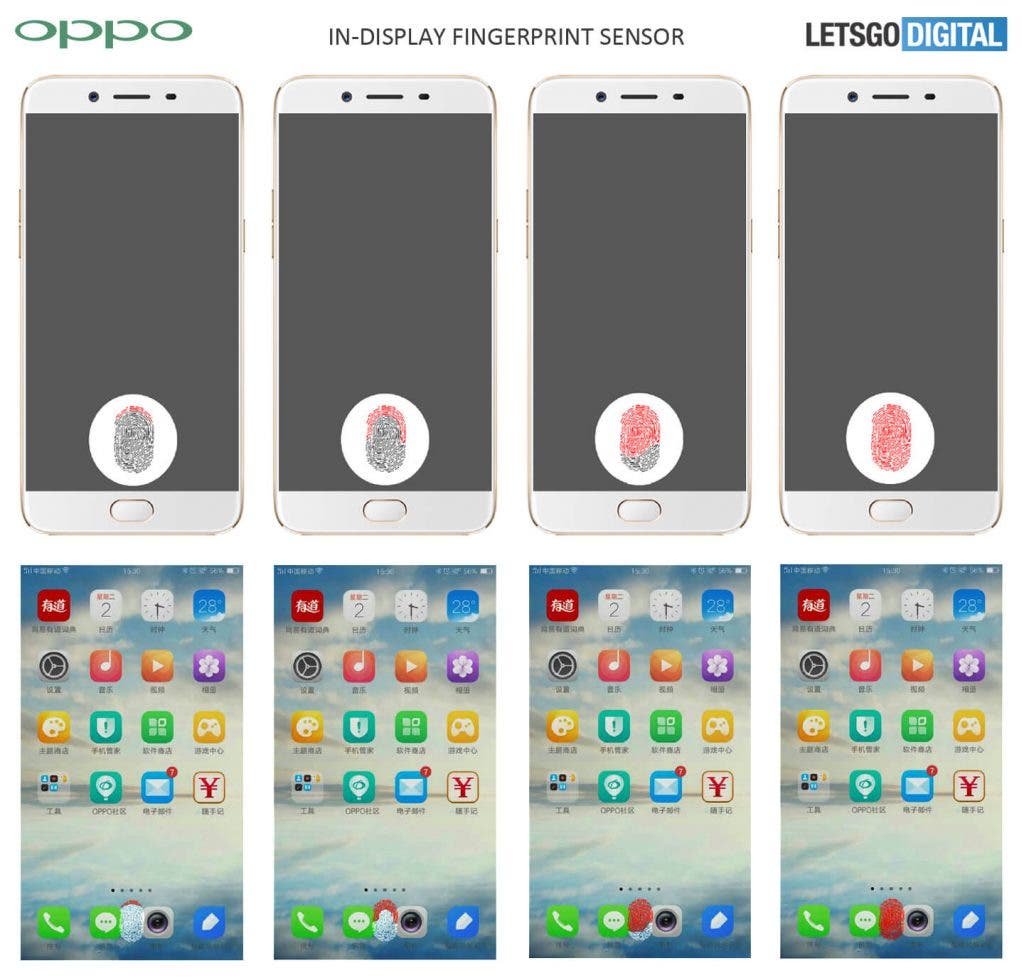 The patent images show that this feature will not only unlock a smartphone, it is also secured enough to make online payments. You can also see the sequence of entering your fingerprint and the area of the finger that will be recognized. This feature can be used while the screen is on which makes it different from Synaptics sensors. Well, since this feature catches all attention right now, we expect to see it on a Meizu phone soon.

Previous Vernee X1, the special edition of X is here with the $199.99 price tag