After a month of rumors and speculations, the Mi 6X is closer to an official release. The company already scheduled an event for April 25th at Wuhan University, where we will know the newest company’s mid-range and the highly-anticipated successor to the Mi A1.

After some pictures leaked today showing the handset in a set of unique color variants, a new official video made its way around the internet, showing all the splendor of this new and bright Xiaomi smartphone.

The teaser confirms our previous report informing the color options for the Xiaomi Mi 6X – Red Flame, Cherry Powder, Sand Gold, Glacier Blue and Black Stone – Of course, the only new addition to the current offerings in Xiaomi’s portfolio is the Glacier Blue color variant, since the Mi 5X was released in all the colors present in this teaser.

According to reports, the Xiaomi Mi 6X will feature a Snapdragon 626, that is a slight upgrade from the Xiaomi’s favorite Qualcomm processor. Clocked at 2.2GHz the 14nm octa-core processor will offer a great value for the mid-range smartphone enthusiasts, even though a better upgrade like the Snapdragon 636 would be welcome. 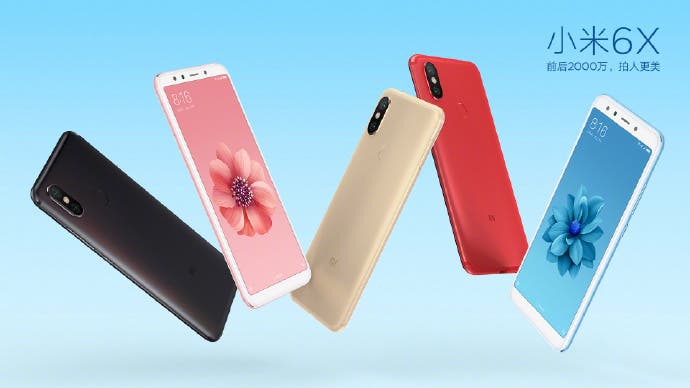 The smartphone will also feature a 5.99-inch display with 2160×1080 pixels putting this smartphone in the Xiaomi’s gang of 18:9 smartphones. Curiously, the Mi 6X will be the fifth smartphone from the company to sport such display size. The others are Mi Mix 2, Mi Mix 2S, Redmi 5 Plus and Redmi Note 5. This may not be a problem for everyone, but of course, more display size options could attract consumers with different preferences. 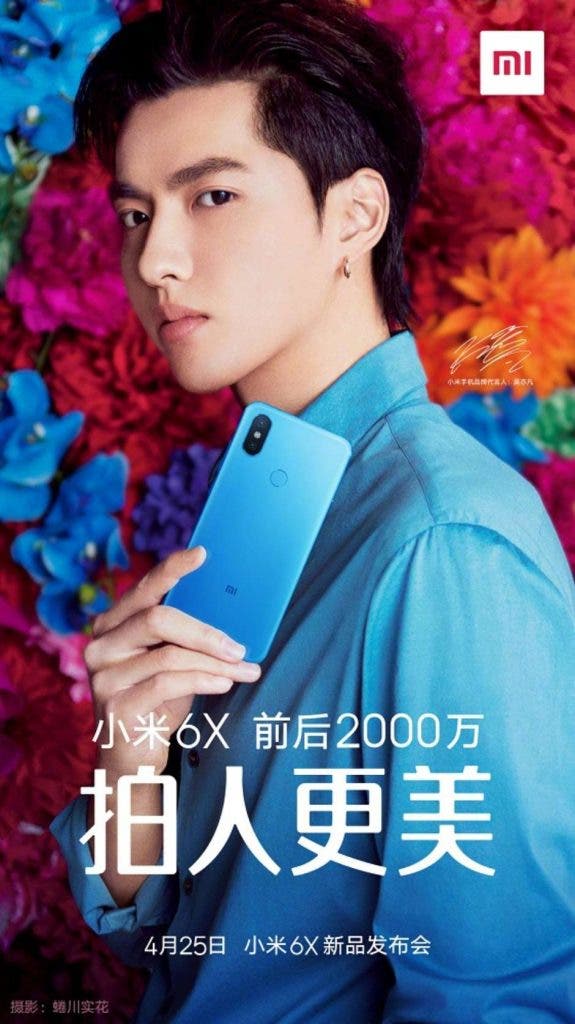 The rest of specs for the Mi 6X includes the amount of 4GB RAM and 64GB of Storage that just like the Mi 5X, may offer the support for increase via microSD card. The smartphone will come with Android 8.1 Oreo and MIUI 9.5 running atop. Anyway, thanks to the Project Treble support, getting an AOSP ROM running on this smartphone will be a piece of cake.

Furthermore, the smartphone will be fueled by a modest 2,910mAh battery. This amount of juice, will for sure displease some potential consumers, despite the low consumption of Snapdragon 626, it can’t help when Xiaomi familiarized everyone with high-capacity batteries inside their mid-range smartphones. Lastly, but not least, the smartphone may drop the 3.5mm headphone jack in favor of a single USB Type-C port that will offer digital audio output.

The remaining details about the Mi 6X will be known in the next week. So, mark the 25th April date. As you may know, this device may be rebranded to Mi A2, get Android One and be officially released in India. After that, it will be available in other countries where Xiaomi has a presence and unofficially available to the rest of globe thanks to the online resellers.

Previous Huawei will launch its first 5G smartphone in 2019