The Lenovo P2 may be an already old device, being released in 2016 the smartphone brought some of the best mid-range specifications for that time. It included the power-efficient 14nm Snapdragon 625 chipset, a 5.5-inch FullHD display, 64GB of Storage and 4GB of RAM. Of course, the most appealing feature introduced by this smartphone, was the massive 5,100mAh battery, that coupled with the SD625 would be able to deliver two days of usage.

The Lenovo P2 can be considered a great contender even nowadays, however, if you opt for grabbing one now, you might be plagued by the lack of software support, something that isn’t unusual for Lenovo. The smartphone was originally launched with Android 6.0 Marshmallow and got an official update to Nougat 7.0, however, an update for the latest Android Oreo is something impossible to happen, at least if you’re waiting for officially signed updates.

Thankfully custom ROM community has embraced this battery monster, bringing an official release of LineageOS 14.1 and even a LineageOS 15.1 Oreo-based that is ready for a daily usage. With Custom ROMs the owners of Lenovo P2 can keep enjoying their smartphone without feeling so outdated when it comes to software support. However, there is an annoying problem separating those who want to update its smartphone from the sea of available Custom ROMs, and it’s the inability to unlock the P2 bootloader. 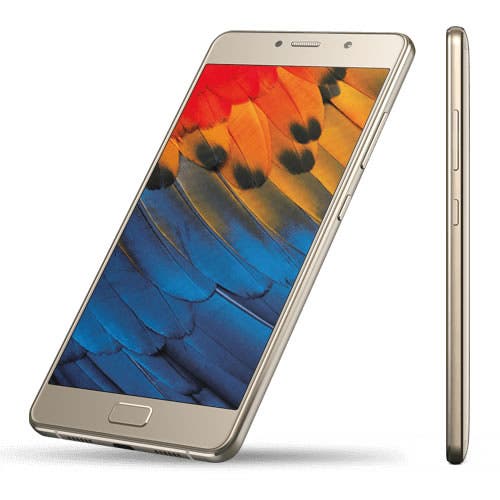 If you’re familiarized with Custom ROMs, you know what we’re talking about, but if not, let me just explain. Unlocking the bootloader is required in order to flash a custom made ROM into your smartphone since a locked bootloader is able to flash only signed boot.img in the smartphone, not allowing users to flash another AOSP-based boot.img such as the one present in LineageOS builds. Typically, the process involves activating developer options in Android and checking the allow OEM unlock option present in this sub-menu. After that, a user should reboot to bootloader and apply the “fastboot OEM unlock” command in a terminal connected to the smartphone.

For the Lenovo P2, when you try to check the “Allow OEM Unlock” option, you have to first accept some terms to state that this procedure will void your warranty. After checking it, you’ll need to sign in with your Lenovo account and wait 14 days for a permission. However, some owners of the P2 are unable to sign in for the 14 days wait period because of an error saying that their Lenovo ID email address hasn’t been verified, even though it has. 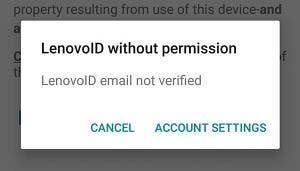 This issue has been happening with some users through an entire year, and just now, thankfully Lenovo decided to investigate the issue. Last week, a Senior MotoAgent posted a comment on the forums stating that the company is looking into the above issue. However, no updates or current status has been given since this “official” comment. Unfortunately, Lenovo P2 owners will have to wait a little longer to know what is going on, at least with some more hope.

Given to the error message, the issue doesn’t seem to be more complex than just a glitch in their system. This comes just to annoy even more users that already are forced to wait 14 days before being able to unlock the bootloader, other companies like Xiaomi are very known for adopting such practice. We just hope that this error isn’t something intentional from Lenovo to not allow users to unlock bootloader and uninstall certain pre-installed applications, that would be silly.

We just hope that this issue can be resolved fastly by the Chinese manufacturer and the users who are experiencing this issue can finally surpass this restriction and start enjoying the world of custom ROMs and all the benefits of updated Android Versions, after all, that’s the main benefit of Android freedom.