The rumors about the Xiaomi Mi 6X have been growing slowing since the start of this year, however, since the last month, we started to see a new wave of leaks pointing that the smartphone could be very close to see a release. Now, we are just a few days before the official launch of Xiaomi Mi 6X, but even though the leaks wave can’t stop. 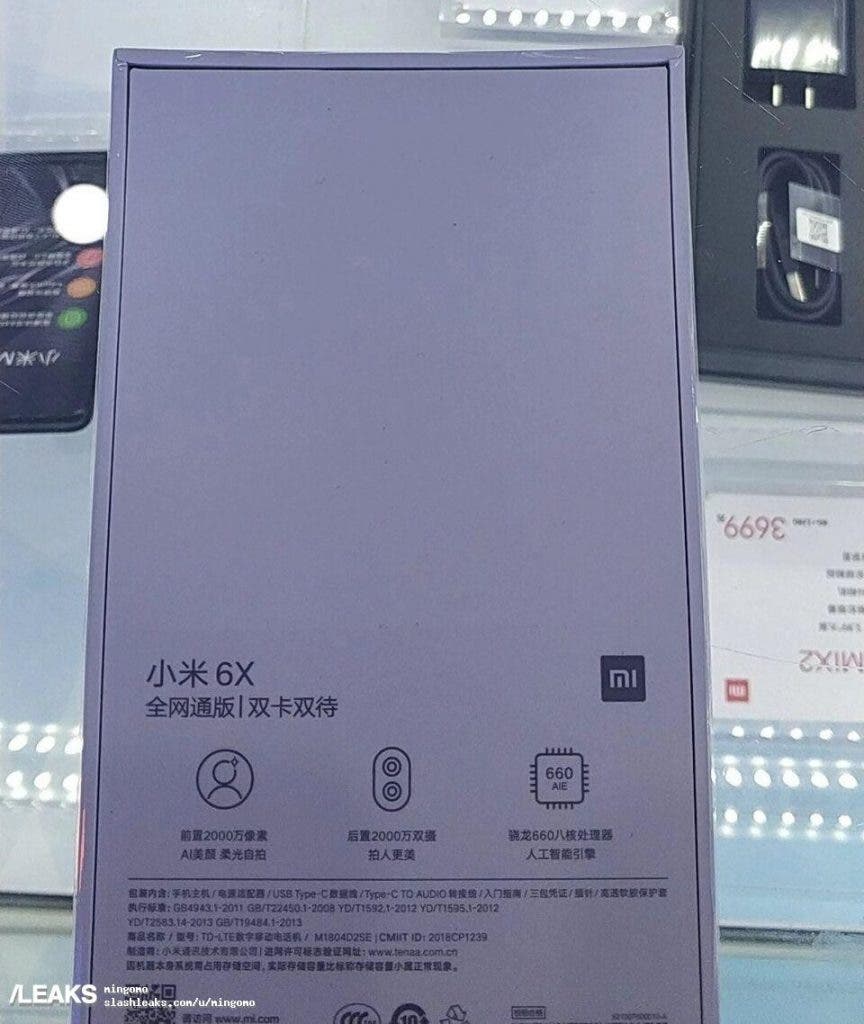 Today we’ve got in our hands – courtesy of the slashleaks folks – a new picture showing the retail box for the Xiaomi Mi 6X. The box itself doesn’t reveal appearance or show a glimpse of the smartphone, however, it gives some details about the specifications, including some surprising news.

Previous leaks pointed that the Mi 6X would feature a Snapdragon 626 Octa-core, that is a successor for the Xiaomi’s favorite Snapdragon 625 SoC. However, this new leak, comes to differ, inserting the powerful Kyro Snapdragon 660 as Mi 6X core processing power. Previously the Mi 6X was put behind another company’s mid-ranges like the Redmi Note 5 which uses the Snapdragon 636, however, if the 660 is indeed powering the Mi 6X it will be directly inserted in the Xiaomi’s premium mid-range category. 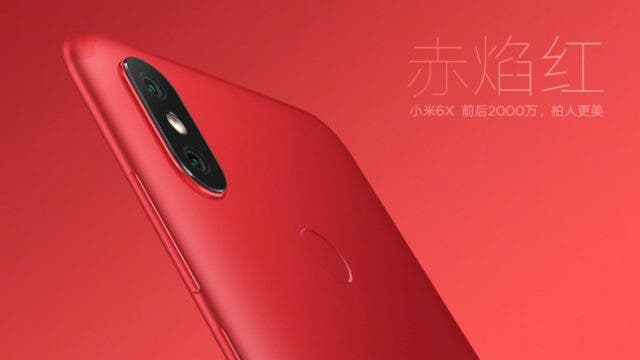 However, every good news comes with a bad part, and the inclusion of a USB Type-C to 3.5mm dongle, confirms our earlier speculations that the Mi 6X wouldn’t come with a 3.5mm dedicated port for headphones. While some people may be used to this new tendency, of course, some smartphone enthusiasts will be greatly disappointed with the removal of the infamous port.

Other specifications for the Mi 6X includes a 20MP+8MP dual-camera sensor on the back, and another 20MP selfie shooter with portrait mode enabled. The smartphone will come with Android 8.1 Oreo and MIUI 9 running atop. Sadly, the smartphone will carry an underwhelming 2,910mAh battery, that shouldn’t give more than a day of usage under normal circumstances.

If you’re anxious for knowing all the details about this new Xiaomi smartphone that should also stand as Mi A2 in the future, don’t forget to schedule a reminder for the April 25th date, when Xiaomi will reveal the Mi 6X in all its glory.