The Bluboo S3 is one of the latest phones to come through that is designed to overcome nowadays worst nightmare – running out of juice on our phones. The S3 looks to achieve this through the inclusion of a substantially larger battery rated at a capacity of 8500mAh. Now, to further highlight just what sort of battery life one can expect from the Bluboo S3, the company has released a new video specifically showing the new phone undertaking a battery-draining test. Here’s the video:

The test begins with the company setting the Bluboo S3 to stream music for one hour, it then gets 1hr of 1080p video playback, followed by 30 minutes of video recording using the rear camera, 30 minutes of chatting on QQ and finally one full hour of playing PUBG. That equals to a total of four hours of heavy usage, how did the battery behave in that lapse of time? Not bad! The phone did only drop to 84% which means it lost 16% of battery capacity, pretty good numbers. From that result alone we could assume that the Bluboo S3 could be capable of providing as much as 20 hours of usage during continuously resource-demanding tasks before fully running out of power. But let’s assume you abruptly run out of juice, you can still fast charge this boy at 12V/2A, which means you’ll get back on the horse in no time. 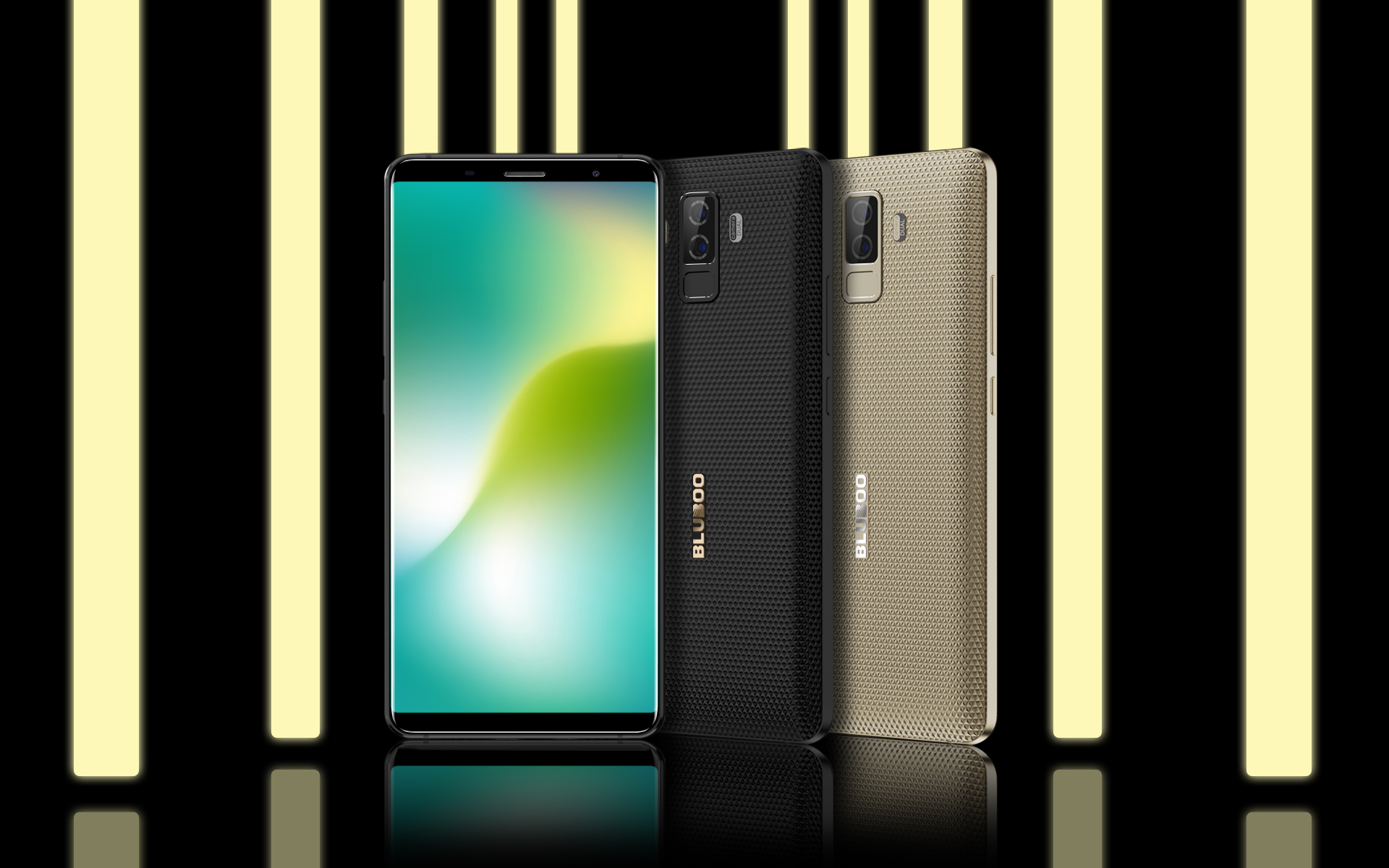 Battery aside, the Bluboo S3 is a device that offers a fairly decent spec list including a 6-inch display with an 18:9 aspect ratio for a greater and fuller viewing experience. Under the hood, the Bluboo S3 packs 4GB of RAM, 64GB of internal storage and is powered by an octa-core processor. The phone also sports a dual camera setup on the back consisting of a 21MP primary camera and a 5MP secondary camera, meanwhile selfies will be handles by a 13MP snapper. Other additional features include NFC and a specially ergonomic design. 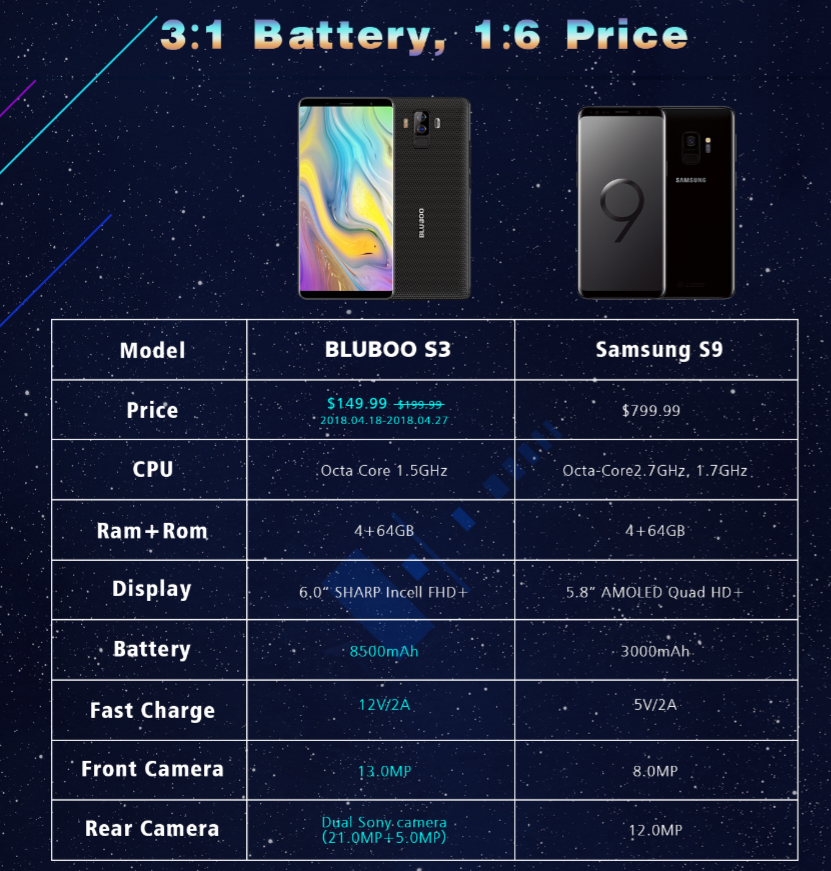 The Bluboo S3 can currently be ordered for $149.99 on Tomtop, which is $50 lower than its expected retail price. So if you’re interested in this phone, get it here during its presale period to save some extra bucks.

Next DBPOWER RD-819 3200 Lumen Projector on Sale at Amazon