In the past, there has been news of Xiaomi’s self-developed processor but in recent times, nothing has been said about this. After the release of Surge S1 last year, everything went cold. However, it does not mean that the company is not working on its chip. Considering the huge competition in the smartphone industry, adhering to self-developed processors is still a correct path, but it requires a huge amount of time, patience and funding. 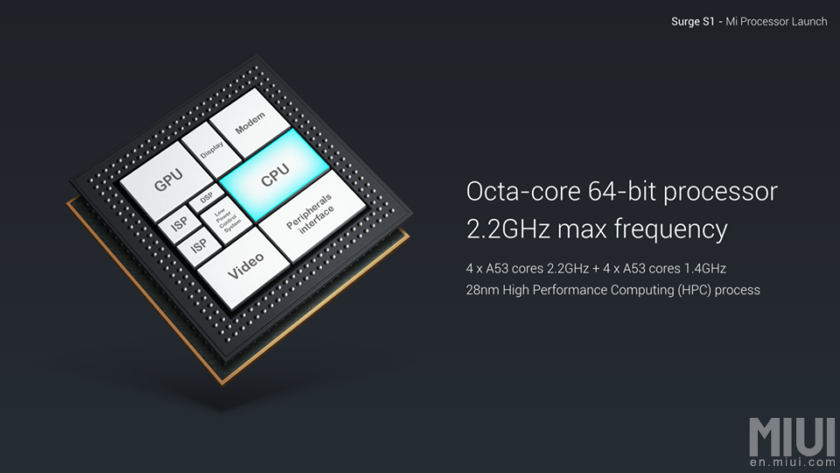 Now, Taiwan’s Electronics Times reported that Xiaomi has reached a secret agreement with TSMC, to produce the S2 processor based on a 16nm process. From the previous exposure, the S2 is based on TSMC’s 16nm process technology and it has an eight-core design. It contains four A73s with a frequency of 2.2GHz and four A53s with a frequency of 1.8GHz. The built-in GPU is a Mali G71MP8. UFS2.1 and LPDDR4 do not support CDMA networks and their performance is equal to that of Kirin 960.

As of now, no one can be certain about the specific details of the S2 because there is a lot of variables that are still been edited from time to time. However, we are certain the Xiaomi’s S2 chip is in the works and will be released when ready. What do you think about the S2? Let us know in the comments below.