After a well-received K1, Koolnee launched the K1 Trio which is just its second smartphone launch. However, it sure as hell doesn’t look like one. Even the Koolnee K1 was a very well-built phone and it received a lot of attention. The Koolnee K1 Tri aspires to be something more than the Koolnee K1. It wants to provide modern features like extremely thin bezels and an overall great phone at a very affordable price.

We used the phone for quite some time and we’re upbeat about the latest smartphone. We’ll let you know about them in detail in our review below. Also, the final verdict will be at the end for which we will first pen down our experiences with the device. 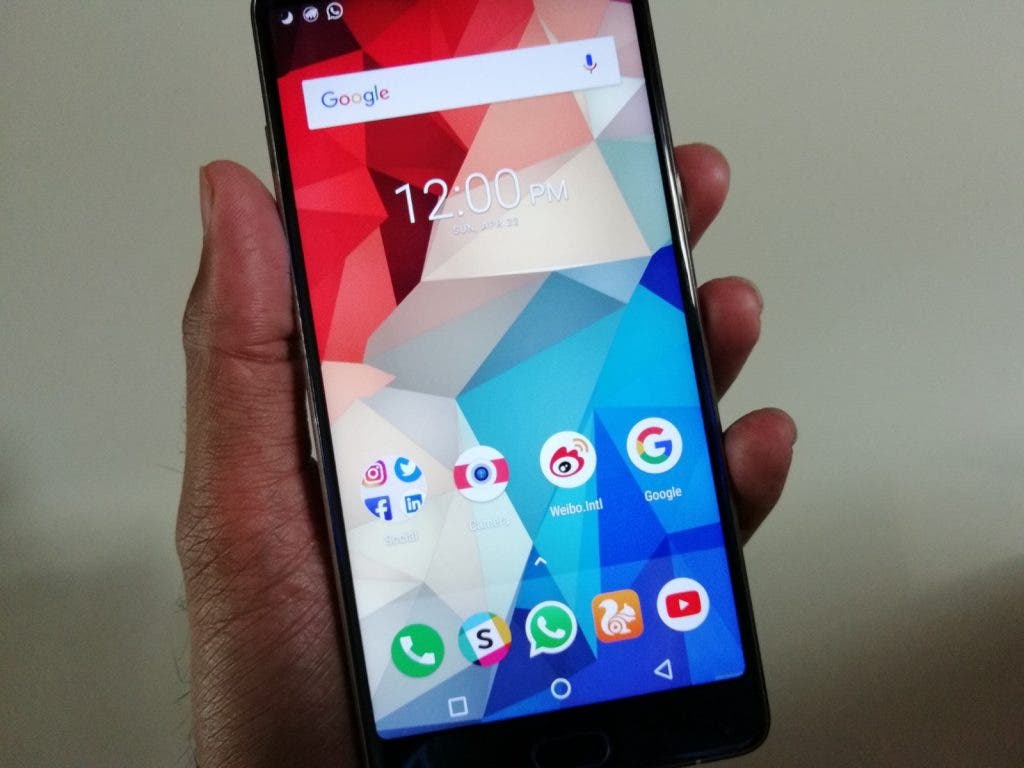 The Koolnee K1 Trio amazes with its looks and charm. It has a sleek and silky smooth metal design with a unique colour. At the top, it leaves a very slender room for the earpiece and a couple of sensors. At the bottom is a sizable chin for the biometrics. Apart from that, its almost edge to edge. A minor gripe was the placement of the volume button and power button on the opposite side. I had trouble using it in landscape mode as I accidentally pressed one of those buttons quite a few times. As I said in the unboxing, it is heavy and I never got used to the extra weight of the device. It is manageable in daily use though. You’ll feel the extra grams during your long in-hand sessions. The front fingerprint reader is good enough for daily use but not as fast as, say, the Redmi Note 5 Pro. However, it is very accurate. I almost never had to double scan my finger in my days of use. The rear has a curved 4D Glass design but I doubt its glass as it seems plasticy when you knock it. The handset is a bit slippery and smudgy too but not as much as the Honor 9 Lite. The corners are also steel-made with chamfered edges, the likes you’ve seen on the Galaxy S6. All in all, the Koolnee K1 Trio has just an awesome design fit to be in the premium segment.

The front 6.0-inch screen is the star of the show that makes the smartphone a joy for multimedia users. The display of the Koolnee K1 Trio is colour accurate and very bright. You’re not going to have trouble in outdoor usage with it. Also, the viewing angles are great too. Touch sensitivity is perfect as well and you couldn’t ask for more with this display. I, for once, was satisfied with the ample real estate when I played games.

Sound levels were a bit on the lower side than most average speakers, I must say. During my content consumption, I found myself cranking up the volume to high levels many times to get desired levels. But, it doesn’t differ by much. If you’re alone by yourself, you won’t notice that much of a difference. Call quality was via the earpiece was good but the phone doesn’t support VoLTE which I use in India. So, I had to take. The headphone jack also does its job and won’t get you complaining if you’re used to average quality.

The Koolnee K1 Trio possesses the MediaTek Helio P23 chipset. In my regular tasks, the processor served well most of the time. There were instances where the CPU would skip a heartbeat but that was pretty rare. All I’m saying is that it isn’t as fluid as the Snapdragon 630 series. If you’re coming from something like that, you’ll notice the difference straight away. Also, at such a low price point, the handset has 6GB of RAM and 12GB of storage which I found to be a very welcome addition. That amount of RAM does help the processor in multitasking and games and I found myself downloading a lot of content because of that huge extra onboard storage. That amount of storage is a highlight of the K1 Trio with a $240 price tag.

Casual gaming isn’t at all a worry on this phone as I tried a number of titles like Clash of Clans and Crash of Cars both of which aren’t graphically intensive. Some graphically intensive games like Asphalt 8 for example mostly work well but you can notice some frame drops in a while. In conclusion, the Helio P23 while not as buttery smooth as the Snapdragon 636, it can get your job done. 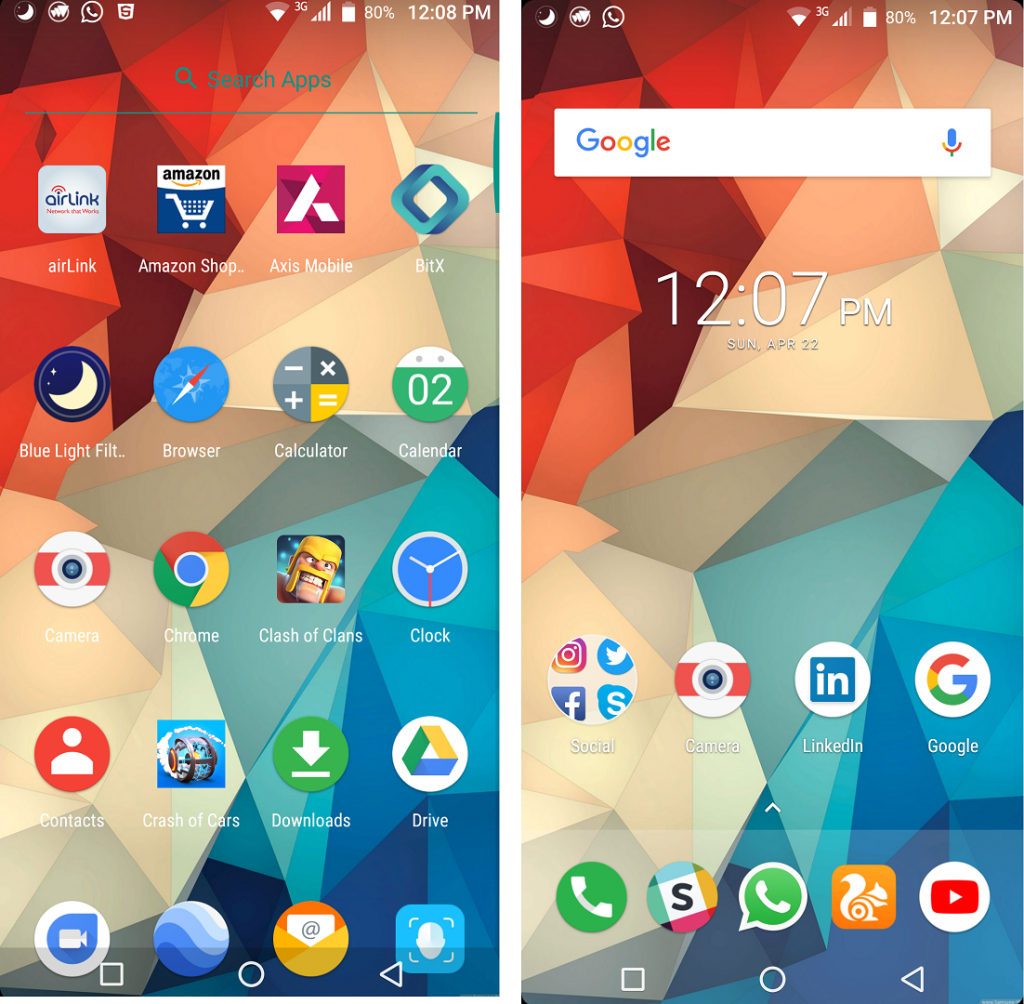 In terms of software, the Koolnee K1 Trio comes with a very close to stock UI. There’s absolutely no bloatware on the phone which is pleasant to see. Even though it is mostly stock, Koolnee does throw in some good customization tweaks in the mix. It comes with Face Unlock which I found to be working reasonably well. Its home button also doubles as a one-touch navigation key. The on-screen navigation buttons can be disabled if users wish to do so. It isn’t anywhere near as fast as the OnePlus 5T version though. Also, low light is where it isn’t ideal to use. I do feel the lack of the notification LED on the phone. I encountered some bugs in the UX whereby the Bluetooth would turn on randomly along with the GPS and it was annoying. However, this might get fixed with an OTA.

The Koolnee K1 Trio comes with Android 7.1.1 and we’re not sure whether we’ll see Android Oreo on this. At least we haven’t heard about an official confirmation. The UX does need some polishing here and there. At places, there are obvious wrong English wordings and sentences that don’t make sense at all. Thankfully, these are issues that can be fixed with software updates.

The battery is another highlight of the phone. The heaviness of the device can be overlooked by the 4,200mAh battery. The handset lasted me a day easily even at times of heavy use. Koolnee has optimized the software well for longevity. You’ll have to be resilient to push this battery to its limits. Sadly, it doesn’t come with fast charging or USB Type-C. Without it, the K1 Trio is quite slow to charge. I mostly charge my devices at night and I never needed to charge the K1 Trio mid-day.

I kept the camera for the last part because it is the weakest point of the Koolnee K1 Trio. That is more so in the case of the selfie shooter. Apart from being positioned a bit awkwardly, the K1 Trio selfie camera just lacks the quality for daily use. It picks grainy shots with noise even in daylight situations. And there isn’t adequate detail at all. And you can forget about night shots since day shots even aren’t good enough. It does have a beauty mode but the best you can get out of this shooter is with plenty of light. Even then it lacks colour accuracy. Well, there are compromises to be made with the Koolnee K1 Trio, and the biggest one is in the selfie department.

The rear camera is much more bearable than the selfie lens. It manages to capture good details and colour accuracy is good as well. It does tend to overexpose and oversaturate in some situations. Also, it doesn’t have an auto HDR mode and the lens takes a lot of time to focus on subjects. Take a look at the images we took with the rear shooters in the above gallery. 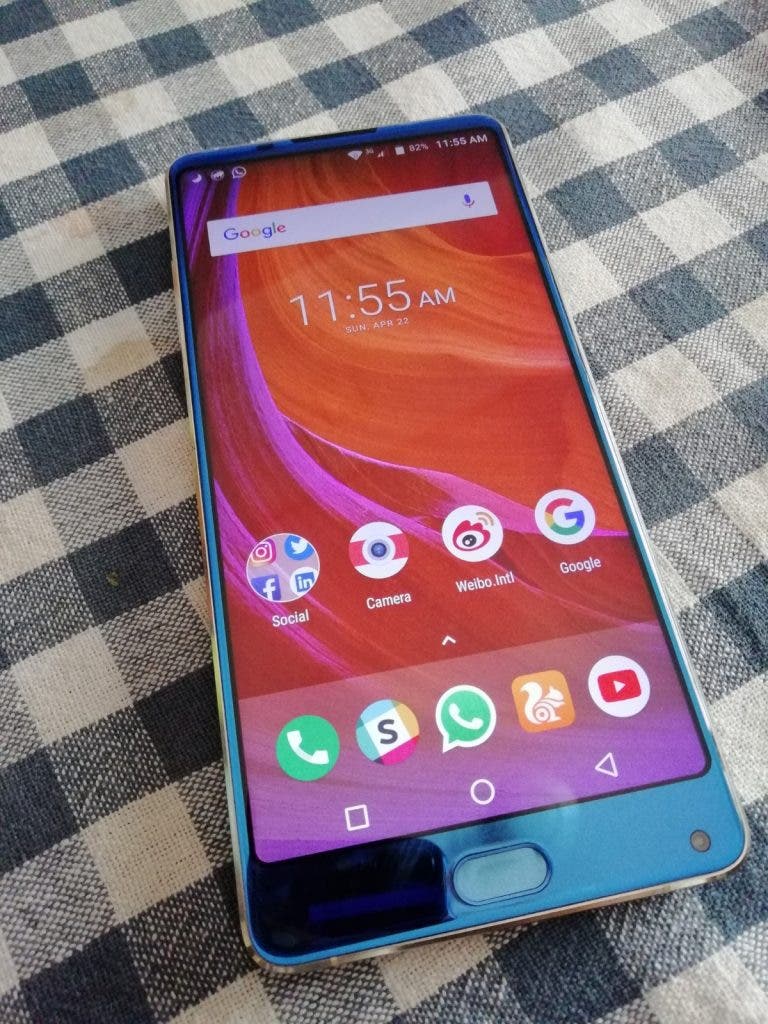 If you’re someone who doesn’t mind selfie quality and camera shooters, the Koolnee K1 Trio is a really good option. Especially at the $240 – $270 price you won’t get a Mi Mix 2s replica of this quality with 6GB of RAM and 128GB of storage. The build and looks are definitely worth the price. I really hope Koolnee had done the selfie shooter better. That would have made the handset a very strong contender in its segment. All in all, being Koolnee’s just second offering (after Koolnee K1 which was a great looking phone as well), we have to say, the company looks committed to providing value. And we’re more excited for the future as the brand improves upon its current offerings.